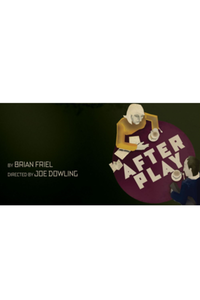 They meet by chance in a late-night cafe in 1920s Moscow. The concert violinist and determined estate owner are unable to escape their origins—the circumstances furnished by their creator are still determining their lives. Part of Andrey remains a boy, while Sonya is still hopelessly in love with the local doctor. Now middle-aged, the characters are comforted by their encounter. There is promise in their meeting...until their stories unfold and the glow of their fantasies makes way for reality.

Wish I Could See Them All
671 Reviews | 208 Followers
90
Absorbing, Intelligent, Profound, Relevant, Romantic

See it if You want to experience two older people struggling with fantasy vs. reality and other issues. Wonderful dialog and acting.

Don't see it if You prefer something brighter or bigger. This is a "slice of life" with a lot to say. You don't need to be familiar with Chekhov.

Don't see it if Not familiar with Chekhovian source material; not a fan of dialogue driven drama

"Brian Friel’s melancholy, pocket-size play...Mr. Friel had been compared to Chekhov, with his gentle humor and reflective, subtle writing. That's certainly on display here. Nevertheless, the hourlong 'Afterplay' is a minor work by this Irish master, and could seem slight were it not for the superb pairing of Dermot Crowley and Dearbhla Molloy. Their dialogue sounds extemporaneous, their monologues genuine and heartfelt. Just as important, each listens to the other with visible compassion."
Read more

"Friel's one-act is infinitely gentle...'Afterplay' winds up as a mere atmospheric exercise by comparison, best enjoyed by those who know the sources. It is exquisitely executed, though. Joe Dowling's production gives Molloy and Crowley plenty of room to stretch, so even these miniature portraits feel lived in and real. Crowley in particular gives us a marvelous rendering of a man realizing that melancholy itself might be the grounds for a new friendship."
Read more

"The Irish levity of Friel's dialogue, directed with palpable heart by Joe Dowling, makes for an enjoyable back-and-forth. But the piece doesn't truly capture our imaginations until this carefully laid groundwork of exposition reveals an organic bridge between the two protagonists. Sonya and Andrey make an ingenious pairing for Friel's joint epilogue...Even if the story of Sonya and Andrey is not resolved in the way we'd like, we appreciate the chance to greet them again."
Read more

"Friel was no purveyor of audience-baiting gimmicks, and his sensibility has led many to call him the Irish Chekhov. If 'Afterplay,' which can be enjoyed as an accomplished late-career chamber piece, proves anything, it's that these two playwrights, who lived decades apart, saw the world in remarkably similar ways...Friel's script is catnip for actors, and, under Joe Dowling's remarkably detailed direction, those fine Irish actors form a double portrait of middle-aged survivors."
Read more

"This is ultimately a one-joke play that becomes more and more unsupportable in its thinness as its gag is explored. Without a production and actors operating at the highest level, it would seem a lark more deserving of your laughs than your concerns. Even with them, as here, it's teetering on the edge. But it doesn't fall off, because Dowling, Molloy, and Crowley are determined to find enough truth in it to keep it upright."
Read more

"Brian Friel has written an immensely delicate piece. The first time one hears the name Vanya, it’s difficult not to wonder whether the play is an exercise, something the playwright might’ve created to amuse himself. By virtue of its unfussy truth and superb performances, however, the writing captures and holds attention...I can’t imagine a more balanced pair of actors...Director Joe Dowling has a light touch with serious subjects and skill with slow revelation."
Read more

"It is enjoyable to see how Friel has allowed these characters to whisper to his intuition about where they might be after Chekhov’s ink dried on the last pages of both plays...Friel’s exercise is a human character study that is both witty and poignant...The able director Joe Dowling and the superb cast lay bare in this beautifully rendered production whose concision and acutely threaded authenticity are a breath of fresh air."
Read more

"There are bright echoes of Samuel Beckett in Friel’s mordantly funny script and in Dowling’s nimble direction...Crowley is pitch perfect as the by turns proud and pretentious concert violinist...Molloy is ideally cast and gives such authoritative line readings that she becomes the still center of the show, the eye of its storm...It’s just two people meeting in a tea room but nothing less is at stake than their happiness, their sense of themselves, their past and what’s left of their futures."
Read more