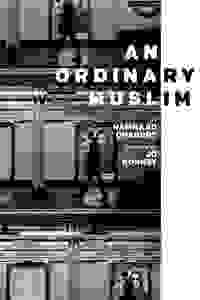 New York Theatre Workshop presents playwright Hammaad Chaudry's professional debut, an exploration of what it means to be 'An Ordinary Musilim.' More…

Balancing the high expectations of the previous generation, the doctrines of their Muslim community, and the demands of secular Western culture, Azeem Bhatti and his wife Saima struggle to straddle the gap between their Pakistani heritage and their British upbringing. Obie Award winner Jo Bonney directs.

Don't see it if you have seen your share of lengthy domestic dramas with lots of intractable complications.

Also In “An Ordinary Muslim” a drama about a family of British Pakistani immigrants & their adult children sits uneasily inside a political position paper. In fact the position paper, though undeveloped, feels fresh, vital, contemporary, while the family drama, which gets most attention, feels more than a little play-by-numbers. Within the family story, the simplest domestic moments are the most powerful—a departing daughter runs back into the house to give a confused older brother a goodbye hug. Perhaps if the script were stripped back to these moments the play would breathe easier. But the dramatist’s decision seems to have been: Stuff it with enough incident, it will achieve some heft. The result is windy. And I can’t understand the decision to lengthen an already long evening by playing music & staging tableaux in the semi-darkness between all the many scenes—even when there’s no set change to cover for. (But the actors are all excellent!)... Read more Read less

See it if you enjoy watching complex characters struggling with identity and societal expectations.

Don't see it if you can’t take a heavy show. My biggest problem with this play is that nearly every scene features an argument. It lacks balance.

See it if you are interested in family dramas and stories depicting feelings of alienation.

Don't see it if you want a quick paced, absorbing play. The story has its merits but the pacing moves at a snail’s pace. The book needs work and editing.

See it if You like theatre that explores the political, social, cultural, and family issues that face Pakistani Muslim immigrants.

Don't see it if You are unwilling to consider the impact of racial and religious discrimination and cultural differences.

See it if you like slow moving plays with rants and tirades about racism.Play has a point to make but does so in a heavy handed way. Show don't tell

Don't see it if you were hoping to learn something about race relations regarding Muslims in the UK, by extension the US. Should be riveting, was dull

See it if Good performances and a compelling story. Held my interest. Works as a family drama.

Don't see it if The political message the author was trying to convey made me very angry.

See it if you enjoy a play that makes you think about the plight of being a stranger in a strange land that doesn't really accept you.

See it if Multilayered play about being Pakistani in England, the once colonial power where the dominant culture looks crosswise at newer arrivals. A

Don't see it if lot going on, macro & micro, revealing many threads that aren't easily tied up, but worth the experience. Looking forward to Chaudry's next.

See it if a well written dramatic play about a family of immigrants living in London who are grappling with the effects of Islamophobia.

Don't see it if you are not open to experiencing a well written play about a family of Muslims.

Also Hammaad Chaudry’s new play, An Ordinary Muslim, is one of the best plays I have seen in years. Actor Sanjit De Silva portrays the main character’s downfall with such passion, you can’t help having your heart crushed by the end of the play. This collection of actors who make up the cast in this production give moving portrayals of the tortured lives of the characters they inhabit. You believe everything that happens on that stage thanks to the nurturing hand of director Jo Bonney. The drama of the play is only heightened by the masterful set design of Neil Patel that sets just the right tone of each scene with a set that breaks apart and floats back together in place like a masterfully created jigsaw puzzle. I have five words for you – DON’T MISS SEEING THIS PLAY.... Read more Read less

See it if You like theater that challenges you, but does so with wit and without condescension. There is a great play here, though a little long.

Don't see it if You need action, and don’t like exposition. Don’t go if you’re bothered by race, religion, right and wrong, or simply don’t like to think.

Don't see it if work where too many interweaving but overly complex plot lines drives you nuts; trust the audience - we get it. a bit predictable

Also A really interesting play that could benefit from some tough editing. Is it a family drama, a political allegory, a comment on contemporary racism? is it all that and more or less. It needs focus and editing to be better. The raw talent is there but the discipline isn't.... Read more Read less

See it if you are aware of and concerned with the prejudice against minorities and the resulting damage to all involved.

Don't see it if you do not want to be exposed to anger and violence both physical and psychological. The ripple effect of damage is profound

Don't see it if Plodding, overwrought play bogs down into soap opera Act II. Characters way too naive and self destructive. Unrealistic puppets of writer.

Also Demand for Muslim knowledge and information apparently enhanced play's popularity, given the two week extension. We are not sympathetic to lead, who basically has thrown his life away out of angst and self hatred. The 2.5 hour slide is especially painful. Besides length, events are ludicrous to consider in everyday life. Drama created is hard to swallow. De Silva is fantastic in carrying the show on his back.... Read more Read less

Don't see it if you're impatient with much talk & little action; though many small moments are lovely, entire scenes and character arcs lack dramatic action

Also There are strong elements of a fascinating play here: complicated family relationships strained by intergenerational immigrant conflicts.
Unfortunately, Chaudry is ultimately unable to weave this rich material into an effective, theatrical form. Characters and scenes tend to repeat themselves and wander out of focus.
Too much is described, rather than shown, for us to know how to take these characters, whose own motives and actions are often not what they seem. In the absence of actual onstage conflict, we are left wondering who is the least unreliable narrator, or at most, the least ambivalent.

See it if you're interested in a play about the Muslim experience in the western world.

Don't see it if you don't have patience for a new playwright learning his craft.

Don't see it if you prefer a theater that dont force you to think and reconsider stuff.

See it if you want to see a family from Pakistan living in London grapple with the pains and tensions between assimilation and cultural traditions.

Don't see it if you are uncomfortable with messy, confused, and selfish human beings seeking their place in their society and in their family/culture.

Don't see it if you aren't patient with a new playwright still figuring things out. There's great stuff in here but it can be edited.

See it if for the complex tapestry of ideas and characters, for the direct and current dialog on religion, tolerance & identity and for great acting.

Don't see it if you're looking for something lighter or less "talky", or if you're expecting a play to also resolve the difficult questions it raises.

See it if you like plays about unique topics, you like new plays, you enjoy plays telling stories from different ethnicities

Don't see it if you want a fun play, you like big production values

Also This new play from an upcoming British playwright tells the story of a Muslim family in England. Ultimately it is a story of family relationships and shows that we are all alike. Great to see an ethnic cast not often seen on stage telling their own story. Playing through the end of March. NY Theatre Workshop continues to produce provocative new work.... Read more Read less

See it if You want to see a show where any nationality can be portrayed with the same life problems and aspirations. Excellent acting, too!

Don't see it if You are not into family dramas.

See it if You are up for a rather cursory treatment of the plight of upper-middle class, modern, progressive Muslims in post-9/11 London.

Don't see it if You are expecting something profound or relevatory.

See it if you want to experience a table drama with something to say, and that provides ample representation for non-white people and narratives

Also This play is exceptionally well written, and contains some knock out performances by a stellar female cast. However, it can't escape the shackles of the table drama, and some elements of the story and the characters' intentions feel muddy. I'm looking forward to the work Chaudry puts out in the future.... Read more Read less

"A timely look at the traumas of dislocation among the children of Muslim immigrants in England, it seems a bit traumatized and dislocated itself, unable to control the gears of conflict to tell its story clearly...'An Ordinary Muslim' is an important work still struggling to emerge from a text f...
read more
Get Alerts Alerts On Alerts Off
"Hammaad Chaudry makes an audacious if erratic professional debut...The play comes most excitingly to life when it probes the mental torment of being Muslim in an increasingly hostile Western culture...Chaudry and director Jo Bonney can’t sustain this one’s central family tension. Still, Azeem’s ...
read more
Get Alerts Alerts On Alerts Off
"'An Ordinary Muslim' is its playwright’s professional debut, and it’s an impressive one...The play feels solid, nurtured, strong-boned...Chaudry has created a meticulous, empathetic ensemble drama—all eight of his characters feel nuanced, human—but the heart of his pain is located in the father ...
read more
Get Alerts Alerts On Alerts Off
"Chaudry smartly plants little seeds of conflict throughout his exposition, and with agrarian patience, the cast nurtures them into fruition. By encouraging such nuanced performances, director Jo Bonney expertly cultivates the slow-build nature of Chaudry's script...'An Ordinary Muslim' is a slow...
read more
Get Alerts Alerts On Alerts Off 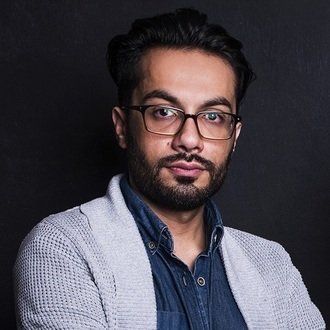 Hammaad Chaudry
Playwright
Get Alerts Alerts On Alerts Off 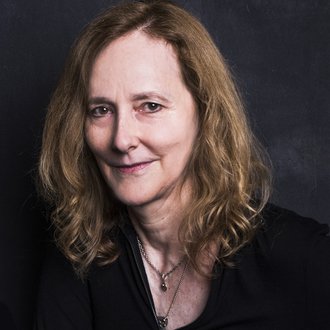 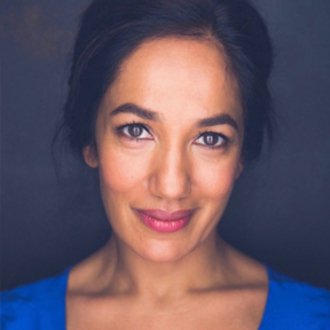 Purva Bedi
Saima Khan
Get Alerts Alerts On Alerts Off 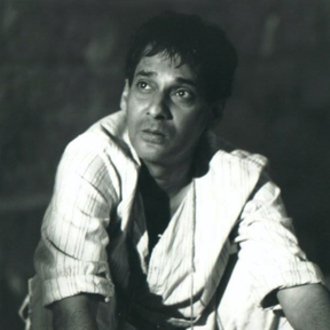 Ranjit Chowdhry
Akeel Bhatti
Get Alerts Alerts On Alerts Off 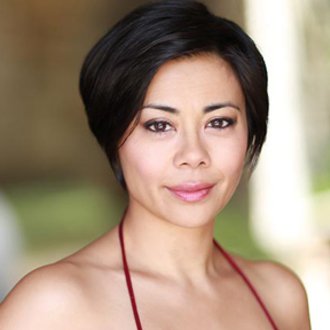 Angel Desai
Javeria Bhatti-Mirza
Get Alerts Alerts On Alerts Off 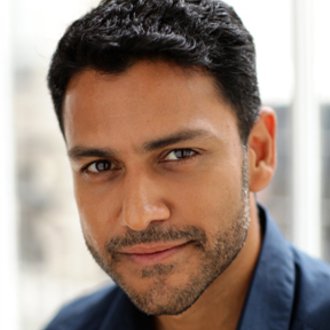