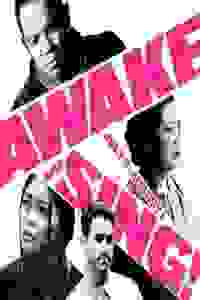 The battle lines for a lower-middle-class Jewish family in the Depression-era Bronx are drawn between the string-pulling parents who think they know best and their resistant offspring who have hatched their own dreams of the future. The parents, grandparents, and children who sought refuge and forged new lives each have their own, generational ideas about what their future will hold. The National Asian American Theatre Company will kick off its 25th Season in residency at The Public with this classic Odets drama. Stephen Brown-Fried directs an all-Asian American cast.

Don't see it if If you don't like to sing

"Handsomely mounted... In Mia Katigbak's performance, you will recognize every mother who has sacrificed for her family...It’s Hennie, played with simmering rage by Teresa Avia Lim, who brings this “Awake and Sing!” most ferociously and rivetingly to life. This production has flat patches, though."
Read more

"What may seem at first like a kind of social experiment quickly becomes an all-around gripping evening in the theatre...Brown-Fried and his company probe deeply into the web of dependence and frustration that holds the Bergers together...'Awake and Sing!' is an American classic, and this most American of theatre companies does it proud."
Read more

" NAATCO’s diverse reimagining is a worthy revival...Director Brown-Fried has guided this production so that the modern audiences can see that the play is not just about a Jewish family, but more broadly, an American family...NAATCO has certainly made a strong argument for more diverse casting of classic American plays."
Read more

"In their attempt to integrate this iconic play, NAATCO didn’t go far enough. They held on to elements they didn’t need and refused to examine the new possibilities they proposed with anything more than lip service. What was intended as an investigation of an alternate cultural and racial point of view never made it out of the starting gate."
Read more

"All the actors are so convincing, and are so generally talented, that no one has an excuse not to be an adult about color-blind casting. They have succeeded in bringing the rhythms and vocabulary of Odets’ language to life -- and the language is the best part of 'Awake and Sing!' In contrast to Odets’ plot, which, with the passage of time, seems unabashedly melodramatic and mostly predictable, the speech is funny, idiosyncratically authentic and steeped in Jewish culture...The play’s melodrama is rescued by the verisimilitude of its performances."
Read more

"Be prepared to be won over by the acting in this play...Although it is set in 1933, the issues are still seen today thus making it a very relevant piece of work for new generations who are experiencing hard times both from the economy and from being immigrants."
Read more

"Even though this production does not have the bells and whistles the Broadway production had, this production has incredible talent, and they follow the script that is perfection! It was also very interesting to see an Asian company portray Jewish characters, and it was very believable. The show is a must see."
Read more

"A number of the actors stood out for their sensitivity and intelligence...It's often said that this frequently revived 1935 drama is Odets' best play. That's almost certainly true, but it's a little like saying that of all poisons cyanide is the most flavorful...Odets' presentation of his characters proves as willfully naive and sentimental as his politics."
Read more