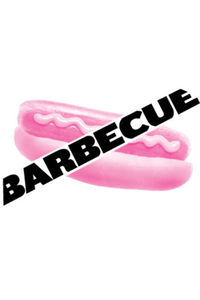 The Public Theater presents award-winning playwright Robert O'Hara's world premiere dark comedy about a dysfunctional group of siblings who stage an intervention for their drug-addicted sister.

The O’Mallery’s have gathered in their local park to share some barbecue and straight talk with their sister Barbara, whose spiral of drugs and recklessness has forced her siblings to stage an open-air intervention. But the event becomes raucous and unpredictable as familial stereotypes collide with hard realities, and racial politics slam up against the stories we tell—and maybe even believe—about who we were and who we become. Robert O' Hara's world premiere is a new take on family drama and proves that family can be a bigger vice than any other addiction.

See it if I left at intermission.

See it if You love great acting and an interesting and unique idea for a play.

Don't see it if You don't like surprises and somewhat confusing plots.

See it if you want to be entertained, and have something to discuss with friends after the performance.

Don't see it if you can't handle a sudden shift of tone in a play.

Don't see it if you have a low tolerance for vulgarity.

See it if You like cute theatrical casting tricks

See it if you liked to be surprised by plot twists... You won't see what happens coming.

Don't see it if you're easily confused or don't like family dramedies.

See it if you don't mind a strong and funny first act, followed by a second act that seems like it's from a different show.

Don't see it if you're easily offended.

See it if you're looking for something that makes you think, but is still on the lighthearted side.

Don't see it if you are easily offended, you don't like stories about drugs.

"A rawly funny but uneven new comedy...The fun stops a little too early: Mr. O’Hara springs a big reveal at the close of the first act that ultimately turns the play in a more serious and less satisfying direction...Mr. O’Hara jolts us with a twist that ends the first act on an admittedly intriguing note. What follows, unfortunately, lets the helium out of the balloon, as the second act mostly dispatches with comedy entirely."
Read more

"Robert O’Hara’s brash, taboo-flouting roast of race and representation... As in the playwright's hilarious 'Bootycandy', most of the scenes involve extreme, broadly drawn comic conflict. I suspect that Barbecue could be even stronger if it took a longer step out of caricature, but that’s clearly not what O’Hara is after. For better or worse, his satire is relentless."
Read more

"I’ve not laughed as hard in the theater, or felt as uncomfortable about it, since O’Hara’s 'Bootycandy...' I’m not categorically opposed to plays whose logic doesn’t track, or those that move from yuks to yikes; but this one loses its sprightliness and sense of direction. It is not without its moments of levity, its piercingly apt observations of certain kinds of people. But after such a furious boil of comedy in Act One, the attempted drama of Act Two can only feel like a comedown."
Read more

"Robert O’Hara’s new play, 'Barbecue' (directed with vigor and understanding by Kent Gash), is my idea of an American classic, or the kind of classic we need. Although its fecund imagination seems unlimited, the work wouldn’t exist if it didn’t have the junk of our times to feed on—and spit out. Set, for the most part, in a nameless public park in the middle of the country, 'Barbecue' unfolds in a kind of electrified space, filled with leaf-curling light."
Read more

"In Robert O'Hara's very funny, recurringly surprising, and ultimately fairly thoughtful new play, which alternates between slapstick and serious, nearly everything is doubled, mirrored, multilayered, at least slightly dishonest...in a great moment at the end of the first act, you will discover that O'Hara's point is something else entirely. You will most likely hoot out loud at the revelation. You'll return for the second act, eager to see where things are going."
Read more

"O’Hara has proved he can pull a rabbit out of a hat. 'Barbecue' is lousy with rabbits — and laughs. But it’s curiously light on substance...When talk between two characters turns serious — rehab, family, sexuality — it almost feels out of place. Fortunately, it’s nothing a few well-timed one-liners can’t fix."
Read more

"The first act concludes with a major revelation, and the comparatively toned-down second act essentially serves as a discussion of what we've already seen, with a few more surprises thrown in for good measure. 'Barbecue' may be rough and scattershot, but it is intellectually vigorous, often hilarious and quite exciting."
Read more