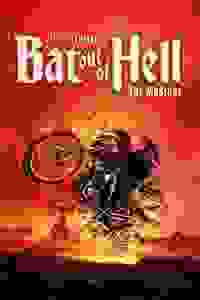 Bat Out of Hell - The Musical

"Bat Out of Hell" brings to life the legendary anthems of Jim Steinman and Meat Loaf, in a production that combines the magic of a musical, with the immense energy of rock 'n' roll. More…

Join Strat, the forever young leader of rebellious gang ‘The Lost’, as he falls in love with Raven, the beautiful daughter of the tyrannical ruler of post-apocalyptic Obsidian. Featuring Meat Loaf’s iconic hits including "I’d Do Anything For Love (But I Won’t Do That)," "It’s All Coming Back To Me Now," and "Paradise By The Dashboard Light."

See it if You like Meatloaf's music well sung. You are up for lighthearted fun.

Don't see it if The plot concept is eye-rollingly silly. But the music and talent make up for it. Especially Lena Hall who practically steals the show.

See it if You are a fan of the music. The music and the singing were amazing, especially Lena Hall.

Don't see it if You dislike the music. Also, many scenes and songs seemed to go on for too long. The show could definitely benefit from some editing.

See it if Great singing and staging. The music of meatloaf is a fun show with a weak storym

Don't see it if If you want a play or a musical with a better plotline to it. Plot is weak at best.

Don't see it if Don’t waste your time.

See it if you're nostalgic for Steinman's catchy, bombastic, epic songs & want to hear them well-sung by a hell-bent, indefatigable, beleaguered cast.

Don't see it if a deafening, gyrating, bloated, fustian, dystopian, Peter Pan-meets-Rocky Horror-meets-Mad Max rock-n-roll melodrama does not appeal to you.

Also You'll go for the classic soundtrack, of course. But what you'll get is arguably the dumbest book, most convoluted story, dopiest characters & lamest choreography you could possibly imagine to accompany Steinman's music. Is it intentionally campy or inadvertently corny? What difference does it make... It's utterly ridiculous.

And although the only pleasure to be gleaned from this hot mess of a show are the wonderful voices of the hard-working cast, be prepared to endure the tone-deaf voices of the sing-along audience members around you.

See it if Powerful singing from OUR TIME. Innovative staging.Meatloaf is real again Great idea to keep some of the UK talent too..

Don't see it if Not sure if the videos work. Divided opinion in our group. Rock n Roll has to be in your head City Center is huge..

Also The six leads alone can carry a production.
Info from the UK said it was a winner but I had doubts.
No longer doubting .

See it if you love Meat Loaf's music. There's a lot great singing and interesting use of the huge City Center stage.

Don't see it if you are interested in a realistic story with a logical plot line. The dialog is stilted and the characters tend toward stock cliches.

See it if like the songs from the album. The singing and dancing is very good. Enjoyable show.

Don't see it if If you want serious show. Long show close to three hours.

Also The album "Bat Out Of Hell" has alot of great music but for the show they added more songs. Its too long and the story not too good, but you go for the music. My favorites where the Mom (Lena Hall) and Dad (Bradley Dean). They did "Paradise by the Dashboard Light" excellent and funny. Hoping I get the other two cast member name right Danielle Steers and Aramie Payton who sing "Two Out of Three Ain't Bad" were excellent.... Read more Read less

See it if You’d love a dystopian acid trip of a musical that doesn’t make much sense, but which is a campy spectacle.

Don't see it if You loathed Dance of the Vampires.

See it if Love high energy musicals with superb cast and great singing. Not one weak link in the cast.

Don't see it if You prefer documentary theater instead.

See it if Want a simple and easy to follow plot

Also I always start by saying don’t ever trust me on musicals! The only time I ever see them is when I’ve seen everything else playing or I’m trying to impress a girl. I really like meatloaf and I have seen him in concert once. The few musicals I have seen have frustrated me because I found it very difficult to follow the storyline. That was not the case here this was a very simple and easy to understand story and for me that is a good thing. The other thing I realized I don’t like about big Broadway musicals is that there’s not a lot you can criticize. There’s no way anyone can say any of the actors in the show had a bad voice.... Read more Read less

See it if You are a Meat Loaf fan who loves loud rock music sung by incredible actors, including the incomparable Lena Hall. Plot is pointless.

Don't see it if You never heard of Meat Loaf, want a coherent plot, a tightly edited musical, comforting melodies, and non-raunchy behavior.

Also Much more fun when surrounded by Meat Loaf fans who don’t care about the plot and just want to hear the great rock music. Back to he days of Harley’s, leather, fighting and raunchiness. No one has a job and who cares anyway?
Too long and needs editing, but, as a big fan, the more songs the better!
... Read more Read less

Don't see it if You don't like Jim Steinmen's music.

See it if You’re a Meatloaf fan. Visually Interesting from grand tier seats

Don't see it if You’re looking for a great story. If you’re not a fan of the music this probably isn’t for you.

See it if a fan of Jim Steinman's music &/or Meat Loaf, performed by a cast of terrific singers. Some funny moments.

Don't see it if you want a story that makes sense; music that is not deafening; subtlety; better staging & choreography.

See it if You like rock music and enjoy unusual story lines based on family values.

Don't see it if You are not into tock and roll or prefer traditional storylines.

See it if you want to enjoy an evening of well-sung pop/rock hits from a talented cast.

Don't see it if you need a compelling or at least coherent protagonist/storyline. In the lead, Andrew Polec does the most w/the least comprehensible role.

Also The plot is nonsensical, but no one’s here for the plot. It’s sll about the hit songs, and this cast performs them excellently.... Read more Read less

See it if you like loud and over the top rock music with glaring light show effects then this is for you,

Don't see it if you have any respect and love for the American musical stay away. The audience was laughing in all the wrong places. Just a mess.

See it if you want to see a different type of jukebox musical that's a bit more imaginative, strange, & edgy than the typical fare, though imperfect.

Don't see it if uncomfortable / offended by some sexuality--in good fun here, mostly; you dislike the use of video screens ; not a fan of Meat Loaf’s music.

Also A post-apocalyptic setting offers C.H.U.D.-like vibes, with 1970s-‘90s grunge aesthetic. Additionally, throw in La bohème/Rent, Peter Pan, and perhaps some political commentary on a Trumpian world, and you’ve got the overall feel of Bat Out of Hell. Despite all this, it is far more engaging than I anticipated. I admit: Lena Hall and some nostalgic tug was the main appeal. But I find the entire cast extremely strong when it comes to singing; choreography is well-done and not ostentatious; and NY City Center definitely took the time to commit to a more elaborate set than is often taking up shop in the main stage. It can be a tad confusing at first, but just stick with it. By the end of Act II, with some of Meat Loaf’s most popular tunes, the audience (myself included) definitely seemed energized and enthusiastic (some singing, clapping, snapping along, but not annoyingly loud). It’s really the book itself that feels weak, although there’s something of a diamond in the (very) rough here.... Read more Read less

332 reviews
Get Alerts Alerts On Alerts Off
94
Epic, Not to be missed, Masterful, Great singing, Fabulous
August 25th, 2019

See it if You enjoy great music with amazing effects and incredibly talented cast. Story was weird but with music like this who cares?

Don't see it if You hate rock music.

See it if you're a fan of Meatloaf or rock music of the 80's. It felt like we were at a rock concert a lot of the time. Good choreography.

Don't see it if You want a "theatre" production. This is a rock concert with dialogue. It's all over the place.

Don't see it if need a better/coherent story line, need better staging and choreography. not into big hair and cheesy then skip this.

See it if You are a fan of Meat Loaf and enjoy his songs. The singing is very good and the performances are entertaining but absolutely no plot.

Don't see it if You want a show that has some direction and makes sense.

Also Even though the show was slow and confusing, the singing and dancing were very good.... Read more Read less

See it if and only if you enjoy having LOUD, QUIRKY, and WEIRD theatrics bombarding you for two and a half hours. If so, this is the show for you!!!!!

Don't see it if you never heard of any of Meatloaf or any of his music, not a fan of the Rocky Horror Picture Show, and don't enjoy loud rock music.

Also I was TOTALLY curious to see this show, but it turned out NOT to be my cup of tea. While the cast is talented and the set design if INTERESTING, I was totally confused by the details of the show. Now sure if I was seeing a modern day version of Peter Pan or an a bad expansion version of the Rocky Horror Picture Show. Oh, and choreography was downright EMBARRASSING!!!!!!... Read more Read less 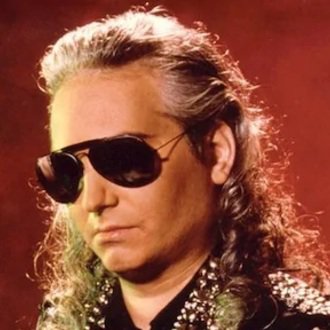 Jim Steinman
Composer / Lyricist
Get Alerts Alerts On Alerts Off 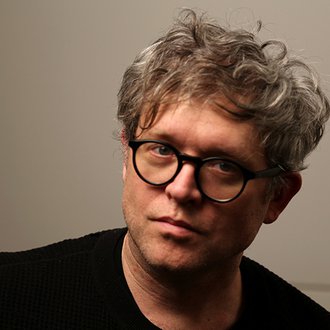 Jay Scheib
Director
Get Alerts Alerts On Alerts Off