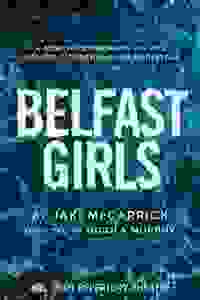 Five young women on board a ship bound from Belfast to Sydney in 1850 hope to find a new destiny in the promised land but have trouble escaping the nightmare of the lives they are leaving behind.

This story is based on the time in history between 1848 and 1850 when 4,114 girls voluntarily boarded 20 ships to make the four-month journey and start new lives in Sydney, Adelaide, and Melbourne. This was called the Female Orphan Emigration Scheme and was a solution by Earl Grey, the British Secretary of State for the Colonies to deal with two problems: men outnumbering women in Australia and the Great Famine in Ireland.

Playwright Jaki McCarrick won the 2010 Papatango Prize for New Writing for her previous play 'Leopoldville.' Nicola Murphy ('A Girl is a Half-formed Thing' and 'Pumpgirl') directs.

See it if You want to see a well written, well acted, cleverly staged drama that proves again that women have had their lives decided by men forever.

Don't see it if You need a lot of fast paced action or if you can’t see things from the female perspective. The Irish accent is also front and center here. Read more

See it if you are interested in the historical period or political situation. The play is very clear about true reasons behind the immigration offers.

Don't see it if soap opera predictability is not your thing or onstage violence distresses you.

See it if Five women wanting a better life sail on the boats going to Sydney and the demons of their past. Base a history events.

Don't see it if You want fast pace show, the language at time is hard to heard.

See it if You want to experience a brilliantly written play based on a book by the same writer about true events in 1850 Belfast. ……..

Don't see it if The only reason not to see this powerful fascinating play is if you can’t deal with listening to dialogue spoken in a heavy Irish accent ! Read more

See it if historical Irish play set in later years of Famine. 5 strong women characters each with a sad past revealed over the 2 hour play. All*

See it if you want to support Irish Rep. See it if you are good with 5 women standing around talking. Weird 4th wall breaks. Boring, cramped set...

Don't see it if I wanted to KNOW about the quest for new lives. Who thought of this? Who was chosen? Not this one had 3 kids, this 1 or 2 are lesbians... Read more

See it if your interested in a political, economic and social tale of exploitation of the poor and women

"Until the final moments, when the women stand on deck and contemplate their future, 'Belfast Girls' never quite manages to reach out from its world into ours, which is what makes a drama like this feel essential. For a shipbound play, it only rarely raises anchor."
Read more

"'Belfast Girls' offers a welcome fresh perspective on the myths that still dominate popular narratives about the immigrants of a previous era. It wasn't all rugged adventurers, nor were British emigration schemes merely a way to make the very poor disappear. The truth lies somewhere in between, in the wide ocean between here and there."
Read more

The Irish diaspora is the source of many gritty tales and Belfast Girls can stand up to the toughest of them…If director Nicola Murphy might arguably do more to tauten the action of the first act, she orchestrates a second act full of fury and suspense. She also stages a simple, yet stirring, finale, in which the women step onto dry land to warily face an unknown future.
Read more

"At the 'Belfast Girls' end, the women represent anyone anywhere attempting to keep a dream awake, if such a thing can be done. That’s even as the dream appears to be fading. This is often described as hoping against hope. McCarrick quite impressively presents a poignant version of it."
Read more

"McCarrick’s play, predictably, is not a happily-ever-after tale. We meet her characters, five women of questionable age and background—those boarding the ships were supposed to be 'morally pure' teenagers, but were often older and more, well, experienced—as they’re about to set sail, and leave them as they arrive in Sydney. What we learn in between—of their back stories, their aspirations and the worlds they are departing and entering—gives us cause for both hope and dread."
Read more

"Close quarters, wild seas and boredom bring out the worst in some and the best in others. In her thought-provoking play 'Belfast Girls' Jaki McCarrick seizes on a third option — actively contemplating being 'mistresses of their own destiny.'"
Read more

All the performances are strong, forthright, and colorful, adorned with the authentic Irish accents you invariably hear at this bastion of the brogue, but none, for me, were able to break through the veneer of artificiality the play imposes. I was happy to go along with the history lesson being taught, but not so much the emotional journey on which it sought to take me.
Read more

"'Belfast Girls' is at its best when it offers a rich character study of these five fascinating women. The play’s sea legs, though, become much wobblier when it veers into political diatribe and social militancy."
Read more