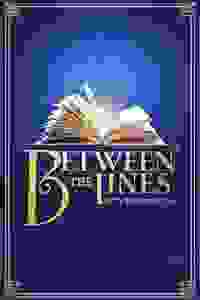 View in admin
Between The Lines
NYC: Midtown W
87
Score it Scored!

Between The Lines NYC Reviews and Tickets

Delilah is an outsider in a new school and turns to her favorite book for comfort. But the lines between the two worlds of reality and fantasy begin to blur and Delilah has to confront whether she alone has the power to rewrite her own story.

The cast includes Julia Murney, who has played Elphaba in 'Wicked' on Broadway and on tour, and Arielle Jacobs, who played Princess Jasmine in 'Aladdin' on Broadway.

The music and lyrics of this musical are by Kate Anderson and Elyssa Samsel, who won an Annie Award for 'Olaf’s Frozen Adventure.' They also write music for the Apple+ TV series 'Central Park.'

See it if Into the Woods meets Dear Evan Hansen meets Mean Girls/ It was fun and cute. I had fun.

Don't see it if You can't tolerate light and fluffy.

See it if You like new musicals, esp. ones with princesses, mix of contemporary & royal costumes, romantic comedies, unexpected plot twists

Don't see it if not fond of rom-coms, have seen too many princess musicals, don't like fantasy, wish for more dancing, unrealistic plot developments

See it if you enjoy fairy tales, like happy endings, or are just looking to escape into something light and sweet, but with meaning.

Don't see it if you prefer darker material. Read more

Don't see it if Story is a good one but needs some editing; set is lovely but distracting when there is visible movement behind the set of the back curtain Read more

Don't see it if Could benefit from some judicious editing.

See it if you’d enjoy a fairytale story for young adults and the young at heart.

Don't see it if you don’t understand the pleasures of having your head in the clouds.

See it if a family friendly show - not quite sure who it's for - but well sung and staged on this space. could have a life in regional theater

Don't see it if want one tone - this is neither for adults nor teens - don't know what audience they'll find.

See it if Like Romcom or Teen Romance storylines. Appreciate creative staging, set design, and projections.

Don't see it if Expect to be blown away or think this is THE next big musical. Several cuts are needed!!

"A musical based on a novel can never be the same as its source material, and it isn’t meant to be. But throw out too many of the original elements and you leave an audience wondering how you lost your way."
Read more

"3/5 Stars. If you don't think about it too hard, the show is good-natured, escapist fun...But for a musical about finding a way to write your own unique narrative, 'Between the Lines' is filled with a lot of clichés and stock characters...And although it touches on dark subjects like depression and suicide, it is too lighthearted to explore such cutting questions...This musical is just good enough to leave you wanting more from it."
Read more

"The supporting characters tend to land the best tunes...while the leads are saddled with bland ballads."
Read more

"Beyond the derivative echoes, the production shines. ... Likely to appeal to young audiences, 'Between the Lines' ultimately is a celebration of the surprising and even game-changing payoffs of reading. That’s a message that hits the right note."
Read more

"Like most new musicals, 'Between the Lines' is a bit overstuffed."
Read more

The new show at the Kiser is by no means terrible -- it has flashes of wit, some catchy songs, nifty design touches, and one of the most appealing casts in town -- but it is also hugely derivative, seemingly assembled from a teen musical kit of parts. Its fanciful story is built on a shaky foundation, making it difficult to go along with its imaginative premise; it practically invites you to pick it apart.
Read more

"As a genre musical, 'Between the Lines' does not break new ground, nor does it invigorate the formula. The performances are quite good and, visually, it's quite impressive, but the show overstays its welcome at nearly two-and-one-half hours long."
Read more

"Belying its title, 'Between the Lines' doesn’t exactly contain much in the way of subtext. But there’s plenty enough surface charm to please its target audience."
Read more