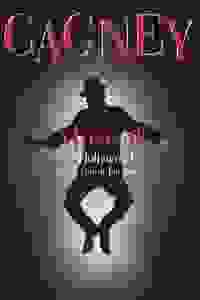 'Cagney' follows the actor from his humble beginnings through his rise as a vaudeville song-and-dance man, to his superstardom in Hollywood.

James Cagney could do it all – a dramatic new musical that follows the life of the legendary James Cagney from the streets of New York to his rise as one of the brightest stars of Hollywood, from a vaudeville song-and-dance man to the cinema's original tough guy. Broadway's Robert Creighton, in the role he was born to play, leads a cast of six who tap dance through a score that blends original music with classic George M. Cohan favorites, including "Give My Regards To Broadway," "Grand Old Flag," and "Yankee Doodle Dandy."

Don't see it if Act 2 spends a lot of time with dancing (great dancing for sure)But it distracts from the flow of the story. Some of that could go to act 1

See it if you have an interest in old hollywood or enjoy bio-musicals. The small cast is excellent and juggles multiple roles effortlessly.

Don't see it if You want to see something with more of an edge, aren't interested in true Hollywood stories.

See it if you like the actor. You learn a lot about him in the play.

Don't see it if you don't like his genre of movies.

See it if you love Cagney or tap. Bio is well told; you'll come out respecting JC. Best songs are Cohan's. A hard-working cast in a hard-working show.

See it if Weak first act, strong second act. Great dancing. Decent show, worth a view for the right price.

Don't see it if You have no reference point for who James Cagney was.

See it if You would like a cheerful evening of song and dance, with some insight into the ups and downs of Cagney's life.

Don't see it if You want to be blown away by something more dramatic or a larger production.

See it if you want to see stellar performance by a leading man, curious about Cagney's story, enjoy small scale musicals

Don't see it if you're expecting a large musical, want to find out more detailed info about Cagney's life, don't enjoy superficial treatment of story

See it if Enjoyed James Cagney as performer. Tells about his life and his career.

"It doesn’t come close to telling the whole story, but an amazing star turn by Robert Creighton brings pieces of it to life with so much vibrancy and excitement...Full of vitality, swirling feet, crowd-pleasing songs and dances...There isn’t much breadth in the score or the staging of the numbers, which is mostly perfunctory, but when Creighton leaps and taps and soars his way through George M. Cohan classics you get the quickest lesson in how to stop a show since Joel Grey in 'George M.'"
Read more

"While the show itself is entertaining in an uninspired way, Creighton as Cagney is stupendous. He sings sublimely and, with the help of Joshua Bergasse’s savvy choreography, he brilliantly summons Cagney’s light-on–his-feet dance style...The five member supporting cast forms a fine ensemble...The book by Peter Colley is fairly standard issue and even with Bill Castellino's energetic direction, the show almost feels more like a revue...But Creighton as Cagney just kills it."
Read more

"'Cagney's' return to Off-Broadway, with the same cast, director and choreographer, is a slicker, fuller production that should send audiences out with big smiles...'Cagney' isn't crowded with plot, but it doesn't tell you much about the man either. Think of it as more of an entertaining salute...Creighton sings with gusto, dances with even more and is an extremely likable presence...While 'Cagney' isn't high art, it's peppy, sincere and a heck of a lot of fun."
Read more

"Creighton is a constant source of energy and joy, plowing his way through scenes and songs that are corny but that demonstrate his triple-threat-plus skills to unbeatable advantage...When a performer is this good, you want everything around him to be, too. No dice...It's as cliché, lazy, and cynical as fourth-tier show-biz bios get...If the script and score have received any work in the last year, it's not evidenced by what's onstage."
Read more

"The show’s rudimentary book is a jumbled assemblage of true events, cloying clichés, compressed chronology and simplistic characterizations...Still, Mr. Colley has crafted several inspired episodes that are quite effective…The score is decent and has some pleasant and tuneful if not outstanding songs…Its good-natured tone and Robert Creighton’s colossal performance make 'Cagney' satisfying entertainment, especially for those familiar with the movie legend."
Read more

"Robert Creighton is perfectly cast... 'Cagney' is a joy for people who love top-notch tap dancing...What’s missing in this musical interpretation of Cagney’s life is that incomparable bit of spark that made Cagney so exceptional. The orchestrations in 'Cagney' are sometimes bland and uninspired. Creighton’s performance was first-rate, and the book by Colley is quite solid, but perhaps, with livelier music, the show would have had more unwavering appeal."
Read more

"Robert Creighton is beyond brilliant in the title role. Do yourself a favor and hoof on over to the Westside Theatre and see this show. While the first act lags a little in its earnest attempt to document Cagney’s path, the second picks up the pace...Creighton not only nails the outward Cagney but manages to reveal the inner workings of a man who was an icon but not a human being to most of us...And his dancing is sublime."
Read more

"A compact package bursting with a sparkle that nearly knocks you over...Creighton is such a smooth dancer that he makes it look easy...All of this would be just so much Hollywood legend without the dancing...What happens in these numbers is that Creighton turns on the magic machine, and we enter into a different time. We experience the gift that theatre is at its core...You end up in a wonderland that you can feel down to your toes. And THAT my friends, is showbiz magic."
Read more