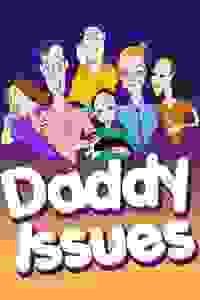 In this '80s-set comedy, a man tries to appease his parents by hiring his ten-year-old downstairs neighbor to play his son. After a successful limited run earlier this year, the show transfers Off-Broadway.

It is 1982 and Donald Moscowitz has overbearing parents. They disapprove of his choice of profession (actor), his flair for decorating (pastels), and his lifestyle (homosexual). The one thing that would make them happy is a grandchild. His solution: pay the kid downstairs to pose as his son. What could possibly go wrong?

See it if You enjoy a lighthearted comedy that may be silly with cliched characters, but ultimately funny and entertaining.

Don't see it if you cannot ignore the imperfections and just sit back, go with the flow and let yourself laugh.

See it if You want to laugh and be entertained. You don't take life so seriously. You have daddy issues or don't. You want to see a really good play.

Don't see it if You take life too seriously. You can't sit back and enjoy a funny entertaining play. You don't want to laugh.

"With its cast of swishy gays, kvetching Jews, and drunken Irish, it serves as a veritable compendium of stage clichés, for easy reference. Drama students could also profitably use it as a case study in how not to construct a farce...Quite apart from its poor construction, Goldberg's script contains some of the lamest gags in town...The director, David Goldyn, seems to have encouraged his cast to behave like a cartoon, but, really, it's hard to know what else they could do."
Read more

"For a fun twist on family drama, Marshall Goldberg’s 'Daddy Issues' delivers. Approaching familial issues and expectations in a hilarious and heartfelt way, this comedy makes a powerful statement and has something for each member of the family."
Read more

"What makes 'Daddy Issues' so captivating is the cast’s agility within the comedic script. The writing itself is a pure joke machine...This nimble cast—under excellent direction by David Goldyn—knows exactly how to make the audience squirm with anxiety and then let the tension snap in moments of sheer comic genius. Beyond humor, Marshall Goldberg’s play taps into the core of what it means to be a father, mother, and son."
Read more

"We welcome from the stage the bombardment of three Mary Ellen McGuires and calculatingly hysterical ethnic and general humor. There are a whole host of 'Daddy Issues:' circumcision, faygeleh interior designers, a drag queen and that that damned dropped bladder. All of which contribute to an evening of merriment...Certainly a few may find 'Daddy Issues' a bit dated, particularly through the lens of 2016, but for me it was funny and sweet theater.."
Read more

“You’ve seen a variation of this substitution plot device somewhere before, of course, either in movies, on TV, or on the stage. ‘Daddy Issues’ is the kind of play that should drench you in a storm of hilarity; there are laughs, of course, but instead of a storm we get a drizzle with an occasional thunderclap...It’s hard to find funny the inherently cruel situation of a guy trying to deceive his loving family; it slices painfully through the comedy's otherwise genial spirit.”
Read more

"A sitcom in the theater...If you are hungry for the genre and nostalgic for '90s television, you will have a blast...Although the jokes are sometimes predictable, the ensemble pulls it off and makes the show enjoyable. The duo of fiery Levi and phlegmatic Henrietta were my absolute favorite. Somewhere between not-so-original jokes about Henrietta’s weight and Levi’s femininity, those two created a comedic sidekick duo both caricature-like yet believable and therefore lovable."
Read more

"The play is sheer screwball silliness...This is a veritable festival of implausibility…David Goldyn directs this sitcom of a play very capably…Child actor, Austin Levine, steals the show. Levine is a natural con artist, suave and charming, adorable qualities in a ten year-old…'Daddy Issues' wants to be nothing but a good time. You will do yourself a favor by turning off your discerning mind before entering. Allow this zany comedy to entertain you with what it has to offer."
Read more

"Yuval was either badly guided by director, David Goldyn, or bad at taking direction as his character is never fully 'camp' nor 'straight-acting'...Rossi’s performance is so one note that it is a relief to see him leave the stage...Pleasure can be found in the women of this cast...'Daddy Issues' is a good effort... If you don’t mind a little struggle in your entertainment...slap a few bucks down on this one."
Read more

"A hilarious comedy of errors...David Goldyn skillfully directs and handles the moments of serious, real-life drama with care and tact, all the while never losing pace and keeping the audience with him to travel comfortably to the punch line...There is a warmth and genuineness to this family circle, intertwined with their comical craziness. Goldyn has filled this production with highly experienced and skilled actors to result in a formidable and polished production."
Read more

"'Daddy Issues' is a sitcom waiting to happen…It is at times laugh-out-loud funny…The acting is uneven with Mr. Given stealing the show as the drag queen best friend. He is so good and Mr. David so amateurish that you wish the show was about Levi. The dialogue by Mr. Goldberg is like a whip and dangerously witty. The direction by Mr. Goldwyn is spot on. This is a writer and director to watch."
Read more

"'Daddy Issues' is a cringe-worthy comedy with easy jokes and a cheap reveal...Goldberg is able to capture a vital theme deep within his comedy but unfortunately 'Daddy Issues' is so implausible that any substance loses validity. There is an abundance of derisory plot holes that it begins to turn into a ridiculous parade of shenanigans...'Daddy Issues' is fun for froth and that's about it. But if you're looking for froth with a little bit of substance, you can certainly find it elsewhere."
Read more

"What would a play look like if it were populated entirely by stereotypes? Probably a lot like 'Daddy Issues'…For something meant to be a lighthearted frolic, 'Daddy Issues' displays some pretty sad, even tragic, situations…The actors, under David Goldyn’s face-front-and-declaim direction, seem a little lost. The most confident presence onstage? Levine. The kid’s a natural, with crack timing, clear diction, and unforced cuteness. Better things await him, I hope."
Read more

"11-year-old Alex Ammerman ironically stands out as the only cast member who plays it straight and still manages to be funny…The rest of the energetic cast takes the play WAY over the top...While there are tepid nods to the virtues of family loyalty, tolerance and being true to your creative calling, there’s not one heavy moment in this frothy, whipped gelatin dessert of a show. That said, there are a lot of funny moments in 'Daddy Issues.'"
Read more

"Goldyn has helped his actors to make strong individual character choices and really create the sense of family. He uses the small stage space wisely, making sure movements don’t become stagnant and boring. He has given the show a steady pace that makes it flow without too many pregnant pauses or noticeable lulls in action. If you a looking for a night full of laughter, 'Daddy Issues' has got you covered."
Read more