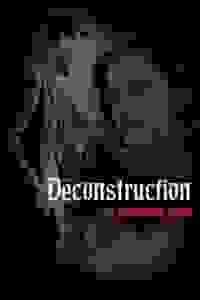 Later in his life, de Man gained worldwide notoriety as the foremost American promoter of deconstruction, a concept inspired by German philosopher Martin Heidegger. In addition to his alleged romance, this play exposes de Man’s hidden past in war-torn Belgium, where he was suspected as an embezzler and Nazi collaborator.

See it if a good show about how intelligent people deal with the drama in their lives. Good performances, original set and biting dialougue.

Don't see it if You don't like plays that are intelligent and psychological.

"The acting isn't detailed or expansive enough to make Leaf's words come alive or give the slightest notion of the intelligence of these three. Ms. Dobbins' McCarthy is far too girlish. Yes, the playwright's point is to show how even an intellectual can be seduced by a good-looking person, but she never boils over. The closest to anger she achieves is petulance...As Arendt, Ms. Fisher, for some reason—directorial or personal choice?—spoke her lines as if in a catatonic state."
Read more

"The well-researched play, characterized by lengthy conversations and minimal action, sets the tone of discursive intellectualism that defines the figures...Peterson captures the devious persona of the lying lothario...Dobbins, who lacked fluency with her lines...brought a puerile sensibility to McCarthy...Fischer’s Arendt is restrained and unemotive, with a flat affect...An intelligent exploration of the eponymous philosophy through the imagined personal lives of its leading proponents."
Read more

"This intriguing, nuanced play brings out the flaws in all of the characters...Most important for me is the pernicious idea that one can erase inconvenient facts by philosophizing about the nature of reality...This play left me with the feeling that such is our world...The dilemma of this play is nicely developed by the director and the fine cast...Michael Abrams’s sultry lighting helps a lot to bring us into the not so black and white world of these characters."
Read more

"There are only three actors on board the entire time. This often means the playwright has limited the scope of his drama; although 'Deconstruction' manages to construct at least two full realized characters, it runs true to form...Arendt herself comes across as rather banal...I hope Leaf plays with his play, because there's definitely something here. Maybe a little self-deconstructing of his own might workshop this into a meatier meal about three powerhouse thinkers."
Read more