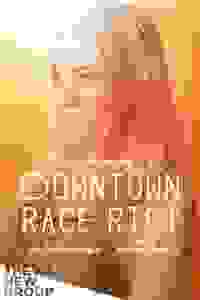 Chloë Sevigny headlines the New Group's world premiere drama which offers a snapshot of a time not so different than today, when a new social freedom ran smack into the forces of reaction.

On a hot late summer day in 1976, a mob of young men – all white except one – descended on Washington Square Park with pipes and bats, and attacked any people of color they could find. 'Downtown Race Riot' takes us back to this day, in the cramped Village apartment of Mary Shannon (Chloë Sevigny), a strung-out, free-wheeling single mom, as her son Pnut, and his Haitian best friend Massive wrestle with their obligation to join the riot. The boys, torn between loyalty to each other and to the neighborhood, grasp for ways to keep the violence from destroying their friendship forever.

See it if you're a Chloe Sevigny fan, want to see a good perf by a young actor, David Levi, like new plays, interested in NYC 1970's history & fights

Don't see it if you don't like lengthy periods of non-action or depictions of drug use and sex or plenty of unresolved issues, Read more

See it if you're a fan of Chloe Sevigny & want to see her give another dead-behind-the-eyes performance.

Don't see it if a listless, meaningless, dull, cliched, uninsightful, awkwardly-staged downer of a play isn't your idea of a good way to waste 2 hours. Read more

See it if ...you or a loved one has a problem with recreational drugs, or have the courage to look at a broken family unit under pressure.

Don't see it if ...you only like to see plays that tell stories that can only be told in the theater: this is gripping TV drama done live, very live!

See it if Sevigny's brand of passive aggression is on full display is this druggy '70s dysfunctional family. Elliott's direction is superb. O'Neill?

Don't see it if Rather odd set too large for space. Casual nonchalant drug addiction by Mother Chloe. Brief unrealisticlly threatening violence at the end.

See it if you have a connection to Washington Square Park in the 1970s; you usually like New Group productions; you're a fan of charicatures.

Don't see it if Could have, should have, but didn't go anywhere. Boring and trite. Accents of a couple of the characters are cartoonish and stereotyped. Read more

76
Better than the rewiews on here suggest

See it if You like Chloe Sevigny and David Levi. Are ready to get mad about wasted lives and hopeless people. Get dizzy watching too many ideas.

Don't see it if You dislike obscene language, drug use, violence, explicit sex, abuse, no intermission for a dragged out play.

"About as likely to raise your blood pressure as a homeopathic sleeping pill...You are likely to have felt your eyelids getting heavier and heavier...The action seems to be occurring at a hazy remove, as if it were operating according to sense memory...Sevigny exudes an air of defensive detachment...But it’s not always easy to tell how much her affectless mien is an acting choice and how much it comes from being infected by the somnolent rhythms of a leaden script."
Read more

"There was a black man among the attackers. It’s the most interesting aspect of 'Downtown Race Riot,' which otherwise indulges in clichés as liberally as Mary does heroin...The New Group’s subpar production—which includes comically on-the-nose design, unconvincing Noo Yawk accents and strangely slack staging by Scott Elliott—exacerbates the play’s flaws. Tension should mount as the onstage clock ticks down to riot time, but you’ll likely be counting the minutes until you can leave."
Read more

"The play never conjures up the sense of danger you associate with the period. Watching it is like walking through a seedy neighborhood in the middle of the night, only without the suspense...While its premise would seem to hold the promise of tension, the play is a listless affair marked by long stretches of tediously inconsequential dialogue. Rosenfeld's characters are never remotely interesting, and so we never come to care about them."
Read more

"Sevigny plays a sexy-hippie drug addict like a pro in Rosenfeld’s unfocused new play. But she also gracefully shows us the better side of her character...Rosenfeld can’t seem to focus his attention on a central character — and director Elliott can’t seem to do anything about that...Mary is such a compelling character that Rosenfeld is forced to confine her to her room and have her shoot up and nod off in order to concentrate on the other players in his muddled story."
Read more

“’Riot’ concerns a smacked-out mother and her son and daughter, the former a lesbian except when she’s not; the latter a tough pretty boy who hangs with a group of mini-gangsters...I can’t recall another play in which every actor appeared to dread the words about to emerge from his or her mouth, and I can’t say I blame them. The performances under Scott Elliott’s uncharacteristically enervating direction are as halting as the writing is stilted.”
Read more

"It's hard to argue against the authenticity of director Elliott's carefully designed and furiously acted production...Yet something about the play itself feels excessive...Sevigny embodies the tension between her self-image as a hippie earth mother and her reality as a junkie...Resulting in a performance that veers wildly between nuanced and completely over-the-top. That's true for the rest of the actors as well...Elliot aims for gritty social realism, but too often lands in sensationalism."
Read more

“Despite its provocative title, and despite a game effort by director Elliot’s ensemble cast, Rosenfeld’s fact-inspired drama ‘Downtown Race Riot ‘ is a bit of a bore...There's a full-out brawl in the apartment involving almost everyone, during which Sevigny gingerly taps someone on the head with a break-away bottle, causing it to shatter. Given the cliched characters and flat dialogue, that was pretty much the dramatic highlight.”
Read more

"Succeeds as both a tense drama and a flavorful slice of Greenwich Village life in the bad old 1970s....Rosenfeld's writing thoroughly captures the temper of the times...Elliott's production abounds in good performances...Those seated in the left and right sections -- especially in the first couple of rows -- will be forced to crane their necks constantly just to get a glimpse of what is going on...Eminently worth seeing. Just be careful about where you sit."
Read more