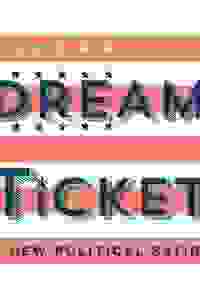 Part of FringeNYC: In this political satire, populist Becky Roberts and maverick Les Sugarman compete for their party's presidential nomination—despite a history that wasn’t strictly political. When the media forces them to run together, their dream ticket becomes a nightmare.

See it if You want to see political comedy

"In a theater full of people who are likely sick of hearing about politics, 'Dream Ticket' provides a welcome outlet for our joined frustrations...'Dream Ticket' revolves around the highly comical drama that is so innate to modern conservative politics...What I expected to be a night of satirizing the Republican party pleasantly turned into an exciting, thought-provoking glimpse into the changes all Americans can—and should—make in politics."
Read more

"Bernsten's play is sharp. His writing his quick. His characters are rooted in stereotypes. It works for this piece. While poignancy was present, Bernten's platform was first and foremost to entertain the masses. And he did that. While it have relevancy outside this political climate? That's debatable. Taking on these large personas allowed this company to brave politics through humor...Kristin Skye Hoffman smoothly staged the production, allowing the momentum to rarely falter."
Read more