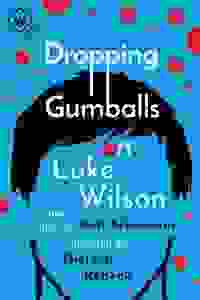 Working Theater's new play is based on a true, little-known story about the making of an iconic TV commercial in which a legendary film director puts a movie star's life in the hands of a very jittery props guy.  More…

A humorous and ultimately disturbing account of power in the workplace, “Gumballs” examines how truth is negotiated in both art and in life, and who gets to control the narrative in an increasingly divided society. Directed by Theresa Rebeck.

See it if you'd like a compact, LOL exploration of power abuse /corporate greed. Very well acted/staged (w/projectns) Based on true, fascinating story

Don't see it if you only like old-fashioned theater. DG is grounded in truth, but has flights of fancy. Relevant theme of absol power corruption. Engaging!

See it if It's entertaining enough but uneven overall. It started well and funny and creative.

Don't see it if you don't want to be preached by a child of privilege​.

Also It tried to turn into a moral soapbox on the part of a white trust fund baby male which was very sophomorically argued and served no purpose on the play. Very unsatisfactory second half.... Read more Read less

See it if You enjoy behind the scenes stories of the entertainment industry. The concept is fun.

Don't see it if I felt the show needed to be quicker, sharper and funnier. It's only 75min but it felt slow at times and too long.

See it if You want to see a quirky show that will really take you on a head trip if you let it. I suggest you let it. Lots to think about in there!

Don't see it if You want a fluffy silly little comedy. This ain’t it. It has some funny moments but it’s got a lot to say.

Also Bravo to Jonathan Sale who plays Luke Wilson! He’s got the look and the sound down perfectly. When he first walked out my jaw dropped the likeness was stunning. Bravo.... Read more Read less

See it if If you do not see that is not sharp or crisp. It gambles on novel production but is not really all that clever.

See it if Quirky show but very original. Takes a turn toward the end that gives the message. Was a little jarring. But made for good post chat.

Don't see it if You want a direct and straight forward show with a clear first, second and third act story arc.

See it if you want to see a very talented cast retell an amusing (true) celebrity anecdote & stretch the thin premise over a long 75 minutes.

Don't see it if ur lured by the quirky title into thinking ur going to see something hilarious, absurd &/or profound. [Despite its zeal, it fails at all 3.]

Also Like most gumballs, this play is satisfying & enjoyable at first but quickly loses its flavor & you're stuck with it for longer than you'd like until you can find someplace to spit it out.... Read more Read less

See it if you like very sharp comments on corporate culture vs. democracy, sprinkled with some humor in an unusual presentation, well-acted & staged.

Don't see it if you are looking for a strong plot in the usual sense of a comedy-this is based on a true happening and in that sense only offers the title!

See it if you enjoy idea driven humor. The characters all do what they have to do and the results are preposterous.

Don't see it if silly over the top logic taken to extremes irks you.

See it if A documentarian, a properties master, & an everyman actor walk into a studio to tape an AT&T ad. Sugary, red, kids' confections are released

Don't see it if Watching an actor not want his noggin conked for an hour for what appears to be real,hard,round sugar-bombs w/ message of: Don't allow this!

Bruce 6
New York City
65+ | Male
550 reviews
Get Alerts Alerts On Alerts Off
92
Set forth as a portrayal of the making of an at&t commercial by legendary director errol morris, it is a tour de force/farce in investigating the nature of truth
June 28th, 2019

See it if hilariously meta; satire of E Morris documentaries about "truth" turns Morris into character in play that itself examines what truth is

Don't see it if like NY Times, u find this to be thin & cartoonish & lacking drama; look deeper, it's much more clever & ambitious

Also Errol Morris (M) is famous for such documentaries as The Thin Blue Line & The Unknown Known that focus on a search for the truth & the uncertainties about what truth is. The play satirizes M's super-serious approach, even using the portentous Philip Glass music he uses, in focusing on making a commercial, played as farce. Spoiler Alert: At the same time, the show's real subject matter is an examination of truth, turning M's own mode of examination on his behavior. In the show, M as director makes a demand on the crew to pelt an actor's head w hard gum balls 2 get a rise out of him. In the process, it shows how evasive truth can be, displaying various versions of the shoot, leaving the audience guessing as to whether M is a monster or a creative force trying to get the best he can out of his actor.... Read more Read less

See it if You enjoy plays about the process of creating. You're in the mood for a cheeky, stylized take on working in entertainment.

Don't see it if You want industry insight that goes beyond the basic. You want stylization that works: only 1 actor (David Wohl) gets it.

Don't see it if You are expecting to be moved in anyway. This is a play about a very silly incident but they did make it somewhat interesting

Also When I read the description of this I was thinking they would have to do an exceptional job with such an absurd subject and that is exactly what they did. This was way better than I expected it to be but it could only be as good as the subject that it’s about. The most important thing that stood out for me and this production was that it was perfectly cast. None of the actors blew me away but they all looked like they should have and they were all on a level playing field which I think was very important for the show. Near the end of the play for some reason it got a little political and that did not work for me but overall I would recommend this.... Read more Read less

Don't see it if You want a good insightful play.

See it if you like quirky shows that draw satire from real people and events. It's entertaining and fun for the most part.

Don't see it if you're looking for more character development. There is only so much a few flashbacks can provide in short play. The serious scenes falter.

See it if 'dangers' involved in filming commercials - risks taken intentionally for their effect*; some interesting tidbits on props people & staging

Don't see it if don't want a series of issues that are not developed; want substantive characters - not whiny preachy ones.**

Also *although the danger of gumballs being dropped on heads is the focus there was also a bit on a commercial filmed in a refinery with dangerous results - however that was not really developed.
**so many issues are brought out including documentaries that exclude info; problems of working mothers; problems with those in control - most of which were not developed.
Sad that the only character who had some character was the one who was not a nice guy.

See it if you like very good acting, are interested in workplace difficulties, the TV advertising industry & satirical humor.

Don't see it if you expect consistent laughs in satirical plays, dislike farcical humor and have no interest in workplace politics and pressures.

See it if Funny comedy about a true event.

Don't see it if If you don’t like comedies.

See it if you want to see a re-telling of a highly unusual commercial filming. The cast is impeccable, & the story is hard to believe. But it's true!

Don't see it if you don't care for the mixture of comedy and philosophical exposition. And yet, it worked for me.

See it if You like plays that poke fun at the Entertainment industry. I was ad copy-writer in the 70's and this play is "Write-On!!!!"

Don't see it if You like more Broadway style shows. And don't see if you don't have a good sense of humor....

284 reviews
Get Alerts Alerts On Alerts Off
85
Thought-provoking, Well acted, A fun look into the filming of a commercial, Funny
July 6th, 2019

See it if You like plays based on real events. You like comedies that have something to say about power and its misuse.

Don't see it if You don’t like intimate venues.

Also I enjoyed this play because it gives an inside look at the downside of this “glamorous” job. When the director starts to make demands that put people in danger, the focus turns to power in the workplace and how it’s used. Jonathan Sale is excellent as Luke Wilson, but honestly all the actors are excellent. Competently directed by Theresa Rebeck.... Read more Read less

See it if game to sample a very odd 75 minutes of theatre; curious about Rebeck as director, seeing behind the scenes of TV crew, or egos in workplace

Don't see it if want a coherent, relatable story or personalities; dislike over-the-top or exaggeratedly annoying characters; averse to a choppy, slow pace

See it if If you like quirky, funny shows. DG's title is funny. To see a show based loosely on real event. To see good acting. To have fun.

Don't see it if You expect a big production, or a fancy set. You don't have a sense of humor. You expect a deep, existential experience.

Also There were moments of reality mixed with moments of "what is happening", and moments of "this is not real". It all made for a fun show with funny moments. Don't take it so literal or think too much. Just enjoy it while you are there. Then after the show think on what you saw, question what you saw and let the conversation start then.... Read more Read less

See it if you want to see a play dealing with backstage politics to make a TV commercial.

Don't see it if if you're not interested in the interplay of prop people, stars and directors. 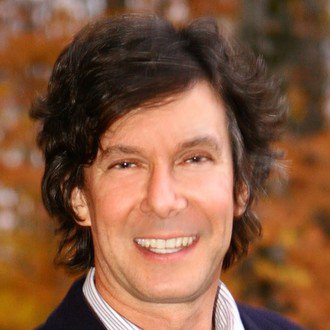 Rob Ackerman
Playwright
Get Alerts Alerts On Alerts Off Theresa Rebeck
Director
Get Alerts Alerts On Alerts Off

Working Theater
Producer
Get Alerts Alerts On Alerts Off