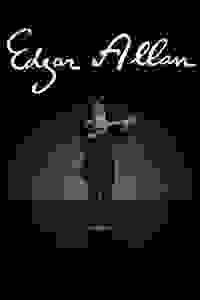 'Edgar Allan' follows 11-year-old Poe in his first year at Manor House School, as he seeks to gain academic ascendancy over the student body. All goes according to plan until another boy named Edgar Allan arrives in class, which complicates his schemes of dominance. 'Edgar Allan' is a darkly comedic and musical riff on the obsessions, mania, and insanity that haunted the life and work of America's first professional writer.

See it if You like new twists on familiar ideas. Done very well. Both actors did a great job. Costumes and lighting very nice.

Don't see it if If you don’t want your classics messed with. This takes some liberties with who the author thinks Edgar Allen might have been.

See it if Smirky, theatrical rendition of E.A. Poe as a kid in boarding school. Plays with your moral compass. Wonderful music.

Don't see it if You don't like dark comedy. You don't care for the point of view of a mischievous, lonely, egotistical child.

See it if you enjoy offbeat character centered theater with charming songs.

Don't see it if you require a lot of plot. This is a fast paced hour's entertainment.

See it if You want an imaginative story about Poe as a tween. You're familiar w/Poe's writing. You want great facial expressions-hilarious!

Don't see it if You prefer to see a biography play about Poe. You don't like gothic stories. You dislike ukeleles.

See it if You love small, experimental theater where everyone is willing to take risks and the actors perform their hearts out.

Don't see it if You don't want non-trad theater, tiny productions, anything weird, creepy or darkly funny. I loved every minute of this.

See it if you enjoy EAP's stories and want to see that type of creepy on stage. Interesting music, creepy characters, and funny. A little over the top

Don't see it if Poor lighting is a problem, half the time the actors were poorly lit. It was sometimes a little over the top, maybe for comedic effect?

See it if You liked Tiny Tim.

Don't see it if If you can find something else. Very overrated!

Don't see it if expansive imagination and inventive staging, music, text & character work are not enough to engage you for 60 minutes

See it if You’d like a farcical treatment of obsession, narcissism, subconscious self-love/self-hate, & alter egos. Emphasis on farce.

Don't see it if You’re looking for something that treats those topics a little more seriously, or something genuinely spooky.

Also This fusion of Poe fiction & nonfiction is a cool idea, but I would have liked it more if it leaned closer to suspense/horror and less toward comedy. The acting is deliberately exaggerated and unvaried (for comic effect, if you’re into that) and a little screechy. Well written, though. The producer for Encore Fringe mentioned that this was one of his favorites of this year’s festival.... Read more Read less

See it if you want to see a clever, quirky look at Poe as a possible 11yr old too-clever-for-his-own-good. Katie as young Edgar was hilarious.

Don't see it if you don't like funny, macabre plays with minimal cast (2) and staging. Oh, and there's a ukulele.

Also Keep an eye out for all the subtle Poe references. If you're a fan of his work, check this out. It's a treat!... Read more Read less

Don't see it if Like big productions with lotsa sets, costume, lighting etc.

See it if You love anything about Edgar Allan Poe, and like enthusiastic, well-acted productions.

Don't see it if You don't like minimal productions or can't deal with plots that have a few holes in them.

See it if you're a die-hard EAP fan (I am) and simply must see anything & everything related to his life and works; like attending Fringe plays (I do)

Don't see it if the sound of a screeching 12 year old (Edgar #1) would grate on you; prefer your Poe straightforward

Also The whispering Edgar #2 was much more appealing to me than the protagonist Edgar #1. Oh well, it is the Fringe, anything goes. I'll stick to Radio Theater's Poe readings instead- that comes around this time of year.... Read more Read less

See it if A gothic Poe-like tale about Poe himself (sort of) Atmospheric,funny & poetic all at once.Great music too w/ lyrics lifted from Poe writings

Don't see it if You're expecting biographical material. This is a piece of interesting psychological fiction in the vein of a Poe story.

See it if you want to see 2 actors perform their take on the early life of Poe. They did an amazing job. You don't have to be a Poe fan to enjoy this.

Don't see it if you are not open minded to 2 person plays. I recommend just reading a quick bio of Edgar Allan to have a slight idea what you are in for.

Also Really enjoying this one. The actors were incredible, from singing, playing instruments, and facial expressions. This is not for kids, but young adults interested in a great piece of work.... Read more Read less

See it if want a glimpse of what Poe might have been like in boarding school - played out in a memorable way with humor and great acting. Great fun!

Don't see it if you are looking for a serious biographical play; prefer larger venues.

Also I love plays that make me laugh out loud as this one did. The acting, facial expressions, quirky characters, ukulele playing were so well done that it was delightful. The plot itself was clever - makes me want to go back and read more about Edgar Allan Poe.

I will be looking for more plays by the Coldharts, founders Katie Hartman and Nick Ryan as they perform together in an extraordinary way.

I saw this as part of the Fringe Encore Series at the Soho Playhouse in Sept 2017.

See it if you like to hear someone screeching...

Don't see it if you want a story with a plot...

Don't see it if you like Edgar Allan Poe

Also Confusing at first - just who is the 2nd Edgar Allan? an imaginary person?, an alter ego?, an adult Poe? a real school mate with the same name?
I never solved it, but it did have a good ending.
And it was only 55 minutes, so I didn't have too long to sit in confusion...

See it if You want a clever theatrical show.

See it if You enjoy new concepts and innovative story lines with a small cast. Excellent writing, performances and staging.

See it if You want to see something utterly different and completely delightful, yet dark and disturbing.

Don't see it if You aren't into fringe festivals or prefer to sit in large glamorous theatres.

Also I've been running down to Soho's Playhouse every chance I get to attend their Fringe Encore Series. The shows are mostly 60 minutes long, they're quirky, and most of them are utterly fabulous. I generally take in 2 each evening. This was one of the best. Grab a ticket before it's gone.... Read more Read less

See it if you enjoy humorous weirdness and darkness

Don't see it if you have no interest in Poe

See it if you enjoy intimate bare bones theater, want to see actors who are well focused and talented and believe in their work.

Don't see it if you expect a traditional Broadway musical with a large cast, want an in depth bio of Poe's life or expect a lot of reference to his work

Also I got tickets for my friend who loves E.A.Poe,. We didn't know what to expect but we were pleasantly surprised. I see almost all of the Off/Broadway musicals but it's been a long time since I've seen any type of bare bones production. It had a few props, a couple of instruments, and a doorway. The focus was on the actors and the story. At first I was a little unsure of what the show was going for and was worried that I'd be bored, but eventually I started to understand the tone and aim of the show. I feel it's more of a play with music than a musical. That being said, the actors were very good! Especially the actress who played the lead. She was always focused and truly embodied her character. The theater is small and I enjoyed watching the actors at a close range and became engrossed by their characters. The lead also had a wonderful singing voice and played the ukulele well! The only improvement that I'd hope for would be more Poe Easter eggs/references in the script.... Read more Read less

See it if you like dark comedies & superb acting w/minimal staging. This 2-hander delivers a subtle punch. Catch it before it's gone.

Don't see it if You don't like ukuleles, or you expect an intricate biographical tale about EAP. This is a fanciful dark comedy w/music. Weird but super fun

See it if You like small fringe shows that feature intelligent writing and acting. You are an Edgar Allan Poe.

Don't see it if You want a big show. You want a splashy musical. You don't like Poe.

Also The show was terrific. Only about an hour long. Very clever, intelligent writing based on the autobiographical writings of Poe with elements from many of his stories and poems woven in. The performances by Katie Hartman and Nick Ryan are top-notch. I was captivated watching them work. A lot of thought went into their choices as well as the writing. I'd go see this show again. You should see it if you want to see good actors with a quirky, smart, funny script. You definitely get more out of it if you are familiar with at least some of his more well known stories and poems.... Read more Read less 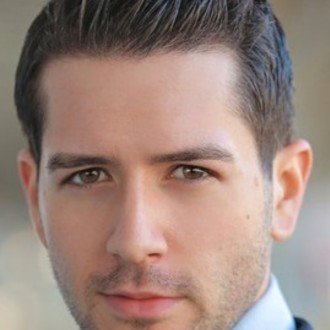 Nick Ryan
Playwright
Get Alerts Alerts On Alerts Off 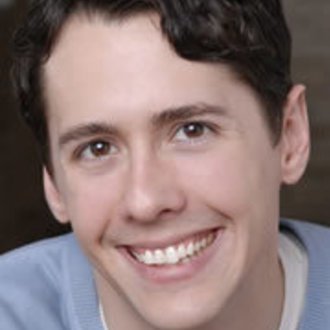 Mark Benzel
Playwright
Get Alerts Alerts On Alerts Off 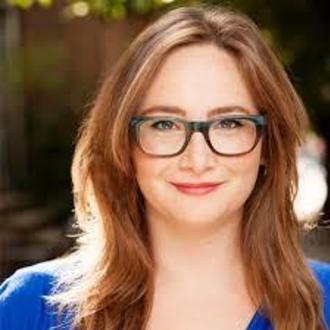 Katie Hartman
Playwright
Get Alerts Alerts On Alerts Off

Katie Hartman
Cast
Get Alerts Alerts On Alerts Off

Nick Ryan
Cast
Get Alerts Alerts On Alerts Off