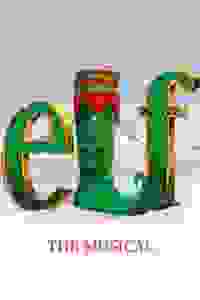 This holiday musical inspired by the beloved 2003 film returns to the Theater at Madison Square Garden for a seasonal run.

In this family-friendly musical comedy, Buddy, a human who was raised as an elf at the North Pole, embarks on a journey to New York City to find his birth father, discover his true identity, and help the town remember the true meaning of Christmas. This year's production of 'Elf the Musical,' features George Wendt, from the long-running television series 'Cheers,' returning to star as Santa Claus, the role he originated in the Broadway production in 2010.

See it if You are a fan of the story or enjoy Christmas themes with traditional characters and childish humor.

Don't see it if You prefer more original productions with less childish themes and interesting characters.

See it if you're a Christmas fan and love the movie. This musical version isn't simply cut-and-paste with the songs "shoved in".

Don't see it if you're a grump and don't want to deal with kids in the audience.

See it if You love the movie

See it if You enjoy the movie elf and silly holiday shows. Great for kids!

Don't see it if If you aren’t a fan of movies turned musicals.

See it if you still believe in Christmas and you are sad because people are loosing their Christmas spirit.

See it if You like light Christmas feel good stories

Don't see it if You didn’t like the movie, You are looking for spectacular music, or you are not into Christmas stories

See it if you like good music, dancing & fun holiday musicals

Don't see it if If you think it will be like the movie.

"'Elf the Musical' is your answer to reveling and rediscovering the Christmas spirit for you and your loved ones...Original songs will fill you with the Christmas spirit and have you humming the songs long after the show is over...Gratton's portrayal of the lovable elf captures an innocence and goofiness that is endearing, with the supporting cast rising to the occasion as well...New and old fans of the classic holiday story will enjoy this musical adaptation."
Read more

“One of the main themes of 'Elf' is the importance of bringing the Christmas spirit back to a downtrodden, overworked and gloomy population of Americans that we call typical New Yorkers. Well, it does as exactly what it says on the tin, as they say...The upside - and this really knocked my bell-jingling socks off – is the enormous sound system that amplifies the live 16-piece orchestra...Hearing a Broadway score played out so richly at those increased volumes was quite spectacular.”
Read more

"'Elf' seemed a little lost onstage, its sets flimsy, its good cheer not quite infectious. In Eric Petersen, it can claim a particularly spirited and winning Buddy…There is generally fine work from everyone else, even the elf chorus, whose members must perform several numbers on their knees...The children in the audience seemed most delighted by a number that climaxed in confetti cannonry."
Read more

"Director Sam Scalamoni’s production, with a lot of flat scenery by Christine Peters, is visually chintzy in its renderings of North Pole workshops and Manhattan skylines. It’s hard to describe the performances when the enterprise is so cartoonish; the actors all seem capable, yet they rarely get an opportunity to display much personal appeal...The show might not want to be anything more than a big silly toy, but it doesn’t spin. It’s wound too tight."
Read more

"'Elf' is not reinventing the form of the Broadway musical, nor does it have the earthy charm of 'A Christmas Story'...This is not a show that will return you and your brood to a purer holiday era...But if you're looking for a big, glitzy, feel-good downtown show that is a good time, requires no cognitive investment whatsoever, has quite a few decent tunes and comes replete with broad appeal for everyone from 6-year-olds to seniors, 'Elf' likely will exceed your expectations too."
Read more

"The book culls the best lines from the movie while also smartly managing to distinguish it as its own entity...The actors have the unenviable task of playing to the massive venue, which, in both look and feel, registers as more of an airplane hanger than the ideal spot for mounting musicals. Yet they do it with assurance, delivering unique and charming performances that, like the material itself, aren't carbon copies of their screen predecessors."
Read more

"The creative talents behind the show have got some serious musical theatre chops...Their upbeat, oddball and tuneful concoction has a contemporary attitude that's light on the seasonal sentiment, but heavy on the showbiz fun...This production would be better suited for a smaller venue in a city where there's less competition from slicker holiday entertainments."
Read more

"It's bright, it's tinkly, it has snow, it has a curmudgeon who gets his heart warmed, it has hustle and bustle, and Santa. In other words, the creators threw in every Christmas trope they could into the two and a half hour running time...They also keep the character development to a minimum, providing types rather than full-blown characters. The short-hand works, if only because of the simplistic nature of the piece - think a Muppet special, but with people."
Read more