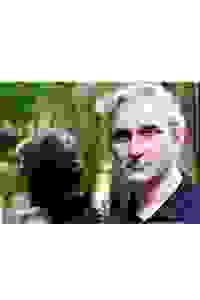 Here comes the King! Or, rather, here comes a man who took a fall, hit his head, and now believes himself to be King Henry IV. Is he mad, or is this just his way of telling the truth to those around him? Pirandello’s central theme of madness vs. the mask that society forces us to wear is the focus of this new adaptation. In this monologue, Enrico IV speaks only his own words from the play. 'Enrico IV, A monologue' is part of KIT's 'AlieNation' series, and is being performed in repertory with 'A Story of Love and Soccer/The Journey I Never Made.'

See it if you agree we’re all mad here; you’re interested in textual experiments that result in fresh looks at established characters

Don't see it if you’ll feel cheated by hearing only 1 character’s perspective out of context from the larger play, dislike spare solo shows, or missing info Read more

“Not so much an adaptation as a digest...This production, by dispensing with all the characters that surround Enrico in the original text, becomes more unadulterated tragedy than perhaps originally intended. While there is much to praise in Sisto’s forceful performance, the critique of Enrico’s social milieu is somewhat weakened by the absence of the visitors, whose hypocritical propriety, which Enrico repeatedly mocks, also functioned as a humorous counterpoint to his own, enraged, contempt.”
Read more