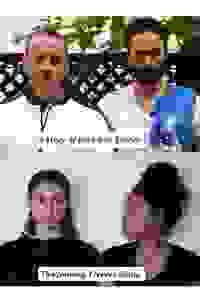 View in admin
A Story of Love and Soccer/The Journey I Never Made
NYC: West Village
69
Score it Scored!

KIT (Kairos Italy Theater) presents this evening of two world-premiere Italian one acts. Part of KIT's 'AlieNation' series, this presentation is performed in repertory with 'Enrico IV, A monologue.'

'A Story of Love and Soccer'
by Michele Santeramo, Adapted by laura Caparrotti and Dave Johnson
The place is a village in the south of Italy, where a group of immigrants compete in the first ever clandestine soccer world championship to determine who will have control over the city center for the following year. In the middle of it all is a love story between an Italian midfielder player and an Indian girl – and in the background, the local Mafia.

'The Journey I Never Made'
by Paolo Bignami
Two women meet at a mysterious station where all the trains have been cancelled. They belong to different cultures and historical periods, yet in spite of their fear and suspicion, a dialog starts to take place between them. Around them, the voices of migrants from other eras and places progressively crowd the station, talking about departures, journeys, arrivals, and stays. Just as the station becomes unbearably crowded, a train approaches.

See it if You want to see four talented actors tell two different stories, one that goes nowhere, but makes you think and one that is confusing.

Don't see it if if you cannot use your imagination as the sets are minimal, but some lighting does help. Both plays could use editing and be just as good.

61
The playwright needs to do more research

See it if You want to see two well acted one act plays.

69
Both plays are long and repetitive., Acting was good.

See it if Like absurdist plays (i.e. Waiting for Godot) or 2-person plays with little action/lots o'talk. Some good moments in both, but needs edits.

Don't see it if You need more staging, sets, action. Journey is good but gets snoozy half way in, Soccer is iinteresting but gets VERY DARK w no warning. Read more

Don't see it if too long, confusing.. couldn't wait for them to end.. sorry

See it if you like story telling theatre where the actors speak out to the audience and rarely engage with each other.

Don't see it if you are not interested in current European playwriting. Read more

See it if Journey: good performances, appealing actresses, interesting evocation of displacement, being the "stranger"

Don't see it if Love and Soccer: no drama, no chemistry, just 2 guys monologuing Read more

See it if you're interested in discovering the work of some great Italian playwrights. You enjoy watching powerful acting in an intimate setting.

Don't see it if you need B'way production values. This is really all about the actors and the playwrights' words. You aren't into plays that make you think.

See it if You are interested in the immigrant experience and how different ethnic groups live together.

“Adhering admirably to its cultural mission, Kairos Italy Theater is treating downtown audiences to a double-bill of smartly written Italian one-acts, each exploring the contentious topic of immigration in their own unique and achingly human ways, as part of its ‘AlieNation’ repertory. Minimally staged, but with talented actors, the beauty of the plays is largely in the playwrights' words, which seemingly have lost nothing in translation.”
Read more