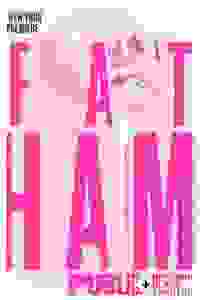 'Fat Ham' by James Ijames is the 2022 Pulitzer Prize for Drama winner.

Juicy is a queer, Southern college student who grapples with some serious questions of identity when the ghost of his father shows up in their backyard, demanding that Juicy avenge his murder. Juicy is well-versed in Hamlet’s similar story, but unlike Hamlet, Juicy is a sensitive and self-aware young Black man trying to break the cycles of trauma and violence in service of his own liberation.

Marcel Spears ('The Neighborhood,' 'The Mayor') stars as Juicy.

Don't see it if You wouldn't enjoy a show about seeking identity amidst toxic black masculinity.

See it if You enjoy riffs on Shakespeare, contemporary comedies, stories focusing on black families and gay offspring, backyard revelry

Don't see it if You don’t like gay content or stories about black families, afraid you’ll need to be familiar with Hamlet, can’t get black or gay humor

See it if Funny Great Show that does Hamlet in modern day with some funny characters.

Don't see it if want original Shakespeare, this is very modern day, but still Shakespeare.

Don't see it if You’re looking for a heavy drama, or something that doesn’t rehash Shakespearean plots. Snobs may not find this exactly “Pulitzer-worthy”.

See it if Most fun I've had at theater for quite some time; funny, modern take on the original; everything is different yet the same, but more fun.

Don't see it if U don't like anyone messing with your Shakespeare. Modern day issues come into play but the original story is there. It's a hammy Hamlet. Read more

See it if Tragedy and intergenerational trauma may haunt us, but perhaps we have more agency than we realize. Maybe we can choose liberation, joy, etc

See it if you enjoy modern-day comedic adaptations of Shakespeare’s tragedies.

Don't see it if you don’t enjoy Shakespeare’s stories set in the modern day.

See it if a non-traditional riff on Hamlet with a southern queer viewpoint.

"For all that Ijames dismantles in Shakespeare’s original text, he builds it back up into something that’s more — more tragic but also more joyous, more comedic, more political, more contemporary. ... 'To be or not to be' becomes a different kind of existential query. It’s not a question of life or death, but of who we can decide to be in a world that tries to define that for us: Can you be soft? Can you be queer? Can you be brave? Can you be honest?"
Read more

"5/5 Stars! The outlines of James Ijames's delicious riff on 'Hamlet' are Shakespearean, but the point and the punch lines—and most of the poetry—are the playwright's own...'Fat Ham' keeps you cackling so consistently that the play's sudden acts of cruelty land like punches in the gut...Director Saheem Ali makes sure every laugh lands and that the broad performances never slip into stereotype."
Read more

"Ijames and Ali create a magnificently silly farce-climax, followed by a sublimely glittery reality-breaking denouement. And between these two sequences came my favorite moment. After the peak of the action, when the characters realize that the rules of dramaturgy do not need to apply to them, they relinquish their strenuously noisy performances and just talk."
Read more

"On its own terms, the play is an unalloyed pleasure: clever in its allusions to and occasional modest borrowings from Shakespeare’s mighty drama, frank and funny in its depiction of a family in the throes of transition, and acted with infectious exuberance."
Read more

"Once you get past the sitcommy outlines of the project, the uniqueness of Ijames’s voice and his critique of genre becomes more apparent and pleasurable. He translates the domestic and political conflict of 'Hamlet' to the modern South where he grew up. The resulting queer, Black, middle-class lens is inherently irreverent and a goof, but also liberating."
Read more

"Unabashedly entertaining and one of a spate of enticing new plays that are destined to be seen on stages across the country, offering fresh hope to theaters and theatergoers who are willing the industry back to full health."
Read more

"The author also lends his own distinct point of view for his contemporary update. This slice of life leans hard into comedy, not tragedy, as it ponders big things that matter: personal identity, sexuality, transparency, living out loud."
Read more