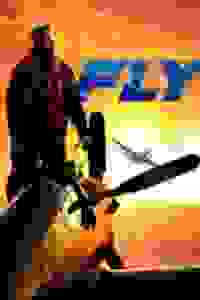 New Victory presents 'Fly,' a drama about the Tuskegee Airmen, the first black military pilots who fought for the U.S. military during World War II.

The year is 1944: Allied forces liberate Rome; British and U.S. troops storm the beaches of Normandy. On an airfield in Alabama, four brave young men join the first black military aviators in United States history. 'Fly,' a theatrical action-adventure, beautifully employs dance and video projection to illuminate the tremendous courage and resilience of the Tuskegee Airmen. From training to combat, experience the anguish, fears and triumphs of a brotherhood who fought for freedom abroad—and at home.

"Intended for both children and adults, the script relies on historical shorthand and overly explicit approaches to character, but the whole is moving and powerful...By the time the men are up in the air over Italy and Germany, we’ve come to care for them absolutely, thanks in part to the excellent acting. If the aerial battles are depicted somewhat awkwardly, they are nail-biters all the same. But perhaps the play’s strongest moments are those at the very end."
Read more

"An original, high-energy dramatization...The show uses some eye-popping special effects to simulate the experience of flying…The performances here are top-notch…But 'Fly' really stands out as ingenious theater because of Omar Edwards, the Tap Griot...His expressive tapping reveals the men's inner conflicts and triumphs in a way that words cannot….Above all, 'Fly' stands as an inspiring testament to a remarkable group of men who held their ground in the face of mindless bigotry."
Read more

"The hoofing in this piece is superb. If the Tap Griot anchors the piece, the cadets are the dynamos that make it spin...The all-male acting ensemble is strong...'Fly' is more than entertaining. It's a real slice of history that anybody over 10 can enjoy. It's deeply affecting, often witty, and has some amazing tap dancing that ideally punctuates this true story."
Read more

"I noted numerous audience members without kids, as this show truly has universal appeal, presenting an important historical piece with emotion, sensitivity and depth…The production uses striking video projection and the high-energy hoofing of Tap Griot—a modern Greek chorus-like figure who uses tap dance to convey a range of emotions…We are moved by each of the strong, distinctive performances and feel their fear, frustration, loss, triumph and more."
Read more

View in admin
B
Marcia Kellogg

"Personally, 'Fly' was very enlightening and moving throughout. The way the scenes are peppered with outstanding dance and visual effects played against cockpit styled screens really brings you onto the stage and into the moment with the actors. I was especially touched by the portrayal of combat. This program really is a must-see for families with older children and adults who wish to advance their understanding of the times of the Tuskegee Airmen."
Read more

"'Fly' blew me away. The history of the Tuskegee Airmen is inspiring enough on its own. But Trey Ellis and Ricardo Khan’s retelling of their story is a superior piece of theatrical synergy...The execution is as inspired as the concept...The battle scenes may have theatergoers on the edge of their seats...'Fly' was originally created for student audiences...Maybe more big-time theater should be written for schoolchildren."
Read more

"Because of the nature of the historical material, the rudimentary dramatic outline is less of a drawback than it might otherwise be. If the playwriting isn't always especially sophisticated, it has the virtues of being intelligently distilled and briskly delivered. The characterizations are writ large. Each is individually contoured, but the weight of history works against too much subtlety. The 4 actors are at their most effective when singing a military song or marching in stylish lockstep. "
Read more

"A memorable drama that offers a stirring, absorbing and fascinating look at the men who helped pave the way for more equitable treatment of African-Americans in the decades to follow...Khan’s direction of the eight-man cast is smooth and engaging...'Fly' soars as a living, breathing history lesson and an appropriate tribute to the young men.”
Read more