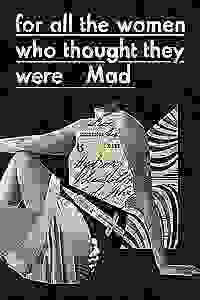 for all the women who thought they were Mad

Soho Rep presents a daring and exhilarating fever dream about the forces that push a woman from the everyday into free fall. More…

"for all the women who thought they were Mad" is a daring and exhilarating fever dream about the forces that push a woman from the everyday into free fall by Zawe Ashton, directed by Whitney White ("What to Send Up When It Goes Down"), and featuring an intergenerational cast from ages 8 to 65.

Don't see it if you don't like stories that are intentionally ambiguous and not neatly explained.

Also Great way to raise the discussion of all the themes without preaching. Heartbreaking.... Read more Read less

See it if You enjoy non-traditional storytelling that makes you think & can be interpreted in many ways. Really Great performances.

Don't see it if You are looking for a straight forward "easy" play that doesn't activate your mind.

See it if You are interested in black women’s susceptibility to exploitation on several levels.

Don't see it if The playwright, a successful actress, received rave reviews for a play in which I could not figure out the topic until I read those reviews.

Don't see it if need cohesion. the style outweighs the writing.

See it if you are a black woman of a certain age who has nothing better to do than to experiment by seeing and off off off Broadway play.

Don't see it if you think you know what the play is about just the title, because I'm here to tell you that the title is BEYOND MISLEADING for this play.

Also I'm not sure what the timeline foir when this play is set (the distant future, the past, or right now). What I do know for sure is that NO helpful suggestions were even hinted at to answer the question prompted by the title given to this play. And for that, I say this play FAILS terribly. For the record - I stood outside the theater in a line for two hours prior to the start of the play in order to obtain one of these coveted 99 cents priced tickets. Was it worth the trouble to arrive two hours ahead to get one of these tickets.? Hell No! Was it worth the 99 cents price to see the show? Again, HELL NO! What's the likelihood that I will be standing outside at this theater for another change for a future purchase of a 99 cents ticket? Nonexistent!!!... Read more Read less

See it if an emotionally painful story of a woman--told non linearly, by many women, with song, and poetry,

Don't see it if messy and complex, deep and painful and at times a bewildering script interspersed​ with beautiful songs but ultimately about relationships

Also fascinating set, great acting, but disjointed and nonconnective relationships, the story revolves around one woman trapped in a glass box, who is being communicated with by many women from her home village in Africa, who all take turns in the box, communicating with her about many different things, quite preachy and very dramatic, as well as employing quite a bit of magical realism and fantasy.... Read more Read less

See it if You have a taste for a compendium of the many anxieties that could plague one growing up female in society and the business world.

Don't see it if You want depth & understanding about these issues, and don't want to feel assaulted by the presentation.

See it if You want to see a cast of incredibly talented women commit to a skillfully written play. I was in awe of how this cast performed together.

Don't see it if You don’t want a play that has many layers & intricacies. This play has an intensity that may not be fit every audience.

See it if you want to revel in a cast of women of all ages and the ability to experience how women are treated by white men in suits, all too real.

See it if you like challenging theatre that examines social issues.

Don't see it if it you cannot tolerate ambiguity. I liked this show but missed many of the main points the author intended based on interviews I read later

See it if you are interested in ambitious works of theatre that challenge you and present an uncommon world in theatre.

Don't see it if you like realism and need concreteness in your work. This is not that.

Also What is exciting about this play is it's abstraction and emotional core, I was moved to both tears and uncomfortable shifting in my seat on many occasions. It is not for the faint of heart, and like much of Soho Rep's work, demands an audience's full attention. I highly recommend this work.

To see an intergeneration ensemble of women of color perform onstage is special. The play also had a profound and powerful resonance, as a person of color and someone who lives close to the immigrant experience.

Don't see it if you are not into revealing women mind

Don't see it if you prefer something linear, or conversational.

See it if you want to experience a vague evocation of how an African woman can lose herself when she leaves her village for a career in the big city.

Don't see it if unclear plots, superfluous characters, or failed poetry in the theater leave you frustrated.

Also No theater in NYC has a higher batting average than Soho Rep in presenting exciting, challenging new plays. But “for all the women who thought they were Mad,” for its script, staging & set design, is not 1 of the successes. An evocation of how an African woman loses herself when she leaves her village for a big city career, many of its plot points are vague to the point of confusion & several of a full chorus of supporting women characters—family to the central lost woman or villagers—have the most tenuous of relationships to the central character. That character remains in a plexiglass booth until the end, & the women mostly run around, argue & cower up against the walls, not a good use of their talents. The most successful bits are the most realistic: a smarmy, smirking male boss (later a doctor), a cleaning woman, the mother, in concrete encounters with the central character when they invade her booth, pull the script into focus. Most of the rest remains would-be poetic haze.... Read more Read less

See it if Chorus of African women debate how to support one of their own on the US corporate hamster wheel. More female emotional pain than plot.

Don't see it if Perhaps too avant-garde for me, leaving me confused as it jumps around across time, space, reality. Critiques capitalism, mental health.

Also Diversity: 7 Black women of various ages (10 to like 80) of an 8 person cast!
Ticket from website for $25 with discount code.
... Read more Read less

See it if coherence is less important than strong symbols, emotions and themes. Startling moments, magic realism, and a multigenerational chorus.

Don't see it if you want a linear plot rather than heavy symbolism from start to finish. Hard to follow. Muddled, dreamy, and disturbing. What happened?

See it if If you’re a fan of modern non-linear work with a lot of powerful women. It’s very intense, but worth it. The staging is very interesting.

Don't see it if If you’re not up for the intensity or don’t like having a feel for what you’re going to see. It was rather overwhelming and daring.

Also It’s a very complicated play and to be honest I think I missed a huge chunk of the plot. But by the end, I heard much of the audience go, “Oh.” So I think it was me. Also, Soho Rep is general admission. Get there early. I’d give a CW for playing with the boundaries of “sanity” too.

Fun fact: Zawe Ashton is currently on Broadway in “Betrayal.”

See it if If you go to the theater for an important message, a great cast, and an attractive set

Don't see it if You want an engaging script

Also Been going to Soho Rep for 25 years. This is the least good script they have staged. Smart, ambitious African diaspora woman goes mad in Western metropolis due to Pressures of Life incl sexism, racism, etc. Everyone is a type -- archetype, stereotype, whatever. Good actors have to play characters speaking faux-poetry. It's flatter than Kansas.... Read more Read less

Soho Rep.
Producer
Get Alerts Alerts On Alerts Off 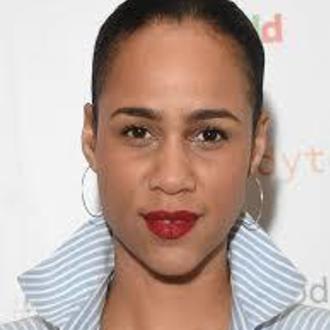 Zawe Ashton
Playwright
Get Alerts Alerts On Alerts Off 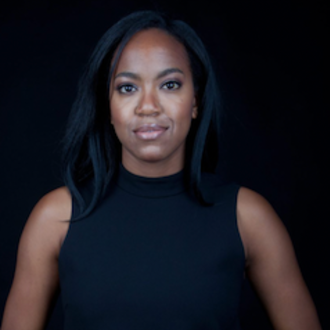 Whitney White
Director
Get Alerts Alerts On Alerts Off