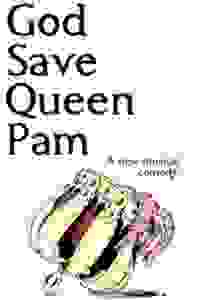 In this new Off-Broadway musical comedy an everyday American bartender is thrust into the British Royal family.

The British Royal House has died out, and the only living heir is an American bartender with a heart of imitation gold metal-like substance. With the help of her devoted royal staff, Pam Duffy must take on the duties of Queen and prove herself to be a suitable monarch before the scheming Lady Fenella de Dieul can unseat her and to do that, she has to stay out of her own way.

See it if If you like a king Ralph theme to music. Some really good songs and some actors were good.

Don't see it if First 50 minutes were good, last 20 of ist act got slow. Second act needs to be reworked.

See it if This is a 2hr plus show that should be 60 min. A slight cuteness doesn’t overcome the underwhelming-ness. Most of the audience left at int.

Don't see it if You want high quality theater or didn’t like the movie King Ralph.... same plot.

“An erratically entertaining fish out of water tale...A zany fantasy...Though spirited, it’s sluggish...There’s repetitiousness, extraneousness and a wan presentation. With editing that enforces more of the plot and higher production values it’s conceivable that its evident whimsical charms could be whipped up into a madcap entertainment. For now, it’s best viewed as a workshop with potential that showcases the game cast...Does achieve a level of the frothy escapism it aspires to.”
Read more

"While 'God Save Queen Pam is for adults,' it appeals to that inner, teen girl...The twinkling, piano melodies add a brightness to script and heighten the delightful silliness of its puns...Quinlan gives this character such a warm amiability, and a bright-eyed optimism that counters well with the friendly, but stiff upper lips...'God Save Queen Pam' goes by quickly with brisk laughs, but is surprisingly more insightful than at first glance."
Read more

"I was expecting this show to be more of a farce. However, I am happy to say that is not. While it is a funny show, it is not over the top...It is not a one woman show, however, and one or two of the other characters do seem a bit underdeveloped. However, all in all, it is a good entertaining show that seems very timely in light of the fact that in actuality an American actress recently married the Prince of England."
Read more

"Erin Murray Quinlan in the star role as Pam is so likeable you just want to stick around after the performance and tag along for an after-show snack...This show is just plain FUN. There is no hidden message or agenda, just pure escapism and entertainment. The story is well-told and the characters are likeable and entertaining...The show is laugh-out-loud funny in many scenes."
Read more