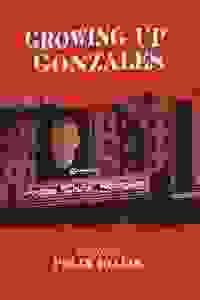 Writer/director Felix Rojas brings back his one-man play about brotherly love and the healing power of saying goodbye.  More…

When Johnny Gonzales is forced to clean out the apartment of his recently deceased younger brother Cisco, he discovers a treasure chest of personal notes left behind by his sibling. They represent Cisco's innocent interpretation of love, life, and everything in between. When Johnny begins to read these notes, his magical journey begins.

See it if You like one person shows, especially if you're Puerto Rican. Lots of cultural humor but he still connects even if you speak zero Spanish.

Don't see it if You don't like one person shows or shows that don't have a strong story. The anecdotes are funny and moving. The main story not so much.

Also Just felt like I had to mention that it was a pretty good show to me but I described it as cliched and disappointing because it seems to me there's a very big elephant in the room that even as personal as he gets with this play he either is unwilling or unable to face about his brother.... Read more Read less

Don't see it if You care about nuanced acting or a coherent storyline, as this poorly acted and high school quality material.

See it if You want to hear about what it was like growing up in the Bronx and being Puerto Rican. You want to laugh and be entertained.

Don't see it if You don't like one man shows. You are not interested in trials and trbulations of growing up Puerto Rican in The Bronx

Also This was so absorbing. I am from the Bronx and I am not Puerto Rican or of Latin descent and I enjoyed this performance. You don't have to be fluent in Spanish. There are times when the performer would say some things in Spanish but he didn't say a paragraph in Spanish, just a few words. My advice is to not get so caught up on the word(s) in Spanish, just enjoy the show. Mr. Rodriguez is a very entertaining performer and I enjoyed his performance. Go see it if you can. You don't have to be from the Bronx but if you are, its nice to relate to some of the places he mentioned in the Bronx. Great show.... Read more Read less

See it if you like genuine, no holds barred drama of growing up black Puerto Rican in The Bronx from 1980s to today, 1 excellent actor in 6+ roles.

Don't see it if you do not like one actor drama, violent and depressing themes, constant dialog that feels like action with none onstage or can't sit 90 min

Don't see it if you want a fast paced show with action and more than one character.

Also The show was an intense well-acted performance by one actor mainly playing the part of himself and his deceased brother, as well as brief spots of his parents and other family members. It was sad, funny, and a bit slow.Sometimes you weren't sure whether he was speaking as his brother or as himself.... Read more Read less

See it if Enjoy solo performance. This one will move you to tears, guffaws and back again. Wonderful story, beautifully portrayed.

Don't see it if Unresolved issues with departed love ones is a trigger.

Don't see it if You don't like one person plays or small theater. Some crude language but appropriate for the story.

See it if You want to see a great performance about a man's experience growing up in the Bronx in the 70's.

Don't see it if You are not interested in a one man show and might have difficulty understanding some Spanish words and expressions.

Also We were not seated til almost 8pm and only in the last two rows of this tiny theater. I felt we were treated disrespectfully as Show Score members.... Read more Read less

See it if You are Puerto Rican you will love this and if you are not you will still enjoy this if you appreciate hearing family stories expertly told.

Don't see it if You don’t like one man shows.

Also This is a very satisfying theatre experience. At once, funny and sad. The audience was very vocal in their appreciation.... Read more Read less

See it if you have ever lost a loved one and regret all the things you never did or said... can identify with others in a loss, enjoy laughing

Don't see it if it is hot and muggy as the theater area is HOT. finding humor in one's loss is not your thing.

See it if if you are a person who is interested in other cultures especially the Puerto Rican culture.It was funny,poignant,reminiscent.old school.

Don't see it if if you don't like diverse cultural situations.it was definitely directed to the Spanish culture.If you are a person with limited diversity.

Also I loved it because I grew up with Puerto Ricans,Blacks,Jews,Italians,Irish and many others.It was fun growing up that way because you saw everybody just as people.I wouldn't have had it any other way.... Read more Read less

See it if U like good storytelling by a good writer & can enjoy a solo versatile believable actor who portrays all the characters in this play.

Don't see it if If U are not keen on one actor plays. U are not interested in Puertp Rican related stories or the Bronx. U prefer changing stage sets.

Also This is an entertaining show featuring one actor as the narrator/all characters telling interesting pieces about growing up Puerto Rican in the Bronx of the 70's as he cleans up his deceased brother's apt. Although the premise is about brotherly relationship & the pain of dealing with death, the play presents different characters & a variety of stories from memory about family, friends, Puerto Rican culture, & history of the Bronx from an earlier era. This nostalgia & actor Rodriguez's believable narration & role portrayals enables the audience (if not familiar with Puerto Rican's or Bronx) to understand the vibes, values, dynamics, challenges, joys, & pains of an ethnic people in a borough that was defined in violence & drugs back in those historical times.

The writing is very real. Actor Rodriguez has a"Street worn" look as narrator/Johnny but in a flash, he can become childlike innocent, king-fu obsessed, gender-bender funny Latina(s), serious parent etc. He is so human & real!

See it if You are Latin it will hit home. Even if you aren't Latin it is very funny.

Don't see it if You want a serious play.

See it if enjoy a play about Puerto Rican brotherly love which is well written. about a brother's discovery of his dead brothers life and loves.

Don't see it if you are sensitive to themes of death, or recently lost a close family member. It can be very emotional. The MC was confusing and needed work

See it if you think you'd like a one-person show where a Puerto Rican man from the Bronx talks about growing up and his relationship with his brother.

Don't see it if you are impatient about hearing a person's story--sprinkled with Spanish terms--for about an hour and forty-five minutes.

See it if You're a fan of brilliant one-person shows with heart and depth.

Don't see it if If you don't want to be entertained.

See it if You like one man show and enjoy a good actors ability to play various characters. Andres "Chulisi" Rodriguez was great, funny, poignant.

Don't see it if There is really no reason not to see this play. A good time can be had by all who see it.

See it if GEAT PERFORMANCE . FUNNY . A MUST SEE SHOW .

See it if you're Latino and grew up in a Hispanic house hold poor but you didn't know you were poor. You'll love this!

Don't see it if if you're not interested in different culture and are not really fond of one man show.

Don't see it if you don't understand about being Hispanic

See it if you like one man shows about culturally diverse backgrounds. That take you on a deep and personal journey.

Don't see it if you like shows with big sets and lots of costume changes. Or are looking for a traditional play with a large cast.

Don't see it if Want to see a musical

Don't see it if You are not Hispanic and have no interest in or appreciation for other cultures.

See it if I saw this play at the Public Theater and it was well acted and I loved the clever way they used the center of the room as the stage.

Don't see it if If you don't care for Shakespeare.

for a previous production "Felix Rojas’s script has trouble integrating the light and dark elements of his fraternal portraits...Mr. Rodriguez is an animated and affable M.C., but he’s also an odd choice for a multi-character, one-actor play given his abridged vocal range....The narration becomes especially confusing when...
read more
Get Alerts Alerts On Alerts Off
for a previous production “Mr. Rojas vividly creates an entertaining panorama of the Puerto Rican community in the Bronx of the 1960s and 1970s. A gallery of characters and numerous incidents are lovingly described…With the swagger of a seasoned stand-up comedian and the delivery of a slam poet, Mr. Rodriguez delivers a g...
read more
Get Alerts Alerts On Alerts Off 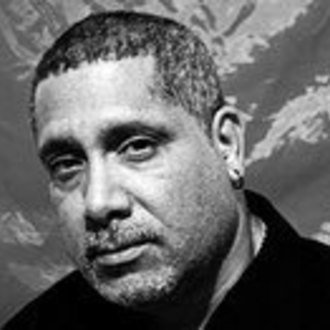 Felix Rojas
Playwright
Get Alerts Alerts On Alerts Off

Felix Rojas
Director
Get Alerts Alerts On Alerts Off 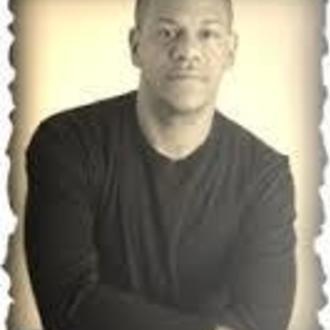 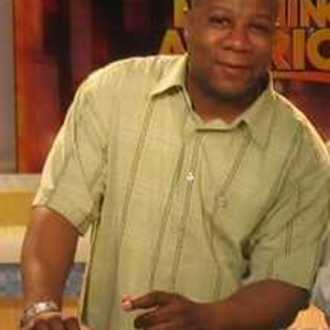