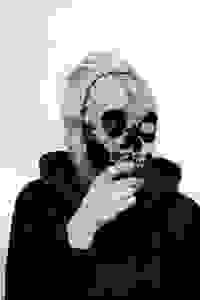 In Brite Theater's new production, Emily Carding plays Hamlet and you, the audience, are the players arriving at Elsinore. More…

Hamlet needs your help to take on the roles of his friends and family and resolve the great questions of life. Journey through the play together and become immersed in the story like never before. Hamlet has the questions. Do you have the answers?

See it if You’re a fan of Shakespeare, especially Hamlet, this was a fun way to be involved in the show and experience it up close and personal.

Don't see it if You’re not a fan of Shakespeare.

See it if you'd like to see a sleek, stripped-down hour-long version of Shakespeare's longest play, & maybe even take on a role for yourself.

Don't see it if you are a purist when it comes to the Bard or have a total aversion to audience participation.

Also Emily Carding plays a very acute, engaged Hamlet, Prince of Denmark. But her version of the best-known English language play of them all is hardly standard. She has distilled its many hours of potential playing time down to its famous soliloquies & skeletal versions of several famous scenes which she shares with audience members who sit on stage & agree to be cast in the play's other major roles. Well, mostly major. I played Luciano, the murderer in the dumb show, & had a blast. (With no lines to worry about I could totally ham it up!) This will not be everyone's cup of tea, but even lifelong Shakespeareans will find something new to learn from this appealingly participatory & pedagogical take on "Hamlet".... Read more Read less

See it if you want a different Hamlet "experience" that you are involved in as a condensed version includes the audience on a small bare stage.

Don't see it if you do not like participatory theater, are not familiar with the Shakespearean play or you cannot use your imagination to follow the action.

See it if You enjoy immersive staging in an intimate space. You have some familiarity w/Hamlet. You like non-traditional adaptations of Shakespeare.

Don't see it if You're uncomfortable w/being in the middle of the action. You detest audience participation. You prefer Hamlet as written or seen as a whole

See it if You want a pared down Hamlet and you want to see your fellow theater goers as actors. Everyone went for it and seemed to have fun.

Don't see it if You want to see something new in your Hamlet. While a good paired down version I'd have been confused if I didn't already know the play.

See it if You enjoy theatre that is as much immersive community experience than it is a traditional play. You enjoy committing as an audience member.

Don't see it if You cannot bring yourself to be earnestly invested in a group situation that requires a level of participation from the audience.

Also "All the world’s a stage,
And all the men and women merely players;
They have their exits and their entrances." - William Shakespeare

Though it's from the wrong play, it certainly applies here. Every audience member is a player in this immersive production. Whether they are a named character, or in the silent ensemble gathered in a Danish theatre at the behest of the prince himself.

Emily Carding is wonderfully manic as the ever maddening Prince Hamlet. Carding pulls double duty as both actor and director/stage manager to this ad hoc company of players.

The conceit is good. That the audience is in essence living through the rehearsal that Hamlet must have had with his players for the play-within-a-play that occurs in Hamlet. But it's a bit muddled because some of the events mentioned take place later that the meta-play in the original text.

In any case, it's a well structured peace that makes a community out of its audience, which is a powerful thing indeed.

See it if You want to be a part of Shakespeare and love immersive theatre. You want to see a version of hamlet like never before. Loved the actress

Don't see it if You prefer traditional theatre or Shakespeare.

See it if You love Hamlet and are interested in a different angle on it. Enjoy interactive one woman shows. Like experimental theater

Don't see it if You are unfamiliar Hamlet, uncomfortable on stage, or are not interested by Hamlet.

Also Hamlet is my favorite play and so I’m fascinated by different angles on it. The strength here are obviously Shakespeares writing for Hamlet performed by a powerful actor in Emily Cardin. Having the other roles be so heavily edited and performed by unprepared armatures alters the play heavily. I don’t feel I need to outline what is lost as it’s quiet a bit. What’s gained is a heightened sense of Hamlets isolation and alienation. And a more personal and visceral since of his anger and harshness as he wrestles with his view of the world in the wake of his world being shaken. Seeing an elite actor chew out (as Hamlet) an amature who is stiff and uncomfortable does create an edge to the work. If nothing else Cardin can deliver the monologues and Hamlets rants with true power and fluency.... Read more Read less

See it if You enjoy stupid party games, You prefer your Hamlet cut to 60 mins. You hope to be roped into being a supporting actor with a few lines.

Don't see it if It isn’t that a woman can’t play HAMLET... it’s that THIS woman can’t. She who prefers to remain nameless, no programs, no curtain call,

Also brings not one new idea or any insight into her Hamlet. If you choose to sit onstage you will be asked to assay a character in the play. You will have no or few lines. You will kneel on the stage or fall down dead there. It is not amusing. And when Ophelia dies, you will sing AMAZING GRACE like you know, they did at the Globe. This show has no reason for being.... Read more Read less

See it if You enjoy new looks at old works. And if you understand Shakespeare. And like participating.

Don't see it if You know nothing of the true “Hamlet.”

Don't see it if audience participation Shakespeare isn't your cup of Elizabethan tea.

Also The production begins--if this lean, one-woman "Hamlet" can even be called a "production"--with its star, the brilliant Emily Carding, randomly recruiting members of the audience (some occupying folding chairs on an otherwise empty stage) to portray her fellow characters: Hamlet's mother, his uncle, Ophelia, etc. What follows is an hour or so of some of the melancholy Dane's most famous speeches, interrupted occasionally, and at Carding's direction, by a few mumbled lines from her unrehearsed "co-stars", reading from the scripts she has provided for them.

As a gimmick, it is both the most original thing about the show, and the most troubling. Fortunately--and predictably--Carding herself saves the day; her clarity of speech, impassioned line readings, and incredibly expressive face make her Hamlet one of the best, and most exciting, you'll ever see.

If Carding's "Hamlet: An Experience" ever re-opens, don't miss it.

See it if You love Hamlet and are not a purist. This was kind of a “ Hamlet’s greatest hits” with some audience participation. Fun and well done.

Don't see it if You are offended by abridged Shakespeare. You don’t like Hamlet.

See it if you want to see Hamlet posed in a new way and like small, intimate performances.

Don't see it if you don't like audience participation, lo-fi theatre, or don't like abridged versions of classic texts.

See it if You’re looking for some human connection unlike any other. Emily Carding stares into your eyes and becomes Hamlet. It’s wild.

See it if You already love Hamlet, and want to join in an interactive experience.

Don't see it if You don't already know the play.

See it if The actor has truncated the sweeping scope of Hamlet and distilled it to 1 hour. Audience members take the parts of other characters. Fun.

Don't see it if Like traditional Shakespearean tragedy done in predictable ways.

Also Audience members sit on stage and are invited to accept the role that the actor/creator finds appropriate for them. She then instructs them, using Hamlets words of instruction for the players who are about the perform the play within the play.

Don't see it if you want a more traditional Hamlet with a full cast; if you don't want to participate or read lines; you want a professional production

See it if You're and intense Shakespeare fan. You are familiar with Hamlet.

Don't see it if You don't want to "participate" in the play. Don't appreciate the Bard. Don't want to see a severely edited Hamlet.

See it if You like to be a part of the show, and like things that are trying to be different.

See it if You enjoy immersive theater and audience participation and long monologues.

Don't see it if You do not already know the plot of Hamlet. This is a highly condensed version of Hamlet and not for people who enjoy traditional theater.

See it if You are adventurous, smart, truly love Shakespeare in your bones; if you are a bit of a star; if you love being intellectually stimulated.

Don't see it if You are looking for a prepackaged, “Broadway” experience; you don’t respect artistic process; you are drunk.

Also I see a huge amount of theater. Very seldom do I see anything truly original and transformative.. But Emily Carding is extraordinary . See this!... Read more Read less

See it if You want to explore the character of Hamlet on a deep new level. Carding creates a safe space to engage in profound stuff if you choose.

Also Carding chooses about 5 audience members to take on roles of characters from the play for her to react to, and asks first if you're willing and gives you a script to follow. The rest of the group are considered members of the king's court, which allows you to be as engaged or passive as you choose. I was cast, but was so riveted by her performance that I kept forgetting my cues.... Read more Read less 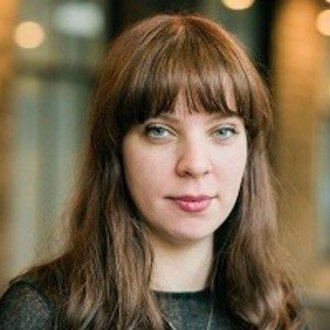 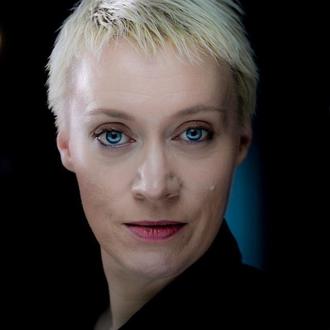 Emily Carding
Hamlet
Get Alerts Alerts On Alerts Off