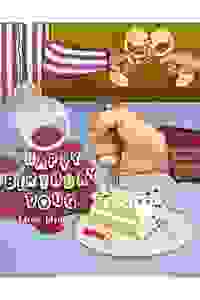 In this new solo comedy, Doug is turning 41. He's visited by friends, nightmares, a few exes, and a ghost. Imagine a gay Christmas Carol/modern day exorcism set in a wine bar in Silverlake. Welcome to the party! More…

Drew Droege returns to SoHo Playhouse following his triumphant run of Bright Colors And Bold Patterns (New York Times and Time Out Critics' Pick, now available on BroadwayHD). Doug is turning 41 today. He's visited by friends, nightmares, a few exes, and even a ghost. Imagine a gay Christmas Carol/modern day exorcism set in a wine bar in Silverlake. Welcome to the party!

See it if You want to have some big gay fun! Very dishy! One man plays multiple guests at a gay party. Some actual substance between the laughs.

Don't see it if You can’t find the humor in the obvious gay stereotypes and cliches on parade here. One man show. Pretty well done. Fun.

Also Yes every character is a cliche but you know what they say...stereotypes and cliches are born out of truth and in my experience as a big ol’ gay...this is spot on...funny and sweet. I’ve been to this party...more than once...lol.... Read more Read less

See it if to celebrate Doug's bday in the company of his insufferable, endearing, maladroit & witty gay friends, all played to perfection by Droege.

Don't see it if you don't appreciate/understand/find amusing the stereotypical gay aesthetic; you're looking for a play with depth, gravity or heft.

Also This play doesn't have quite the heart or pathos of Droege's previous 1-man outing, Bright Colors and Bold Patterns. Rather than a narrative, this is mostly a set of vignettes that amount to a relatable & recognizable gathering of men trading barbs & commenting on contemporary gay preoccupations who, despite being archetypes, avoid the pitfalls of caricature. There's a "ghost" of a certain gay icon that appears at the end to try to add some meaning to the proceedings, but it doesn't quite work. This play works best when it's playing on the inanity of social conversation. Just have fun and enjoy the party!... Read more Read less

See it if you like your comedy fast and furious by a great actor who does many roles extremely well. Minimal but effective staging.

Don't see it if you have higher expectations after seeing Bright Colors and Bold Patterns - it is in the same vein but the content is not as strong.

Don't see it if not a fan of 60-minute, 1 person play, don't like gay content or don't find gay humor or characters funny. want more depth or insight

See it if Multiple one person monologues depicting individuals at a party appeals. Each character is unique in himself and his relationship with Doug

Don't see it if You are hoping for complex interactions or deep insights. Its A party!

See it if Catty boys-only-who-dish hump-day soiree with intelligence:"Hetero-normative monogamy is a weapon of the patriarchy/Loosened my goose"

Don't see it if Like "Boys in the Band" minus the letter "S" for "Sixty-min-solo-show" or "Subtlety." "I know I wasn't invited/I cannot be held hostage"

Also "I like to run up to Billy Eichner and yell at him/Can I smell your drink?"... Read more Read less

See it if You want a collection of characters at a party. You enjoy sketch comedy. You want an evening of light, fun entertainment.

Don't see it if You want something serious that deals with important issues. You don't like solo shows. You want a more fully formed show: it's very good...

Also though it has a workshop-y vibe & feels like a precursor to a larger, future work.... Read more Read less

See it if you are a devoted fan of Drew Droege and are satisfied with a series of impersonations of gay stereotypes that don't add up to much.

Don't see it if you are not interested in the concerns of a bitchy circle of gay LA show biz types.

Also While Droege is a talented performer, this material lacks the social commentary of his much more successful one-person show "Bright Colors and Bold Patterns."... Read more Read less

See it if You want to laugh for an hour. Very skillful performance.

Don't see it if If you do not like gay comic performances.

Don't see it if don't care 4 sorry queens, or wine bars, or drinking or drug use, or dogs named Barbra or Madeline, or gay subject matter, or solo shows

Don't see it if you’re a saint; have seen Droege before & know you don’t like his shtick. Sideswipes at married life, prim & “beige” ppl, reverential youth.

Also Pinpoints the uncanny conversation patterns of the usual suspects at any mixer. Talking points on DJ stage names, uninvited guests, & your book inspiration turn out to be so completely ritualized, half the fun is filling in the blanks in the script.

Bright Colors & Bold Patterns took some sober turns. HBD carries over several themes (generational differences, relationships, unease around a “straightening” of gay norms) but is less anxious & more celebratory re the positives of solidarity, having standards, keeping friends through time/change.

Use of stereotype is unsurprisingly divisive—I think, for good reason. Droege’s show is clearly informed by his living a big, gay life; but to say he only writes gay jokes is sort of like saying Chris Farley only wrote fat jokes. Always a risk that some audiences are only laughing for the most reductive reasons. But IMO, Droege carries the burden of representation like a crown. His distinctiveness & skill as a writer/performer are hard to beat.

See it if Drew is hilarious -- caricaturing several guests at an LA 40th birthday party in a bar. Few are sober but all are funny gay men misbehaving

Don't see it if Skillful comic acting by Drew playing several different types with various accents and levels of inebriation, The audience was in stitches.

See it if Satire of so-called friends who may be cis-gay men archetypes, often stereotypical and problematic, but they're still friends.

Don't see it if Flat portrayals of stereotypical gay men annoy you. Short and entertaining but less content.

Also Diversity: all characters seem to be gay cis-White men in the LA area, played by one.
1 hour, no intermission.
Ticket from Show Score for $5.

See it if you need a really good belly laugh or just need to witness this high-powered energy on stage. It's clever, stinging at times, but honest!

Don't see it if you don't appreciate gay humor or gay themes in general.

Also The clever lines keep coming so fast that I thought I would overdose on wit, having just seen Lily Dare. Droege is a master, and he brought his intelligent wit and unstoppable energy to a highly appreciative audience last night. He spoofed so many pretensions I couldn't keep track, and lines like "aggressively boring" and "Do you hate your money?" had me laughing all the way home. There's a lot going on here--lots of swipes at political correctness and psychospeak. This is a one-hour monologue in which Droege portrays a range of gay characters without change of costume, relying solely on facial expressions and gestures. If this sounds even remotely like it might be your thing, get a ticket immediately. You won't be disappointed, and you'll become a fan of his for life, as I am.... Read more Read less

See it if You want an enjoyable evening of belly laughter and remarkable comedian actor. Drew Droege has proven that he is here and presence.

Don't see it if You don't like LGBT humor, this won't be your kind of show.

See it if you're a fan of gay comedy and Drew Droege.

Don't see it if jokes about LA gays are too niche for you.

See it if if you just want to LOL. If you've seen Bright Colors & Bold Patterns. To see brillance on stage with a dash of attitude & multi characters

Also I am such a fan of Drew Droege. Seeing him on stage perform different characters is something else. He becomes each of the characters he portrays. And I swear his face and body changes too. He is so funny.... Read more Read less

See it if If you’re a fan of solo shows or solo performers acting out multiple characters; there were 9, altogether, in this hour-long piece. It is an

Don't see it if Older space, with uncomfortable seats 💺, and it took awhile for entry, but, the performance was quite enjoyable, especially coming from me,

Also Who rarely likes solo pieces. The characters were clichéd- “Jason”, “Brian”, and “Steven” were my faves. Some of the language or references can feel pretentious, but, overall, I was quite pleased.... Read more Read less

See it if You're a fan of Drew Droege or plays that skewer the gays.

Don't see it if You don't like solo shows or understand how to laugh at gay men.

See it if you want to see an actor/writer portray 8 characters in one hour. Or if a portrayal of various gay stereotypes at a party sounds like fun.

Don't see it if You don't like bare-bones one-person shows. Or if the drunk gay guys at a party idea doesn't appeal to you. I didn't find it much fun.

See it if you enjoy well done one-man shows - gay camp - and laughing.

Also A note about the theater itself - Until this afternoon I though the John Golden Theatre on Broadway had the worst seats of any theater in the world. The leg room in the Golden is insufficient for the average 4-year old.

The SoHo Playhouse now holds that dubious distinction. The legroom in our row would hardly be enough for the average 2-year old.

See it if you want to spend an hour with every gay cliché. It is expertly acted but still a collection of stereotypes

See it if you enjoy laughing your a$$! Droege’s gaggle of gays is a riot making you wonder "who invited her?" Three words FAB U LOUS!

Don't see it if you don't like solo shows. TBH if you're not gay or close to us, you'll miss some jokes. But his performance slays all guests Okurrr?

See it if Funny monologues at a party are amusing and cleverly portrayed. As he moved on to next attendee I was ready to move on too. He’s talented.

Don't see it if There would have been more depth in interactions than one sided speech. Audience seemed very happy to be at this party.

See it if you enjoy comic solo shows with multiple characters drawn from common types of gay male characters.

Don't see it if you are looking for something more substantial both in terms of content and running time. This show is barely 60 minutes. 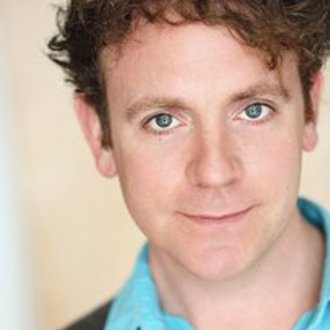 Drew Droege
Writer / Performer
Get Alerts Alerts On Alerts Off 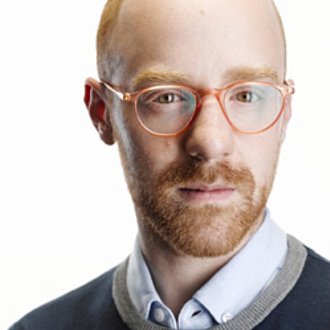 Tom Detrinis
Director
Get Alerts Alerts On Alerts Off