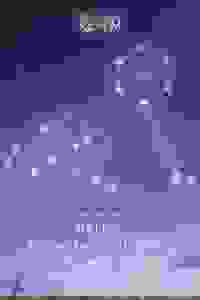 Hello, From the Children of Planet Earth

Friends William and Betsy haven't seen each other since high school. They've both followed their dreams, but something is missing: his all-consuming job at NASA doesn't leave time for a family, and she can't bear another unsuccessful round of IVF with her partner Shoshanna. When Betsy texts William out the blue and asks him to be her sperm donor, both friends are forced to make decisions that will shape the rest of their lives. This new comedy explores a different sort of coming of age - when dreams give way to plans, and idealism becomes realism.

See it if One-act dramedy focuses on lesbian couple relying on childhood friend for donor IVF with clever reproductive correlation to space program.

Don't see it if you're looking for something profound or are averse to sexual themes and language. It's a cute show, but don't go in with high expectations.

See it if enjoy mixing disparate topics together, done well and written well

Don't see it if wish for depth into the topics

See it if you want to see a play about Lesbians trying to find a surrogate to have a baby with tied into space exploration & the future of humans.

Don't see it if you feel like you have seen this subject manner done many times in other plays and movies.

See it if you're really into people talking about getting pregnant and outer space jargon.

Don't see it if you have a choice. or you don't like babies, gays, or space.

See it if You're interested in a couple's struggles to conceive

Also The framing device of Voyager 1 talking to the audience was severely misguided; I groaned every time she walked onto the stage... Read more Read less

See it if You've ever wanted to see a show about lesbian pregnancy AND space exploration.

Don't see it if You are offended by gay storylines.

198 reviews
Get Alerts Alerts On Alerts Off
62
Goodbye from frustrated audience
March 26th, 2018

See it if you are under 30 and vibe with the silliness on stage.

Don't see it if you need serious drama at this venue. Botched mashup of styles: sitcom humor and earnest LGBTQ love. After an hour, it was tiresome.

Also Olivia Oguma is terrific as the alien creature. She had a better handle on life than the four earthlings. Jon Hoche hijacks the show as the lead's best friend at NASA. Show really cratered whenever he was off stage. Amazing set of illuminated beams. Director used the space well. Plot is total bs. Reconnecting with a friend not seen in 17 years is absolutely ludicrous. No mature viewer can suspend the level of disbelief required. Comedy worked, drama worked. They just didn't blend. Men constantly in adjacent stalls was high school level writing. Young audience ate it up. Older crowd was bemused.... Read more Read less

See it if you want to support a venturesome company taking a chance on a new(ish) playwright; don't expect a lot in the way of depth or originality

Also It's unfortunate that most of the material (set in 2012 to align with the trajectory of Voyager II) feels dated and secondhand, if not downright unbelievable (a major plot point about reconnecting with a friend not seen in 17 years is improbable at best). Director Carroll keeps the play moving along but, like Voyager, the characters are lost in space.... Read more Read less

See it if you enjoy bold new work from a promising emerging playwright.

Don't see it if you need a dramaturgically sound play...as bold as the concept of the play is, the structure and writing sometimes fails the production.

See it if You like intellgent, contemporary works that have a si-fi quality

See it if you're in the mood for a mostly-funny (though sometimes broad) comedy (sort of) that also has moments of tenderness, sorrow, and heart

Also I really liked the set/staging of this, and found the dual storyline and the Voyager character overall very appealing, though sometimes the parallels felt a little heavy-handed. Some moments felt a bit cliched (e.g. male fantasies of a threesome with a lesbian couple, or the fact that the lesbian couple at the center of the play had "Closer to Fine" by the Indigo Girls as their wedding song), and the dialogue was occasionally clunky, especially in some of the more emotional scenes near the play's end, but mostly these felt like minor quibbles/I enjoyed the show more than not.... Read more Read less

See it if You like light comedies that make you think a little too. It’s a clever concept with pretty good follow through.

Don't see it if You’re bothered by silly jokes or plays that are good but with some flaws. The dialogue towards the end could use a little work.

See it if You like vulgarity and superficial phony profundity.

See it if You like lots of juvenile, clichéd mentions of sex acts from supposedly well-educated people in their mid-thirties.

See it if you want to see a show that isn’t too thought-provoking.

See it if Your seeking a different view of how people come together and drift apart.

See it if Don't. There's no amount of work that can fix this.

Don't see it if Amateurish writing. Childish concept over a relevant theme with Wikipedia​ entries sprinkled for bad measure.

Also This was unbearable. A one-act show where people left in the middle. 1 of the character was so over the top annoying. And do we need to hear "Poop Time" over 20 times?
It was a mess.
... Read more Read less

See it if The concept of 2 lesbians using an old friend as a surrogate - is good, but bad unfunny jokes & strange direction completely derail the show

Don't see it if You know those sitcoms where 1 character is in a really bad play & their friends are forced to go watch it in support. This is that play.

Also The core concept here has potential but there are too many distractions getting in the way. The sophomoric humor, odd direction choices and over-acting in make this play pretty hard to watch. I saw this in early previews so there is a chance changes will be made prior to opening.... Read more Read less

See it if you would like to be charmed by 5 charming actors performing an often charming play.

Don't see it if you're looking for a play that breaks out of current, standard, TV-influenced formulae for presenting psychological realism onstage.

Also I was pretty charmed by the cast of 5 in this show. They play a lesbian couple looking for a sperm donor, the sperm donor (a NASA engineer & childhood friend of one half of the couple), & the donor’s wisecracking work colleague. The 5th character, a space explorer, is a personification of the Voyager spacecraft who intrudes into the ongoing terrestrial story at regular intervals, from positions on a ramp that runs around & above the playing space. The script is often funny & wise in the ways of the human heart, sees our foibles pretty clearly & is just as quick to forgive us for being human. But the script is uneven, & a few late emotional outbursts, though powerfully acted, seem out of place with what went before. Much of what went before, except for the space explorer, seems schooled by current modes of TV writing, the default modes for so many younger playwrights when portraying the socially relevant & psychologically realistic. Which is fine, but are there no alternatives?... Read more Read less

See it if like stories about turkey baster pregnancies & their impact on all parties, you find bro-nerds funny, like lesbian protagonists,

Don't see it if don't like plays with lesbians or turkey baster procedures, expect a great deal of action or confrontation, don't like overwrought similes

See it if playwright reaches for the stars in trying to show how we act to avoid loneliness; a few good comedic moments by skilled actors

Don't see it if sperm donor story & space story not well integrated; billed as comedy most attempts @ humor are contrived; has feel of draft that needs work

Also Make no mistake about it. The playwright in "Hello" is straining ambitiously to make a connection between (i) the desire to have children, (ii) the impulse to explore and find intelligent life in outer space, and (iii) the effort to show alien life a record of what our civilization has produced, that is, what makes human beings human. So I give the playwright kudos for aiming high. But there is a gap between that ambition and what the playwright is able to illustrate in the play. A common theme is suggested: all these impulses grow out of a need to overcome our loneliness. But that's not enough. The playwright needs but fails to show the roots of this loneliness in a way that causes the audience to say: yes, I get it, or isn't that moving? There's a play here; the playwright just hasn't found it yet in this mixed jokey and surrealistic vehicle.... Read more Read less

See it if you enjoy average sitcoms.

Don't see it if you expect a show with this premise to have something to say about it (they just use it as a jumping off point for bad jokes and melodrama).

See it if you enjoy an unusual plot with lots of humor and great staging. Sounds like a Fringe kind of plot but is very well done. Nice lighting.

Don't see it if you like a straight drama or a non quirky plot even with a comedy.There are some serious moments and some quite touching.

Also This was a refreshing change of pace and I had fun with this show. 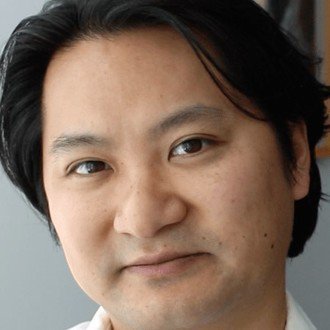 Don Nguyen
Playwright
Get Alerts Alerts On Alerts Off 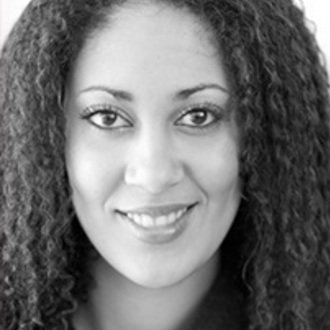 Jade King Carroll
Director
Get Alerts Alerts On Alerts Off 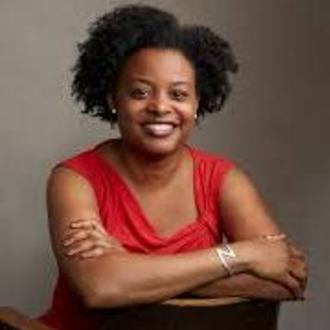 Kaaron Briscoe
Betsy
Get Alerts Alerts On Alerts Off 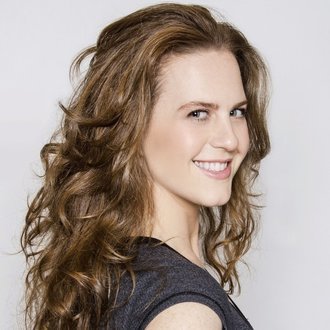 Dana Berger
Shoshana
Get Alerts Alerts On Alerts Off 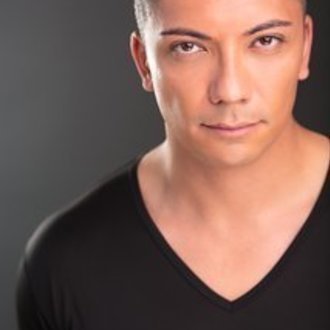 Jon Hoche
Freddy
Get Alerts Alerts On Alerts Off 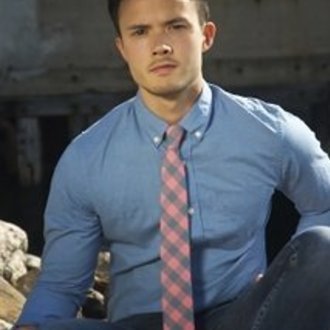 Jeffrey Omura
William
Get Alerts Alerts On Alerts Off