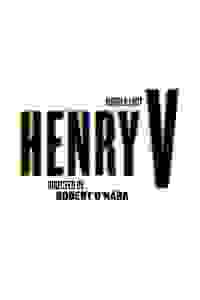 The Mobile Unit brings a warring King and his band of brothers to the Public Theater and communities all across New York, with this stripped-down production of William Shakespeare's 'Henry V.'

Insulted by the regent of France, Britain’s King Henry V decides to wage war and claim the throne across the Channel. But Henry’s charm only distracts the soldiers for so long before the dire stakes of their task call into question the King’s true motives and direction. Resonating across the centuries—wherever there may be a kingdom for a stage, and royalty to act—Shakespeare’s drama about invasion, ego, and leadership, delves into history’s thorniest questions: What makes a person worthy of wearing the crown, and what do they owe the people they lead?

See it if you want a fast-paced, trimmed HV, w/impressive Zenzi Wms as Henry. Lots of directorial flourishes. Humor. Staged in the round. Spare.

Don't see it if you want to get every word. Heavy French accents (ugh) & too much shouting (it echoes). New approach to wooing scene undermines WS's intent. Read more

See it if If you like a different spin to this play, it was well directed, well acted.

Don't see it if confusing at times, a different rendition to the traditional Henry V.

See it if You love all things Shakespeare no matter what.

Don't see it if You want to see some action instead of long drawn out speeches and a rude take on the French with no redeeming quality.

See it if Great acting of a diverse cast, but hard to follow loose plot

Don't see it if Fake accents + ye olde English + acoustic issues make it hard to hear lines. I understood more plot from the acting than the dialogue. Read more

52
Excruciating, The war is missing, Diluted, O’hara & this script don’t bring out the best in each other

See it if you’ll settle. Show’s fine for hearing the famous lines aloud but doesn’t get across why this play is loved (& unclear if it’s intentional).

See it if you enjoy Shakespeare at it's minimalistic bottom. Great casting choices, multiple roles for all. short and sweet

See it if You enjoy Shakespeare. Want to see a rather comical rendering of Henry V.

Don't see it if Are apt to dislike more comical interpretations of Shakespeare's works. Read more

"O'Hara's brisk production gets the story told, from Harfleur to Agincourt to an uneasy peace. But with the pointed exception of this final scene, it doesn't always seem to know which story it's telling. This version isn't an unthinking endorsement of rah-rah patriotism, but it's not really an attack on nation-building either; the critique stays personal. For large stretches it isn't much of anything except fast and mildly funny."
Read more

"Casting a woman of color as Henry brings new layers to this already morally ambivalent drama, and Williams is fabulous...O'Hara plays up the text's humor almost to the point of parody; the French get the worst of it, as the cast goes full throttle into fey Gallic stereotype...Shows are free, so it may be churlish to complain that this production is too much fun...This 'Henry V' is one you can cheer for, but not one that commands your undying devotion."
Read more

"Zenzi Williams charges into the title role with brio...The French King and his countrymen are portrayed with exaggerated snooty attitudes bringing some cartoonish humor into the proceedings, but the versatile ensemble is better showcased sharing the role of the commenting chorus...Mobile Unit productions are best seen as a celebration of our culture and imagined through the eyes of someone who may not be able to afford, or be able to physically attend, live theatre."
Read more

"Williams, in the title role, makes quite clear that she is an actress gifted with a powerful presence and a well-honed classical technique...The rest of the cast is equally adept in classical theatre, but they aren't always well served by O'Hara's direction. His biggest error has been to encourage the actors, when they are playing members of the French court, to adopt caricatured French accents...O'Hara's direction is certainly pacey, but it's hard to detect a coherent point of view."
Read more

"Acted with great energy and professionalism by a multiethnic group of talented young performers under the quirky but mostly effective direction of O'Hara...Williams does beautifully with her delivery of Shakespeare's great war orations...It's not all war stuff. The most crowd-pleasing depiction is that of Katherine...Kettig is very funny... Newcomers to the play, or to Shakespeare for that matter, ought to prepare a bit ahead of time, but even those familiar with both will find much to enjoy."
Read more

"Shakespeare purists may be put off by the...laid-back, loosey-goosey style...Henry V is ripe for this type of minimalist theatrical treatment...Williams has got fire in her eyes and ferocity in her heart. When you hear her Saint Crispin's Day speech, you'll be ready to get up and follow her into battle yourself...O'Hara and Williams also put a surprising twist on the famous fifth-act seduction of Princess Katharine...It's a brave choice, and one that works brilliantly."
Read more

"Though helmed unevenly...this Mobile Unit production scores with Williams in the nominal role...O'Hara's new take...could benefit from a less comic tone and more natural acting. With the exception of Williams, and a few other performers in the cast, the acting becomes too zany...Yet O'Hara and Williams together have opened the door wider for female actors, not only for stepping into the role of 'Henry V', but for tackling other major parts in Shakespeare's plays."
Read more

"In the hands of Williams, Henry V is simply Henry, struggling with his position as king...Williams is remarkable. As is the rest of this ensemble. Ketting as Katherine is outrageously funny...War, the complexities of it, the greed of it, and this battle over land that Henry says is England's, and the loss of it, are all played out beautifully in this most exceptional of Shakespearean plays...Such a great way to bring your child, ten and older, to their first Shakespeare or their 20th."
Read more