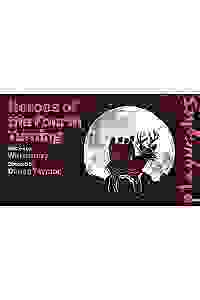 Heroes of the Fourth Turning NYC Reviews and Tickets

Will Arbery's ("Plano") new drama offers an exploration of a country at war with itself, through its story of four young conservatives who have gathered at an after-party in rural Wyoming.

It’s nearing midnight in Wyoming, where four young conservatives have gathered at a backyard after-party. They’ve returned home to toast their mentor Gina, newly inducted as president of a tiny Catholic college. But as their reunion spirals into spiritual chaos and clashing generational politics, it becomes less a celebration than a vicious fight to be understood. On a chilly night in the middle of America, Will Arbery’s haunting play offers grace and disarming clarity, speaking to the heart of a country at war with itself.

See it if you like plays where diatribe dominates the dialog. The range of points of view is interesting and well presented by excellent performers.

Don't see it if you are not tolerant of fast dialog without much information. The where & why are slow coming & some info never shows. Lots of loud noise

See it if curious about young conservative, devout Catholics & how they maneuver in the world, enjoy political discussion and funny, serious behavior

Don't see it if don't want to spend time with young conservatives, have a hard time with unpleasant characters, uncomfortable with religious discussions Read more

See it if you want to see a brilliant, impassioned, uncritical, taut political drama set in the backyard of rural, conservative, evangelical America.

Don't see it if you can't sit for 2 hours without an intermission; you have an allergy to herbal cigarettes; you prefer to live in a political bubble. Read more

See it if 5 super actors. Much political rhetoric (digs on both side) Partner says interesting effective lighting.

Don't see it if 2 hours plus should have an intermission. No need for a lighting director. Does not match the best Wyoming production (Laramie Project). Read more

See it if interested in listening to a foreign set of ideas that might be contradictory to yours; good acting by all; love Michelle Pawk; topical.

Don't see it if 1st hour is very slow in building to the meat of the second hour; you need action, this is all talk; old fundamental values offend you. Read more

See it if John Zdrojeski gave a great performance. Whenever he was speaking it was interesting. Acting was good in general but plot/conversation NOT

Don't see it if WAY TOO LONG. 2 hours NO intermission so you are STUCK. I felt like I had lost all track of time and that it was never going to end. Read more

See it if you like a play about Christian Conservatives with a lot of talk that goes absolutely nowhere.

Don't see it if you like character development and plots in your plays. You will be sitting for 2 intermissionless hours—2 hours that you'll never get back. Read more

5 Stars "Danya Taymor presides over a perfect production that left me with my heart in my mouth and my pen scrambling across the page. (This is the kind of play you know you'll need to read again someday.)"
Read more

"A Play About the Nuances of Conservatism in the Trump Era A group of friends grapple with ideologies in Will Arbery’s 'Heroes of the Fourth Turning,' at Playwrights Horizons."
Read more

"That the playwright makes this garrulous, opinionated crew so engaging -- and their concerns so relevant -- is a mark of his considerable imagination and empathy. This new offering at Playwrights Horizons has its awkward moments, but it brings us into fresh and unfamiliar dramatic territory."
Read more

"A step toward increasing the dialogue — oh, so that's what that side thinks, and why they think it. Thank you, Mr. Arbery. And playwrights of the right, if you're out there, let this be an incentive: With characters and arguments this compelling, you may actually get produced."
Read more