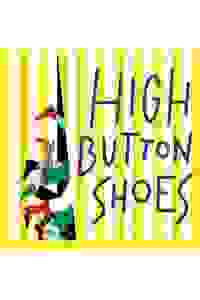 Follow Harrison Floy (Michael Urie) and Mr. Pontdue (Kevin Chamberlin) as they proceed to bamboozle Sara Longstreet (Betsy Wolfe) and her family—inciting a chase from New Brunswick, down the Jersey Shore, to Atlantic City.

Don't see it if Vaudevillian roots show to detrimental effect 2nd act totally falls apart despite Wolfe/Gregory duet But these shows are why Encores exists!

See it if Beautiful dances. The aim of Encores is to go back. It does. It is 1947. Comparison exists. Huge band does the job. The young lad stars.

Don't see it if Do not expect today's standards. It is mid 20th century humor.

See it if Classic Older Musical with dancing, and fun. Its silly too. Has a little of everything.

Don't see it if Its carefree, light and New Brunswick, NJ gets to you. Read more

See it if you like a very light hearted old fashioned musical from Styne and Cahn with original Jerome Robbins choreography.

Don't see it if you like sophisticated songs and dance numbers or lush musicals. Read more

Don't see it if history lesson of 1947 BWY musical structure, style and subject matter is not enuf 4 your entertainment $

See it if you like revivals of old musicals.This 1 hasn't been revived for a reason---it's dull. Despite the usual full blown Encores production, yawn

Don't see it if you want a show that really has something to say, isn't predictable, and has characters you care about.This has none of that.

See it if Some fine dancing. Orch sounds great. But the plot is silly. Urie is funny but not smarmy enough, like Phil Silvers. No memorable songs.

Don't see it if Encores should have done "Little Johnny Jones" instead. It's an antique, for sure, but everyone loves the Cohan score and the "Cagney"scene

"The entire production seems to take place under a double glaze of nostalgia...Urie gives a characteristically skillful performance, but it feels pasted on…That ballet aside, none of the musical numbers land with the impact that makes audiences clap their hands raw, although I enjoyed Mr. Loehr’s and Ms. Hull’s artfully awkward take on the tango. And the jokes are more likely to make you smile politely than laugh out loud."
Read more

“The endless first act has no coherence, no charm, and lots of puerile jokes...The...score is derivative and second-rate. The Encores! performances were efficiently shticky—only Kevin Chamberlin as Floy’s rotund sidekick was three-dimensional. As for the Bathing Beauty Ballet itself, it lived up to its huge reputation, even though the stage of the City Center was too small for it: it looked reduced. But in the middle of the mess that is ‘High Button Shoes’, it shone with the light of genius.”
Read more

''High Button Shoes' is hardly ever performed nowadays. And this weekend, musical theater junkies can learn why thanks to a lumbering and tiring concert revival…Much of the plotting is clunky and outright baffling, and the so-so score lacks any songs that are well-remembered today…'High Button Shoes' lacks the substance to justify a professional revival…Then again, with more inspiration and better comic ingenuity, 'High Button Shoes' might have at least been more fun."
Read more

"An assortment of enthusiastic actors lost in a sea of passé jokes and just-OK songs. And then something happens...when it all comes together for 10 or so fleeting minutes of heaven...It is an antic delight, and I would encourage any musical theater aficionado to see it. I'd also encourage Encores! to just present this sequence and cut the rest of the show...The jokes land with a thud, the pacing is lugubrious...The production just isn't ready for prime time, and that extends to the actors."
Read more

"That crazy cacophony of choreographic chaos that careens across the City Center stage shortly after the commencement of Act II is the main reason for Encores! to bring back the smash hit 1947 musical comedy...Not exactly a forgotten gem...A pleasant, though not especially distinguished collection of generic ballads and novelty numbers...Urie is indeed a charismatic performer...but director John Rando has him mimicking Silvers, and...it didn't seem a comfortable fit."
Read more

"'Has not withstood the test of time...That it makes little sense as it careens from scene to disconnected scene is as gentle a way as I can put it. Under John Rando's direction, almost every flaw is emphasized, while the show's strengths are downplayed...There are some very good songs scattered here and there...The rest of the cast try to rev things up with lots of frenzied mugging, but snake oil is still snake oil, no matter how you package it."
Read more

"Where the current staging falls flattest is in the star performance...Without a strong star performance, all that’s left in this 'High Button Shoes' is the 'Bathing Beauty Ballet.' And that’s not enough to support the evening. Nor does the rest of the cast capture the ragtag style the show calls for...The music, at least, is impeccably handled. Rob Berman leads the Encores orchestra with such flair that during the rambunctious overture the show sounds like a hit. But not for long."
Read more

"Seventy years after 'High Button Shoes' ended a 727-performance stroll on Broadway, the show hasn’t been back there. An enervating Encores! revival at New York City Center provides clues as to why, even as it showcases songs filled with fizz and wit...Director John Rando’s staging reminds that shoes, high button or otherwise, and comedy require perfect fits – or there will be stumbles...a game Michael Urie strains for laughs, while Betsey Wolfe is too 2019 for a story set in 1913."
Read more