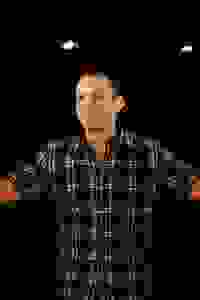 In this solo piece, Barry Levey takes you on an around-the-world adventure as he tracks down Holocaust deniers from Illinois to Iran, on a journey to discover the shocking truth. More…

What role should past horrors play in defining our religious views, our self-perception, even our politics? Is there such a thing as a contemporary Jewish identity independent of the Holocaust? Should there be? What if the Holocaust had never happened?

Don't see it if This is a bare bones piece about a (gay) Jewish man's journey to debunk or affirm the existence of the Holocaust. It triggers everyone.

Also A very tough show to score as entire audience squirms for 70 mins. I had intense reactions as the play progressed & did a lot of silent screaming "No! No! NO". Shown at the 14th Street Y w (by show of hands) exactly 2 non-Jews present & about 50 mostly older Jews, myself included.

The world is racially, religiously, culturally and politically fraught this year and it seems this play is even more painfully relevant today than when it was first produced. In the end, I decided its mission of getting people to understand there are whole communities who are actively denying the existence of the Holocaust is a worthy story to tell. These "alternate" facts are frankly, terrifying. Fake News, indeed.

Oh, you're in a metaphorical hall of mirrors throughout. Honestly, you won't know what the playwright/performer really thinks about it all and you'll feel your knees buckling a little when you leave. It was difficult to applaud, but Barry Levey is a decent storyteller/performer w some charm.

See it if You enjoy a well-conceived and written monologue. Very timely and relevant.

Don't see it if You prefer musicals or larger productions, comedy and light entertainment.

See it if you are overwhelmed by how easy lies are being believed and facts are being manipulated.

Don't see it if you are easily offended or take things out of context without waiting for the big picture.

See it if you want to experience a big "WTF???" w/in the first few minutes. Do your homework. Read show's description carefully. It's quite accurate.

Tries hard to be conversational VS sounding like a lecture. In time, this new reworked & updated version has the potential to flow a lot smoother, landing all jokes & asides, while still being relevant & thought-provoking.

There was a heckler last night whom @ first sounded like a plant. 15min in, she began verbally attacking Barry w/stuff like "FREE PALESTINE" "We're tired of the lies". He tried to ignore her, then asked if she would sit quietly & listen or else please leave. Director Jeremy Kronenberg & a crew member eventually approached her & asked her to leave if she would not stop. After some muffled back-n-forth, she shut up & stayed. Jack-ass.

We were nervous for Barry; he barreled thru. Personally, one of the most uncomfortable moments ever in over 40yrs of attending live theater. 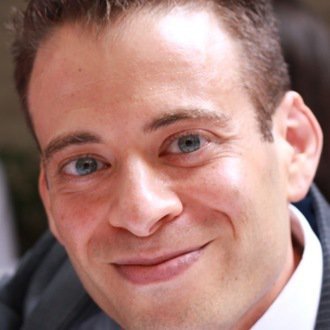 Barry Levey
Writer / Performer
Get Alerts Alerts On Alerts Off 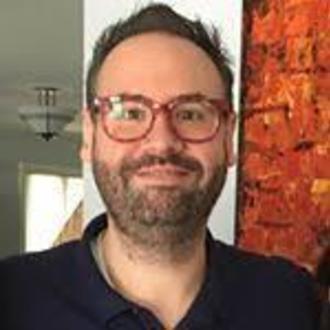 Jeremy Gold Kronenberg
Director
Get Alerts Alerts On Alerts Off

14 Street Y
Producer
Get Alerts Alerts On Alerts Off

Questing Beast Productions
Producer
Get Alerts Alerts On Alerts Off