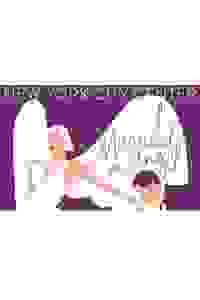 Closed View in admin
I Married an Angel
Midtown W
72
Buy tickets from $43
Score it Scored!

I Married an Angel NYC Reviews and Tickets

Meet Count Willy Palaffi, a jaded banker who swears off women claiming the bride for him would have to be an angel. When he eventually ties the knot with an actual celestial being, there are chaotic and comic  consequences that compel Willy’s shrewd sister, Countess Peggy Palaffi, to save him from his wife’s otherworldly innocence.

See it if you LOVE everythg at Encores; you'll LIKE IMAA. For me, it lacked spark. No stellar performances/songs, some fun choreography. And a harp!

Don't see it if you dislike fluff. Absurd fr start to finish. Mearns dances (like an angel!) but struggles w speaking. James is fun, but not in gr voice. Read more

"Not only does it provide an opportunity to watch the New York City Ballet star Sara Mearns perform the choreography of her husband, Joshua Bergasse, and to hear a Richard Rodgers score suavely reincarnated, but it also makes you think about the role musical theater has often played in maintaining odious social norms...Mr. Bergasse has neither the troops for spectacle nor the directing chops to keep the evening from separating like mayonnaise."
Read more

"The plot is flimsy and meandering, and the score is not exactly on par with the best of Rodgers and Hart. Nevertheless, the production is an elegant affair...One hopes the production will receive a cast recording, which will at least preserve the score (which contains some lovely ballads and a lush overture) in its entirety for future generations of musical theater geeks."
Read more

"Even with a newly adapted script by writers Sandy Rustin and Sarah Saltzberg, this dated, mind-boggling musical is far too outmoded in its attitudes toward women...On one hand, it's interesting to see something like this, where the dialogue and topical references are so of a different era, to examine how far we've come socially over the past eight decades. On the other, producing a show that passes such extreme judgment on female behavior isn't a good idea now."
Read more

"The trouble with opening a jeweled candy box that has been collecting shelf-dust for 80 years is—well, the contents can prove to be beyond dusty. And that, alas, is today’s report on 'I Married an Angel.' What can they—songwriters and librettists Richard Rodgers and Lorenz Hart, at the absolute pinnacle of their talents—have been thinking?..Everything is fine at the Encores! 'I Married an Angel,' actually. It’s just Rodgers and Hart who, most surprisingly, let us down."
Read more

"Capturing again the lightning in a bottle that was a vintage Broadway musical is challenging, especially when a work, for all of its period charms, appears flimsy by modern-day standards. Such is the case with 'I Married an Angel'...The most entirely satisfying component of this concert is the visuals...The performances tend to be spotty...Although the visual and musical sides of 'I Married an Angel' are fairly blissful, the unsubstantial book needs sharper staging."
Read more

"As the title angel, who comes down to heaven to satisfy the marital urge of upstanding Hungarian banker Count Palaffi (a fine Evans), Mearns looks heavenly in a series of white costumes (by Viletti, whose work throughout is gorgeous). But more importantly, she graces the stage beautifully, and proves herself a winning actress with a gentle comic flair. Her angel may have come from way above, but Mearns grounds these featherweight proceedings."
Read more

"Has that ebullient, slightly fairy tale charm that characterizes Depression-era musicals...Tap always lifts your spirits, and the show-stopper in 'I Married an Angel' is no exception...The performances vary...It is Sara Mearns, as the show’s angelic star, who has to carry the show, which she does admirably. Some line readings drop, but she lands most of her jokes. She has clearly been well directed by Joshua Bergasse."
Read more

"Encores! is devoted to reviving forgotten pieces of musical theatre, but in the case of 'I Married an Angel,' it’s best to let sleeping musicals lie. The show is so blatant in its sexism that many of the actors on stage looked uncomfortable when delivering their lines...So tone-deaf to our current social climate that it’s actually shocking that Encores! would think it’s okay to produce...The bulk of Rodgers and Hart’s score is bland and forgettable."
Read more

"A feather-light postcard from a precious era of musical theatre evolution—thin on story, generous with dance, and trying, as it were, to push the form just a bit further...It is a treat to hear Richard Rodgers’ tuneful score lushly performed by the 30 piece Encores! orchestra using the original orchestrations...Mr. Bergasse does a fine job with a book newly edited of its more obvious misogyny by playwrights Sarah Saltzberg and Sandy Rustin."
Read more

"The piece is decidedly old school (and dated) but this fine glossy production allows musical theater fans an opportunity to revisit this silly chestnut...All of the dancing in this show was extremely entertaining...'I Married an Angel' is a perfect choice for the 25th anniversary of this series. Where else can you see such magic resurrected with this level of quality and polish?...The creative team has given this show a beautiful staging."
Read more