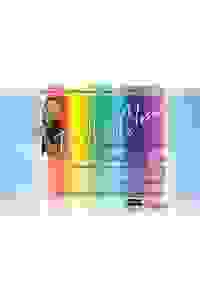 This multigenerational dramedy about self-worth and self-acceptance explores what it means to come of age as a gay man. More…

"In the Closet" centers around four men exploring the various reasons one might “closet” oneself, leaving the audience to wonder: can any one of them ever walk out? The show also explores the complex nature of what it means to be trapped; both the kind of trapping that’s brought about by others and the kind of trapping we do to ourselves.

A portion of the proceeds from this production will be donated to the National LGBT Cancer Project.

Don't see it if You do not like nudity or language that can be ruff. If you want something more upbeat and easier.

Don't see it if Flashback motif takes time to process & then proves to lack any subtlety Take away = hindsight is 20/20; nothing new to human experience

See it if Memory play of four men's reminiscences of their limiting gay lives and by extension, how we all lead limiting lives by choice or not.

Don't see it if Difficult to not walk in cliche when telling a specific story of a very specific group. End of life, cancer, and rape discussions. Shouting.

See it if You’re interested in Gay life and the mentalities of some Gay men. There are many humorous moments but this is essentially a serious play.

Don't see it if You’re not interested in the world of Gay men or you’re looking for a light and breezy production.

See it if like "do U remember" plays, need another take on gay men questioning their lives, want your tears jerked, some good acting despite material

Don't see it if Characters represent self at various ages. Coming out may always be a challenge, but parts of this play seem dated.

See it if Gay men of different ages reflecting on why they go into the closet but also realize why they leave it, even when it seems scary.

Don't see it if 100% about cis gay men aging isn't your thing. Shatters "It gets better" trope. Low budget sets distract you.

See it if and only you can't get tickets to see Torch Song Trilogy.

Don't see it if you go to the theater to see something special, because this ain't the experience you are looking for.

See it if You’re lgbtq+ of any age. Understand the gay male’s plight. It actually surprised me. I wasn’t sure of the direction, but, it steered right

Don't see it if Anti- lbgt or sex talk... and against a show which could’ve done without an intermission. Non-musical, with some music...

Don't see it if you want a big Broadway show with stars, you prefer musicals, you can't deal with serious issues, you are offended by LGBTQ themes

Also I am a straight white woman and I was enraptured by the concept and the superior acting. I loved all the actors and believed every moment! I recommended this play to all my friends. I walked away touched and tearful, as if I went through the experience with them. The only fault was it went on a bit too long and got repetitive. I also enjoyed the humorous touches.... Read more Read less

See it if interesting in different stage of male gay life that performed by four very talented actors; want to see an interesting story

Also Don’t come back late from the intermission. If you do so you may find it hard to catch up with the plot... Read more Read less

See it if Care about gay life’s different stages; smart plot and affective storytelling; with twist in 2nd act;

Don't see it if Ending is a bit weird; set is bare; ppl in front row can block the lower half of actors’ body;

See it if You are interested in gay-centered stories with heavy themes. You like to support small productions.

Don't see it if You’re not interested in LGBT lives. You are expecting a comedy. Despite some witty banter, this is a tearjerker.

Also For a small production, the acting is surprisingly good, especially from Mr. Page and Mr. Rosini. The writing is intelligent in terms of creating realistic, 3-dimensional characters. There is a central conceit, which I won’t spoil, but which you may guess from the playbill alone. Although it provides for some clever moments, I found it leads too often into hokey, overly sentimental territory. In the Closet, in general, feels melodramatic. The plot includes coming out, rape, a mental breakdown and caring for a dying lover. Any one of these subjects could have inspired its own play. Including them all makes the story seem overstuffed and manipulative. Some might feel differently. Several audience members around me were sniffling by the curtain call. I prefer subtler works. Too much shouting, crying and hugging, and I can’t keep from rolling my eyes. Still, this is a heartfelt piece with an admirable message about the importance of self-acceptance, despite the heartache one might face... Read more Read less

See it if You want a look inside the LGBTQ experience

Also There is some great acting here. Better than what you see many times in these smaller productions. This is an interesting take on the LGBTQ experience, although it seems a bit trite being that it is centered on a white cis mans experience. It is funny in a sitcom way but avoids many of the pitfalls of first time writers. The second act tends to wander a bit and I wondered what the author was trying to say. The point of view gets muddled. Occasionally a bad cliche pops up, which is too bad. Still a worth while night at the theater.... Read more Read less

See it if You like psychologically complex pieces about the struggles of being gay.

Don't see it if You’re not interested in gay themes, or pieces that are too dark. This show portrays a lot of turmoil. Not a comedy.

Also Despite the low production values, the writing is intriguing. Paul Page and Ed Rosini give excellent performances. The play is captivating, but too long. Many moments felt repetitive. There’s a lot of trauma depicted; so much that I found it off-putting. The major events of the characters also felt like gay cliches. Looking back, I feel torn. In general, it’s a fairly solid piece. Even so, I had a hard time relating to any of it.... Read more Read less

Don't see it if you are triggered by rape or euthanasia,

Also as we commemorate 50years of the Stonewall Riots and Celebrate World Pride it's nice 2 see an intelligent play about Gay themes where there is no suicide and it gets better... Read more Read less

See it if you're gay or interested in LGBT theme of being in the closet or coming out of it. Great closet metaphor w/ a touch of "Back in the Future".

Don't see it if you're not interested in LGBT theme, small venue w/ obstructed views. The stage is too low & only front row could see actions on the floor.

See it if you enjoy a powerful exploration of what it means to be a gay man in the United States, livened with plenty of humor.

Don't see it if you prefer high tech productions or musicals. This is definitely an old-fashion off-Broadway production with an accent on the acting.

See it if It’s a good story about the life of a gay man during four stages of his life. I felt it was well written and interesting.

Don't see it if If it’s big Broadway you are after.

See it if you would enjoy a play that's a thought provoking exploration of a gay mans life.

Don't see it if You are opposed to gay subject matter.

See it if You like psychologically based shows and shows about gay themes.

Don't see it if You are upset by verbally graphic descriptions of rape. You do not like shows that are almost totally reminiscing

Also I do not know what people are complaining about. I thought that the acting and the writing was just terrific. I have seen a lot of shows about gay coming of age (although this said so much more) and this was one of the best. Of course there will be a certain amount of self absorption and melodrama in the characters and acting--the whole point of the play was a man coming to terms with his past. However, this was done with humor and wit. Of course there will be a small theater, which was perfect for a play that took place in the closet (of the character's mind) and low production values--this is off-off Broadway! Incidentally, I paid $11 TDF, not $35.
What I personally found disturbing was the implied euthanasia, to which I am very strongly opposed.
Unrealistic? I am planning to take a friend whose life experiences and feelings are almost identical to the character's
I liked the pacing and the mixture of drama and humor. I hope to see more from this great playwright

See it if you like good drama and acting.

Don't see it if you are homophobic or if you are not interested in the problems of growing up gay.

See it if you're interested in the difficulties gay men experience at different ages; very good acting; creative writing

Don't see it if gays don't interest you; you like light drama; you don't want to hear profanity, sexual references and a lot of yelling

See it if You are a young, middle aged, or elderly gay male.

Don't see it if You have no interest in the gay experience.

“In the Closet” hasn't been reviewed by any Critics (yet!) 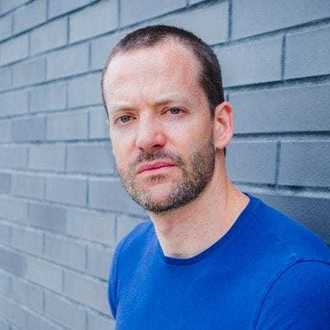 Siegmund Fuchs
Playwright
Get Alerts Alerts On Alerts Off 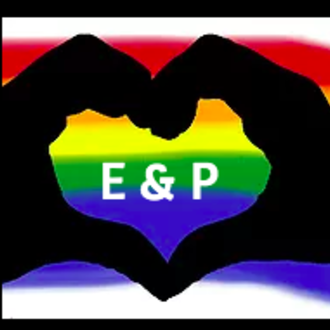 Ebner-Page Productions
Producer
Get Alerts Alerts On Alerts Off 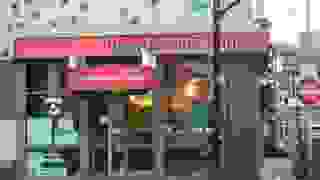 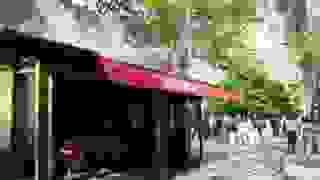 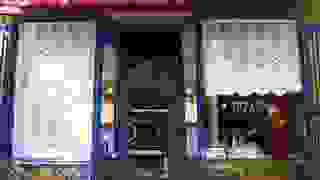 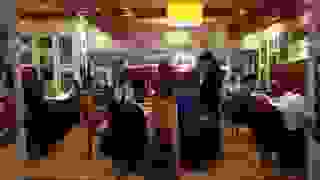