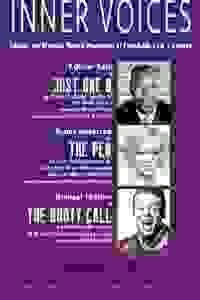 In 'Just One Q,' bitter enemies Bertha and Julynne duke it out at the Broadbend Nursing Home over a game of Scrabble. Benny (T. Oliver Reid), an orderly, narrates the history of their acrimonious relationship.

In 'The Pen,' an everyday morning becomes anything but when a seemingly innocuous obstacle shatters Laura's (Nancy Anderson) routine and threatens her prompt arrival to work. Ghosts of the past collide with present-day demons as she struggles to rise above her compulsion and leave her apartment.

In 'The Booty Call,' a young man (Michael Thurber) receives a booty call while creating a demo of his recent compositions.  The call sends him off on an existential musing of his past experiences with love and intimacy, shedding an honest light on the reflections of a late-20s male living the single life in New York City.

Don't see it if You want to hear more established music. You don't like one-performer pieces. You want more fully developed musicals.

Don't see it if You have a short attention span (show, including intermission, is over two hours long) or dislike musicals, solos or challenging themes.

See it if You want to to see 3 quick stories that get increasingly better. Singing was good, the last one by far the best

Don't see it if you are not ready for self-reflection, or if you don't like monologues.

Also Nancy Anderson gives an electric performance in The Pen. The voice of her emotionally fragile character will stay with you even after the play is over.Bravo!... Read more Read less

See it if The first piece is the weakest. One actor sings 3 characters for a very long time. Tempo is too fast for clear definition of characters.

Don't see it if you don't like operatic pieces that are over-written.

Also Nancy Anderson is wonderful in the second piece, playing a woman with OCD. Again, too long and all sung, but she pulls it off really well.

The third piece is the most successful. More musical than opera. Michael Thurber is very engaging as he tells us his back story on his hesitance to a booty call offer. Very talented. In addition to acting/singing, he also plays the bass and drums.

See it if you want to see two great actors bring some interesting new musical theatre work to life and you are very patient.

Don't see it if you can't stay focused for 2 hours and 10 minutes of three wildly different musical monologues.

Also The nature of a production like this means it's not going to be able to please everyone. As an overall show, it ran over 2 hours with the set change-overs and intermission and it became a little tedious. As 3 mini shows...

Just One Q- Entertaining and comfortable like an episode of Designing Women. Great performance by Reid. Best music. Lyrics and dialogue not great. Jokes don't have room to breathe so humor falls flat.

The Booty Call- A lot of false rhymes. The story was just not terribly interesting and the music and performance were mediocre to me. Pedestrian in all ways.

See it if You like 30 minute, minimalist one performer musicals with talented people and content ranging from very funny to very sad.

Don't see it if The above does not appeal to you

See it if something enjoyable with great singing and acting.

Don't see it if if you do not enjoy show "cases".

See it if you like quality singing voices no matter the topic. You can wait out first 2 to get to the 3rd which is topical, current, fun.

Don't see it if if you can't sit through 2 dull performances and can't wait to bolt!

See it if you like the idea of seeing three stories that couldn't be more different, or if you like to see actors performing monologues.

Don't see it if you have a short attention span, because you will be with the same person and story for about 30-40 minutes at a time.

See it if You want to really understand what it feels like to have obsessive-compulsive disorder. Nancy Anderson's monolog is a perfect description.

Don't see it if The other two monologs are not interesting.

Don't see it if You are impatient to get to Nancy Anderson and must endure an unclear riff on seniors in rest home or to go before last part.

See it if An astounding three act one-person theatrical experience that is profoundly poignant, heartbreaking,!imaginative and brilliant

Don't see it if You don't like solo theater performance, You desire greater exploration of issues rather than a more concise pointed story.

See it if You want a sophisticated evening of unique musical theatre pieces performed by some of Broadway's best.

Don't see it if You don't enjoy solo performances

See it if You like non-traditional musical theatre and unconventional storytelling.

Don't see it if You are looking for a flashy show with big dance numbers and an elaborate set.

See it if you enjoy smart and nurtured works of collaborative theatre, you want to see three brilliant performers show off their well-honed skills

Don't see it if you don't like monologue performances, you want every nuance blatantly explained, you want to see something familiar

See it if you like one-person musicals where the characters don't really do much but explain things to the audience.

Don't see it if you can't handle sitting through one piece which is less than compelling (to put it mildly) to get to the next two, which are better.

See it if you like solo shows. 3 of them. Each one went on too long.

Don't see it if you hate over amplification in a small space. Why? Why? Why?

See it if You want to experience something different. You like scenes acted out via song. Simple yet effective staging. You want to smile.

Don't see it if You want a big production. You don't like singing. You don't want to feel good about what's happening on stage

See it if The idea of mini-operas is appealing, a complete story told in 45 minutes in intriguing, if you want to see compelling talent at its best.

Don't see it if you think worthwhile theatre cannot be found west of Eighth Avenue and south of 42nd Street, or if you are not willing to concentrate on it.

Also In the interest of full disclosure, I was unable to stay for the final piece in this terrific work. T. Oliver Reid never disappoints, and Nancy Anderson demonstrated once again, as she did in I and Albert a few years ago, her great acting skills.

The first piece character is an orderly who has all the keys and sings a song about CAN'T GET THESE HEARTS TO UNLOCK. He tells a touching story about two women in a southern nursing home who were once rivals for the same man. So much story in on 45 minutes!

In the second, Nancy Anderson reminds one of a young Bette Davis in her portrayal of a heart-breaking character. She has such a big voice for such a tiny gal! I felt her agony so strongly that I realize the muscles in my throat had tightened as an involuntary symbol of sympathy.

The music was too loud in both pieces, occasionally drowning out otherwise impeccable delivery of lyric and dialogue.

I rarely say it, but I was knockout out by both performances. Don't miss it!

See it if you'd like to try a somewhat different theatre experience. What are essentially 3 very different short stories are each sung by a narrator.

Don't see it if you don't like 1 person performances; all sung plays; Sondheim. (These aren't as good as Sondheim, but they are sort of like his work. )

Also I am a theatre, not a music person, so my score reflects that. I'm evaluating acting and script rather than the score as music.

The first narrative was weakest. There was something off with the sound system and/or the actor didn't know how to use the mike, which made some lyrics unintelligible.( It's previews, so maybe this will be fixed.) It's set in 1961 .The narrator is an orderly in a nursing home. The story didn't make a heck of a lot of sense. (Please take off the seemingly expensive, modern watch and ditch the shoes nobody wore in 1961. )

The second was better--at least I could understand every word. The story was also more believable, but it became repetitive and the actress sometimes overacted.

The surprise was the third one. I'm a senior citizen and a bit of a prude. From the title alone, I was expecting to dislike it, but I liked it. It was the only one in which the actor was believable as the character. It was a bit raunchy, but also funny and poignant.

See it if You have nothing to do, you don't want to stay home, and you don't mind sitting through a poorly sung and boring first part.

Don't see it if You mind sitting through one very bad first part, a second that was OK, and a third after waiting 25 minutes to fix the keyboard, was funny

See it if you enjoy one-act plays but know that music plays a large part. I prefer plays that are not musicals yet I enjoyed the music the most.

Also I hesitated going to this show because musicals are not my favorite but I do enjoy listening to music. I found the music for these three very different plays to be striking, delightful and perfectly matched to the action on stage.

I think the three performers were very talented but I was not pulled into the story of Just One Q until near the end.

I found myself laughing, engaged and feeling compassionate for the character with OCD in the play called, The Pen.

The third act, called the Booty Call was no exception for me - the music won out over the script.

See it if Like new works in progress. First act too flat. Second and third had momentum and laughs. Live music. Talented actors 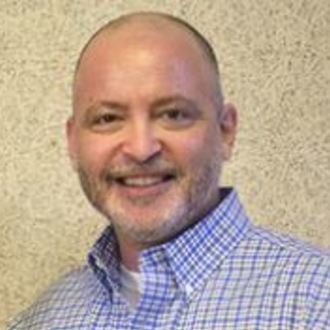 Brad Rouse
Director
Get Alerts Alerts On Alerts Off 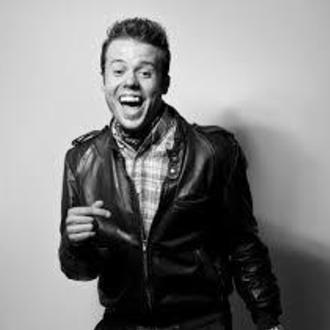 Michael Thurber
Lyricist
Get Alerts Alerts On Alerts Off 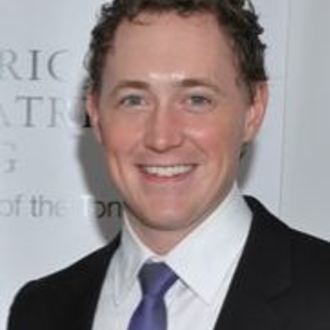 Dan Collins
Lyricist
Get Alerts Alerts On Alerts Off 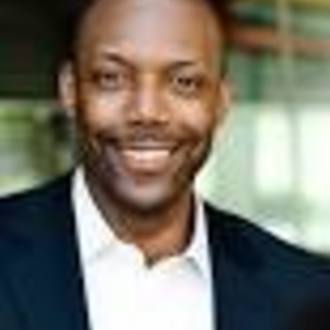 T. Oliver Reid
Benny in 'Just One Q'
Get Alerts Alerts On Alerts Off 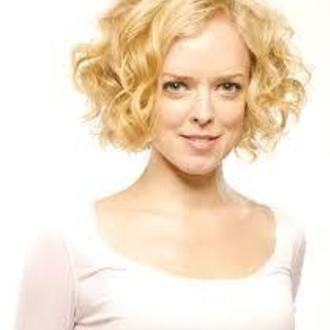