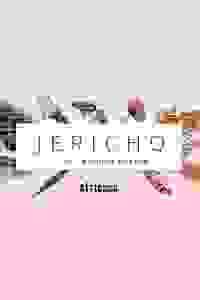 Michael Weller's world premiere drama revolves around the love affair between a scoundrel carousel barker and a maid at a Catholic Young Women’s Inn. More…

His confused violent passion and her simple unshakable devotion form the combustible heart of this dark fairytale for grown-ups. Based on the play 'Liliom' by Hungarian master Ferenc Molnár (which inspired Rodgers and Hammerstein’s 'Carousel'), Weller's reimagining is set at Coney Island during the Great Depression of the 1930s; a place and time when work was scarce, and life was a matter of desperate survival.

See it if y.l.t. see Coney Island in a play; also to say AHA! this is what Carousal was all about, Mixed acting skills. Intimate stage works for us.

Don't see it if you are expecting a musical or if you expect a BROADWAY production. Score is an average of 80 & 75

See it if You like a love story mixup, with hardship, and making peace with oneself.

Don't see it if No action No music,

Also As I was watching the play, that when I know I saw something like this before in a movie with Charles Boyer, 1934. That was a great movie.... Read more Read less

See it if you intend to see the musical Carousel on Broadway. This is an updated version of the play Liliom upon which the musical was based.

Don't see it if you don't like an old fashioned play. Nowadays beating is not considered a display of love so that part of the play and musical is dated.

Also The ending was clumsy and tried to make the play more up to date. Some of the actors need more polish but for the most part I found this updated version of Liliom very interesting especially since I will be seeing Carousel in the spring with Show-Score.... Read more Read less

Also I can’t believe my tag has to do with popcorn but why the hell what a theater sell popcorn and encourage people in the audience to eat it while they’re watching a play? This was incredibly loud and distracting. If the theater can’t figure out another way to make money they should encourage the audience to eat as much popcorn as they want before the show, during intermission and after the show but ask them to put the popcorn away while the hard-working performers are on stage. The casting was spot on and all the actors did a great job. I feel like the writing of the play was a bit light. The hardest part about writing a play is the ending and I thought they did a really nice job wrapping things up in this one.... Read more Read less

Don't see it if you want dynamic performances, interconnectedness of actor to role and/or actor to actor. you dont like odd costumes, odd sets,

See it if you never saw "Liliom" but you have seen "Carousel". Comparisons are interesting. An unusual love story.

Don't see it if love stories are not for you.

Also Even with an insert in the program with an explanation of Michael Weller's love of the original, I still don't understand why he had to write his version of this classic.... Read more Read less

Don't see it if You haven’t the patience for a show that 5 performances in should have been much tighter physically. Notes to the stage manager, please.

Also Much as it tries, Michael Weller's script sheds little light on this dark morality play that with music became Carousel. Still dark, still seedy and unrelenting, this version, by chance coinciding with the current #MeToo moment, tries for the object lesson that the darkness onstage was then, but we know better now. As if.

Weller's device is an ever-present narrator as our guide, one not unlike the Fantastik's El Gallo, but Gwiazdowski's Dr Ruhl, lacking presence, magic or persuasion with the audience just fades into the darkness.

As does the script for the most part, never more than in the last speech, which lacks poetry and a sharper point, to tie the whole together.

Sochet's is quite good disturbingly evil as Tynk; anchors Pope and Holmes are strong and versatile, respectively; Fluter's Jericho has some fine and honest moments, but none of the panache or charm to seduce. James is solid as Soul and Fritz, as is Doyle’s Mary. Sloat's Julie is too stoic, Franco's Lisa too effusive.

See it if You would like an uneven new adaptation of a classic play with some good touches by a talented cast.

Don't see it if You remember well the musical CAROUSEL and will critically judge any other adaptation.

See it if you want to see a strong ensemble cast or are a fan of Coney Island culture.

Don't see it if you're expecting Carousel (based on the same play).

See it if I liked it more than I thought I would. I am told this is based on the story that Carousel is based on. The actors were all very strong.

Also drama with many moments of comedy and. It made me think about the kind of person I am.... Read more Read less

See it if you're interested in an updated, Americanized version of Molnar's Liliom; are a Weller fan curious about what drew him to this quirky tale

Don't see it if a sometimes uncomfortable mix of realism, whimsy and absurd comedy bother you; you don't like authorial flourishes like adding an emcee

Also Michael Weller is an underappreciated chronicler of the thwarted lives of perpetual yearners. He seems drawn toward characters who may be too smart for their own good and make questionable life choices knowing things may end badly. Julie's commitment to Jericho (the Billy Bigelow character in the R&H classic) falls into this territory. However, the experimental structure of Molnar is not a natural fit for Weller, and the addition of the framing narrator/emcee isn't entirely successful. Attic Theatre makes the most of limited resources and does well by the material.... Read more Read less

See it if An updated version of Liliom, on which Carousel is based. Set in Coney Island. Title character renamed Jericho, for no apparent reason.

Don't see it if A remake that shouldn't have been remade

See it if you suddenly wake up one morning and say, "Tonight's the night to see 'Carousel' without the music."

Don't see it if you always miss the songs when you see a play that's been turned into a musical (or in this case, a play based on the original).

See it if you have an acedemic interest in Liliom, Carousel, and new work based on older pieces.

Don't see it if you love Liliom, Carousel, or if it bothers you to see ambitious theatre companies taking on more than they can handle.

See it if you want some good moments in a good attempt at the somewhat familiar story.

Don't see it if you want consistent performances, well developed characters, or smooth scene transitions - this fell flat on professionalism, only mediocre.

Also It was entertaining and mostly well acted. I was hoping for a bit more of a different take on carousel, but really was just the same with out the music... Read more Read less

See it if you have the chance, it was a perfectly written and all the actors were well casted.

Don't see it if your expecting Carousel. I've never seen Carousel or any version of interoperation of this play but that's the feedback I've gathered.

See it if You want the full story behind the Rodgers & Hammerstein's Carousel. It's so cool to see the story not in musical form!

Don't see it if you are expecting the musical or need a full and lavish version of the classical musical.

Also I'm seeing the revival next month and I am now even more excited to see it because i have a deeper understanding of the characters in the musical!... Read more Read less

See it if You enjoy plays that are entertaining and transport you to plays like Carousel and places like Coney Island.

Don't see it if You don’t want to see old revivals and musicals.

See it if like the story of Carousel. The actors work hard during the production.

Don't see it if you only like big Broadway productions. This is a small production produced on a budget.

See it if Easy-to-follow storyline that doesn’t stall. A rather large cast for off-broadway opens up a buffet of personalities

Don't see it if Feels like a long recap of a series where it tells us what to feel instead of making us feel something. Chemistry is lacking

See it if You wanna support a young company.

Don't see it if Writing is incredibly boring.

See it if You're interested in the source of "Carousel" or enjoy serious plays.

Don't see it if you're looking for an evening of bubbly entertainment.

See it if you're interested in the source material or have a personal connection to the production.

Don't see it if you'll be bothered by a wildly uneven cast, comical fight choreography, and a physical production that's trying too hard.

See it if you want to see a drama based on a classic.

Don't see it if you don't like Liliom or the musical Carousel.

Also Generally, the play kept my attention and the actors were engaging and present (which is important in a small theater with few set pieces). The actress who plays Julie is especially talented. She is a brave and honest actor, and we believe that Julie is not only strong and self-sufficient, but also understanding and caring.
The writing is, for the most part, quite engaging, which can also be credited by the brilliance of the original play. However, we miss a couple of key moments, such as Julie deciding to like Jericho. If I had not known the plot, it would've been harder to accept that such a confident woman would take a quick liking to such an aggressive personality.
Sound, lighting, and set design were great, cleverly hinting at the boardwalk and carnival and photo studio locations.
Overall, it's a pretty good play with good (and excellent, for some) performances. I appreciated the ending epilogue about how women had to deal with domestic abuse back then. 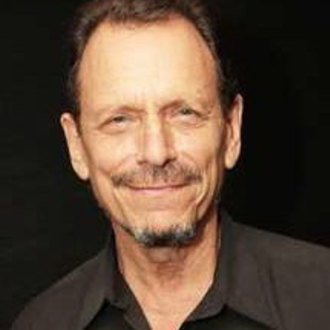 Michael Weller
Playwright
Get Alerts Alerts On Alerts Off 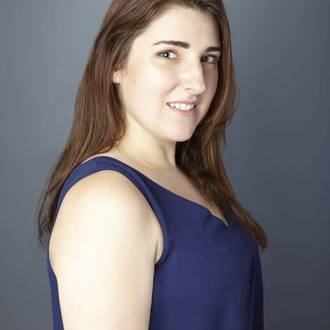 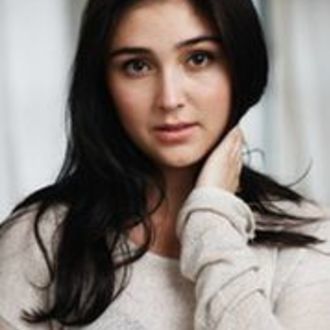