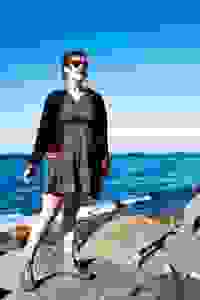 British comedian Josie Long returns to New York with a brand-new, politically charged solo show about optimism, hope, and wanting more from life than it might be up for giving out.

See it if you're still having a hard time getting out of bed after the election.

Don't see it if you voted for the Sock of Rotting Egg Salad that won.

See it if Josie has revamped her show. She has taken current events and given the audience new hilarious personal takes. Ignore previous reviews.

Don't see it if You want your personal opinions ratified. She is the rare bird that flies a new trajectory.

See it if you want a show that is all (& only) about the bubbly enthusiasm & likability of the sole performer.

Don't see it if you want laughs, clever repartee, or insights into Brexit or really anything else. Read more

See it if You like Shakespeare and comedies. Great musical!

Don't see it if You know nothing about Shakespeare-- you won't get some of the jokes.

See it if You've seen a lot of Broadway show.

See it if you're so in sync politically with Josie that you don't mind that there aren't actually any laughs in this comedy show.

Don't see it if you have the chance to see any other comedy show, which might actually be structured, focused, and not so tone-deaf. Read more

"Josie's genuine earnestness and optimism is refreshing, as is the reminder that 'despair is a luxury'...These are familiar liberal ideals that we’ve been repeating to ourselves in the past three weeks, but it does help to hear them again in the confines of a theater...Spending time with her is simply a delight in the midst of the weird despair and the unknowable unknowns of our political climate...It feels like a nice warm hug inside of our liberal bubble."
Read more

"Long’s humor here is of the gallows variety. Yes, she ends with a clarion call to keep the faith, stay activist, not wallow in despair. Important things to say, but not terribly cheering–for the first time, one senses Long needs the inspiration as much as we do. In 'Something Better' she tries to fire up her optimism, with only partial success. It’s studded with excellent moments, but the overall effect is as plaintive as it is funny."
Read more

"In ‘Something Better’ Long addresses Brexit and her place in the world with eloquence and wit…It would be easy to write her off as an old school Lefty, but regardless of her politics she has an excellent ear for a comic phrase. One stand-out routine concerns a meeting with a fellow train passenger...Her account twists one way then another, keeping the audience hooked throughout…Her set is peppered with big laughs."
Read more

"Her enthusiasm for a better world has always been infectious. Her passion is her superpower, convincing audiences a nicer world is possible. But now that the heart of the nation has been revealed as ‘rotten to the core,’ the size of the task overwhelms her. That vulnerability makes 'Something Better' one of the more personal of her political shows…While her side is beaten and down, despair is a luxury that can’t be indulged...If you need motivation into taking that action, Long’s your woman."
Read more

"With her infectious, left-leaning and hugely entertaining show about hope and despair, Long injects a burst of optimism into an uncertain vein…Unless your spirit is particularly mean, Long will win you over, make you belly laugh and–at least in some small way–cause you to reflect on her left-wing beliefs…Long carefully balances the heaviness of her politics with plenty of whimsy...Everyone needs a bit more optimism right now and Long’s perfectly placed to provide it."
Read more