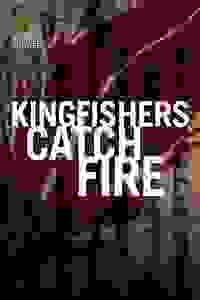 Based on a true story, Monsignor Hugh O'Flahery and Nazi Herbert Kappler were enemies during WWII, and when they meet after the war, questions of responsibility and redemption rattle the cages.

It’s 1948 when Monsignor Hugh O’Flaherty first visits the infamous Nazi Herbert Kappler in the Italian prison where Kappler is serving a life sentence for crimes against humanity. During World War II, the men were adversaries; Kappler was the head of the Gestapo in German-occupied Rome, and Monsignor O’Flaherty was using the cover of Vatican neutrality to shelter and arrange for the escape of thousands of Allied servicemen and Jewish civilians. Kappler placed a bounty on O’Flaherty’s head, but O’Flaherty evaded capture, earning the nickname “The Scarlet Pimpernel of the Vatican.” When these two men meet after the war, profound questions of responsibility and redemption rattle the cages. Based on a true story, Kingfishers Catch Fire examines morality and personal culpability for actions taken during a devastating war.

See it if 2 hours flew by as if it were 20 minutes. I was glued to every word. Superb characters & dialog. Lots to think about afterward.

Don't see it if You don't want to be drawn into a conundrum about human nature and the relationship between man & God. Graphic descriptions of brutality. Read more

See it if historical fact-based drama. An imprisoned Kappler, former head of German police in occupied Rome, visited by the same Irish monsignor who *

See it if You are interested in seeing two very different men discuss morality and culpability about staggering events in WW2.

Don't see it if You don’t like small productions, history, or graphic descriptions of violence. Read more

See it if you want to hear a fascinating post-WWII dialogue between an Irish monsignor and a captured German officer. Based on an actual event.

Don't see it if You expect action and comic relief . This is a true story with nothing light going on . Expect to be challenged and moved.

See it if a play based on the true story of a priest & an SS officer meeting to talk in a prison cell at the end of WWII intrigues you.

See it if If you want to see opposing sides interact. A truly moving story about doing right from two perspectives.

Don't see it if You do not like serious drama stuff.

"Kingfishers Catch Fire Asks: Can a Nazi Be Redeemed? Robin Glendinning's world premiere is based on true events."
Read more

"Even if 'Kingfishers Catch Fire' -- the title is taken from a poem by Gerard Manley Hopkins, that experienced explorer of spiritual thickets -- is less a fully realized play than a pair of powerfully written roles, it is filled with ideas capable of keeping one up at night. The war may be over, but inside these two men it still rages."
Read more

"Strikingly handsome and resembling a young Horst Buccholz, King impresses with both his intensity and his physical stillness when he's listening to the priest. It's a tricky role and if there's a reason to see 'Kingfishers Catch Fire' it's to see King and wish him another plum role in a better play soon."
Read more

"Although superbly staged and acted, this is not light entertainment. However, who go will have a rare theatrical experience that will linger after the house lights go down."
Read more

"Clearly, the playwright intends to expand here the conversation about moral absolutes and moral ambiguity...It is unfortunate that the work of these two skilled performers are unable - due to the script - to usher the members of the audience into any morally satisfying catharsis."
Read more