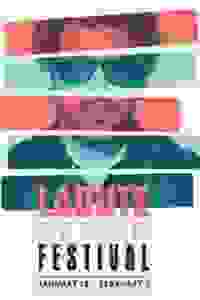 Selected from among more than 400 annual entries, this festival showcases short works by some of the most talented emerging writers from around the world, including work by Tony-nominated playwright and screenwriter Neil LaBute.

'Stand Up for Oneself': Two unlikely hearts collide at a London house party.
'Present Tense': A social media hook up.
'Two Irishmen are Digging a Ditch': A joke with a hell of a punch line.
"The Comeback Special": A sweet Elvis comedy.
'Coffee House, Greenwich Village': A blind date goes terribly wrong.
'Kandahar': A soldier returns.

See it if you are interested is seeing work by new playwrights and/or like the work of Neil LaBute.

Don't see it if are looking for polished, well-developed work.

See it if you like 3 relatively short plays in one evening; you want to laugh out loud during the third play;

See it if you like short plays, enjoy great acting and stories

Don't see it if you don't like short plays

See it if You are not bothered by racial issues.

Don't see it if If you are bothered by racial issues and if you can't deal with someone sort of praising Hitler.

See it if you can't miss a Neil Labute piece - his is by far the best.

Don't see it if you want your one acts to make sense. I feel bad saying this, but the other plays needed much more work.

See it if Intimate setting for 3 different one acts. The acting was superb. I especially liked the last show. Timely subjects.

Don't see it if A very small theatre is not to your taste.

"With superb direction by Milton Zoth and John Pierson, they have an intriguing variety of themes. Touching, humorous, at times shocking and even disturbing, each play has it's own original tenor. Bravo to the playwrights who are bringing new perspectives to the American stage...They are original gems of plays that should have a long life in the theater."
Read more

"Since this is the 'LaBute New Theater Festival,' it's fitting that the most striking offering is the most LaButian: G. D. Kimble's 'Two Irishmen are Digging a Ditch,' which has the audacity and twisty plotting that one has come to associate with the festival's namesake...The rest of the program, save the single contribute by LaBute himself, is pretty thin stuff...'The LaBute New Theatre Festival' isn't worth going out of your way to catch."
Read more

"All told, the 'LaBute New Theater Festival' offers up a solid evening of one-acts by multiple playwrights and a strong company of actors. Much credit should go to co-directors Milton Zoth and John Pierson, who have done a masterful job of finding ways to connect and transition the pieces through a quick rearrangement of the sets, the selection of incidental music, and by the order in which the plays are presented."
Read more

"Three exceptional one act plays and three poor ones comprise this collection...The St. Louis Actors’ Studio’s project of discovering and presenting the work of emerging playwrights is a noble enterprise and the 'LaBute New Theater Festival' is a qualified success in that regard."
Read more

"An exciting evening of new short plays that range from successfully thought-provoking to works in progress that are ready for the next step. An evening of new work that has Neil LaBute’s name boldly attached to the title holds exciting potential...The crown jewel of the night, Neil LaBute’s 'Kandahar,' ends the evening...'Kandahar' is deeply and fascinatingly complicated."
Read more

"As the audience nestled into their seats, compact and too close for comfort, the music foreshadowed the blossoming of passion, love, ardent youth, human hypocrisy, adultery, death and the fight for the glory of life...The 'LaBute New Theater Festival' is at times inspiring like a spring breeze teasing the remnants of a harsh winter. It’s worth soaking your feet in the frothy tide, but don’t expect to get lost in a spirited symphony of superior theater."
Read more

"For any up-and-coming playwright, the 'LaBute New Theater Festival' is a big deal...The problem with 'Kandahar' is that it is exquisitely written, thus highlighting where the preceding one-act plays fall short. LaBute's chilling and masterful final segment hinders the overall effect by overshadowing the very material that the festival is showcasing, as if to say, just prior to the curtain call, 'This is how it's done.'"
Read more

"The production values are rather basic. Patrick Huber’s set design is simple in the extreme. The set changes between plays are a bit awkward, but are accompanied by musical selections that comment, sometimes amusingly, on the previous play...Of the five new playwrights, I thought that G.D. Kimble showed the most promise. Directors Milton Zoth and John Pierson are unobtrusively effective. The evening had its moments, but they were relatively few."
Read more