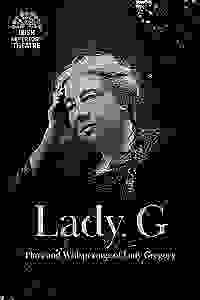 Lady Augusta Isabelle Gregory was the grand dame of Irish Theatre. Today, she is remembered as co-founder of The Abbey Theatre in Dublin and for turning her Galway home, Coole Park, into the mecca of the Irish Literary Revival.

Lady G – an intimate Irish Rep production developed from Lady Gregory’s personal writings and overlooked plays – will explore the truth behind the legend. Beneath the public persona of a dour Victorian widow lies a passionate heart and a wry sense of humor. Her plays “Workhouse Ward” and “McDonough’s Wife“ showcase her playful yet tender vision of Ireland and her people.

See it if you like getting to know a theater personality with an entertaining presentation, well-staged and acted by a cast of 4 in multiple roles.

Don't see it if you want a fast look at the main character's life-this is a pleasantly paced, 4th wall breaking, review with 2 short plays performed within.

See it if you like a very well written and performed show about a very interesting woman. Nice staging on small stage and great acting.

Don't see it if you don't like Irish accents or Irish stories. This show is made for Irish Rep and is very well done.

Also All of the performers are great. I learned a lot about Augusta Isabelle Gregory. I loved the way she sometimes spoke to the audience. The two short plays were gems, one funny and the other poignant. I highly recommend this show which should have been on the main stage.... Read more Read less

See it if you are interested in the story of Lady G, a founder of the Abbey Theatre & a playwright. Wish more of the talk could have been dramatized.

Don't see it if Plays in which the 4th wall is broken & information is given directly to the audience is not your cup of tea.

See it if only know Lady G thru her association w/ Yeats & assumed her own work probably wasn’t very good. Also John Keating like I've never seen him!

Don't see it if uninterested in a literary coterie that seeded a cultural movement & cultivated a national voice that would distinguish Irish writing...

Also from all other English-speaking traditions. I may be overreacting a little but that was amazing! The first segment is the weakest but once the educational/biographical points are outlined, it becomes a vibrant tribute to someone at the nucleus of an artistic resurgence on the cusp of modernity. Gregory’s own plays and life are full of funny, quarrelsome, and disagreeable characters speaking in spellbinding rhythms. Fantastic cast of four deftly shifts foot between comedy and drama and, ultimately, invocation.

I’ve been disappointed before by stagings of “forgotten” works that only remind me of why they were better forgotten. But O'Reilly’s production is a Must for anyone with any interest in the lasting quality of Irish influences, plays, and poems.

See it if you're interested in theatre and/or Irish history;enjoy excellent acting in an intimate venue--Keating was especially good; like eating cake

Don't see it if you have no interest in history; prefer big productions; hate Irish accents.

Also This is a small gem of a show.

See it if A bonanza: a lesson in Irish theatre history, with two excellent little known plays within a play and a piece of lovely warm fruitcake too.

Don't see it if Excellent acting by all, with the fourth wall broken and appearances by literary characters including T.S. Eliot, Singh, and Lady Gregory.

Also For lovers of literature, history, and especially those interested in Irish History, and theater. Very intimate space, with a presentation where every aspect seemingly was made with love. Thoughtful and evocative. One of those moments where you think what a lovely time well spent in the theater.... Read more Read less

Don't see it if you're not a fan of off-Broadway productions; you prefer musicals

See it if Interesting story about a woman who deserves to be better known. Female supporting lead especially excellent

Don't see it if Over 2 hours long. Second half not a good as first, ending with dated melodrama.

See it if Entertaining, interesting and educational play of the life of Lady G which includes two short plays. Wonderful acting as well

Don't see it if If you don't enjoy irish-based plays. Another winner for the Irish Repertory Theater highly recommended.

See it if Lady Gregory,one of the foremost figures in the Irish theatre of the XX cent,introduces two short plays of hers, mixed w scenes of her life*

Don't see it if you don't like plays in vernacular. Strongly recommended to read plays on line in advance:"The Workhouse Ward" & "McDonough's Wife"

Also *devoted entirely to the cause of Irish literature & theatre.
Cofounder of the Abbey Theatre,she
works w/ Yeats,Synge & O'Casey-in the
play- not only to fit specific needs of
the venue,but also to promote strong
nationalistic aims.
As typical of Irish dramatic movement,
the two one-act plays seem to have
almost the same features:dramatic
language, use of the vernacular in order
to make a political statement & economy
of means: three actors, a spare set , and
a quick efficient development of characters w/a sweet moving end to the
first play.The women in black of the second play are a strong reminder of
the women in "Riders to the Sea' by
Synge.
Kudos to the entire production.

See it if The acting at Irish Rep is always great. If you want to learn about Lady G, she is interesting. Act 2 had a funny scene.

Don't see it if You want something quick and peppy.

See it if You want to see a fascinating show about an inspiring figure.

Don't see it if You want an elaborate production.

See it if you are a true fan of Irish storytelling and also theatre history. The story of Lady Gregory and The Abbey is a real gem.

Don't see it if you are wanting fluff. This is Irish Theatre History told through laughter, tears, and romance by some truly amazing actors.

See it if Sonewhat pedestrian as a play but very well acted, with versatile support cast and fascinating details

See it if you enjoy biographical plays performed by great actors.

Don't see it if you only like action packed, sock it to me theater.

See it if You have an interest in the Irish Theatre awakening. Lady G was an integral part but doesn’t get enough credit.

Don't see it if You are impatient with history plays or frequent 4th wall breaks.

See it if you want an intelligent and absorbing 2 hours. What wonderful characters, who are totally real and engaging.

Don't see it if you hate history or have no interest in Irish Theatre and the influence of great literature. Stay away and let others buy a ticket!

See it if you want to see great acting. Also, if you are interested in a history of Irish theatre

Don't see it if Irish accents scare you

See it if Interested in Irish plays and the history of Irish theater. Appreciate good acting

Don't see it if Very small stage and production so if that bother's you avoid this. Not interested in Irish theater don't like Irish accents

See it if Love learning about people and works I never would have. 1st half ended with Lady Gregory cake being served. Liked back story the most.

Don't see it if Glad not a lot of time devoted to the 2 plays as that was not my favorite part.

Also Great use of space
LOVE these actors and performances.
👏🏻👏🏻👏🏻

Don't see it if there is no reason not to see this play although the snippets of plays written by lady G. could have been omitted

See it if You have any interest in Irish drama and poetry, like classic theater and bio plays

Don't see it if Irish dialect annoys you. 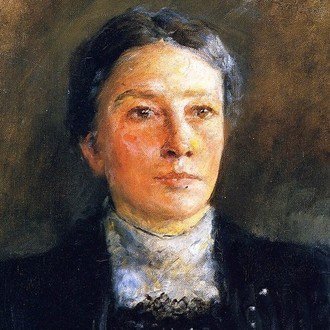 Lady Augusta Gregory
Playwright
Get Alerts Alerts On Alerts Off 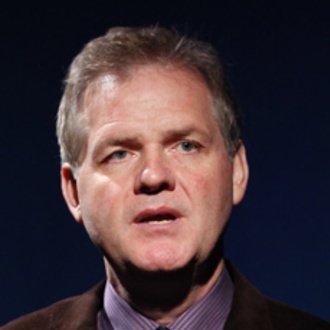 Ciaran O'Reilly
Director
Get Alerts Alerts On Alerts Off