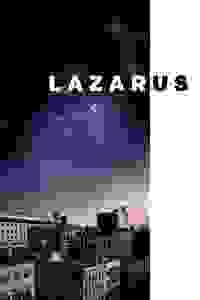 New York Theatre Workshop presents this sci-fi production, with songs by David Bowie and directed by Ivo van Hove, about a human-looking alien who comes to Earth seeking a way to bring water back to his home planet.

Internationally acclaimed director Ivo van Hove returns to New York Theatre Workshop with 'Lazarus,' by David Bowie and Enda Walsh. 'Lazarus' features songs specially composed for this production by Mr. Bowie as well as new arrangements of previously recorded songs. 'Lazarus,' inspired by the 1963 classic sci-fi novel 'The Man Who Fell to Earth' by Walter Tevis, centers on the character of Thomas Newton, an extraterrestrial who lands on Earth while looking for ways to send water to his drought-plagued planet.

See it if you enjoy kinetic performance by Cristin Milioti (Once), brilliantly innovative use of video screens, and David Bowie anthems

See it if You love David Bowie, and don't care whether or not a musical has a plot.

Don't see it if You require a plot and dislike experimental music theater.

See it if You're a fan of David Bowie. You like experimental theatre. You like stories that are open to interpretation. You want great singing.

Don't see it if You're not a fan of David Bowie. You prefer more traditional theatre. You prefer stories that have only 1 interpretation.

See it if you like the music of David Bowie. Also, if you want to see acclaimed director Ivo van Hove stumble.

Don't see it if you like a coherent book with multi-dimensional characters.

See it if you're a fan of Bowie, great performances (Michael C. Hall is stunning), or shows that take you on a journey through a struggling mind.

Don't see it if You prefer a traditional plot, straightforward characters, and a predictable story arc.

See it if you enjoy avant garde theater with good performances , and good music. Bowie's music well interpreted here. The staging is clever.

Don't see it if you require traditional story telling.

See it if you're a David Bowie fan, like the film The Man Who Fell to Earth, want to see creative staging with a lot of projections and balloons

Don't see it if you want a very clear storyline, you're not really interested in anything about Lazarus and only want to go because it's a hot ticket

See it if David Bowie!!!

Don't see it if Expecting Oklahoma!

"The great-sounding, great-looking and mind-numbing new musical built around songs by David Bowie...The script, by Mr. Bowie and Mr. Walsh, switches between passages of flat-footed, literal-minded exposition and cryptic collegiate dialogue...The rest of the cast members don’t always sound convinced by what they are required to say. You become impatient for the characters to stop talking and start singing again."
Read more

"There’s precious little cheer to be had at 'Lazarus,' as it circles around a dramatic void...Despite the attractive ensemble’s sweaty, passionate effort and van Hove’s cinematic staging, there is a book...And that book more often bogs down in a portentous mode one might call In Yer Face Beckett Lite. Walsh’s elliptical, fragmentary scenes evoke a melancholy-menacing vibe, but fail to make us care much...Walsh’s lack of originality and depth makes the enterprise seem more earthbound."
Read more

"So much imaginative horsepower has gone into the project that your contribution (and too often, it seems, your presence) is hardly wanted...The problem, for theatergoers looking for characters and narrative and the other useful trappings of drama, is that with all the visual and aural information, there is almost no room for any other kind. We get tics instead of personality, symbols instead of story, and, with few exceptions, dialogue that is spectacularly uninformative."
Read more

"The show is an alienation alt-musical that channels the trippy dream state of an alcoholic extraterrestrial insomniac. So the two hours of 'Lazarus' are predictably strange, often impenetrable and a tad pretentious, but always fascinating, even when distancing...Whether or not the outre folly of 'Lazarus' pays off is wide open to debate, but this may well be the nearest thing to a Bowie musical that any of us could have hoped for."
Read more

"The artsy stage piece has been directed by the iconoclast Belgian director Ivo van Hove, which guarantees a more theatrical kind of weirdness...There are some new songs in the show, but most of them are vintage Bowie and deeply appreciated during the many dull moments in this baffling show...Hall delivers them with all he’s got. But nothing he says (or sings) is especially illuminating about the show — or why we’re still here, puzzling over what it all means."
Read more

"A work of blistering nihilism, no small sum of inscrutable foolishness and a fistful of the most brilliant contemporary rock you will hear anywhere...I can also say with some certainty that director Ivo van Hove has a rich imagination ideal for this wild ride...Van Hove and choreographer Annie-B Parson — have conspired brilliantly to bring this world — of missed connections, of inner and outer space, of longing and brutal rejection — electrifyingly to life."
Read more

"Hunky-dory? Not entirely. Not yet...That which is outside of the main issue of going home, or not going home, just does not work. That's because you don't care about it, nor about the instigators of the subplots...'Lazarus' has visual sophistication, pan-sexual weirdness, historicism, the eclectic musical rush of the gorgeous. But in the theater, the shadows of characters in song need flesh, bones and reasons to believe in them."
Read more

“'Lazarus' is a jukebox musical by and for people who think they’re too good for jukebox musicals...The source material’s sci-fi plot is largely gone, replaced with chic modernist alienation...Your guess is as good as mine as to what’s going on, though a handful of scenes will stick with you...Equally impressive is how much Hall sounds like Bowie when he sings. The effect is downright eerie — a lot more so than the show as a whole."
Read more