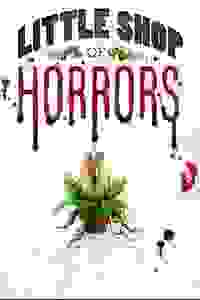 Following an award-winning run in 2019, the hit cult musical is back Off-Broadway with an all-star cast, currently including Tony-winner Matt Doyle ('Company'), Tony-winner Lena Hall ('Hedwig and the Angry Inch'), and Tony nominee Bryce Pinkham ('A Gentleman's Guide to Love and Murder').

Performed in an intimate 270-seat setting, this horror-sci-fi-musical comedy brings audiences up close and personal with the cast and characters, including Seymour, Audrey, and, of course, the carnivorous, megalomaniacal plant at the center of the story.

The 1982 musical is by Alan Menken and Howard Ashman, best known for their musical contributions to Disney movies like 'The Little Mermaid' and 'Beauty and the Beast.' This production, directed by Michael Mayer ('Spring Awakening'), won Drama Desk, Outer Critics Circle, and Drama League Awards for Best Musical Revival.

See it if you're like the show/movie. Great sets, amazing puppet.

Don't see it if Talent was uneven. Some gave great acting some gave great singing. No one did both. Regardless it was great fun with beloved story & tunes.

See it if You're a fan of Little Shop or have never seen it before. Very polished production. Great puppet. Incredible songs. Very fun.

Don't see it if Vocals from some of the cast were a little disappointing but not a reason to not see it.

See it if A lighthearted and fun take on Little Shop. All performances were solid.

Don't see it if You don’t like Little Shop.

See it if you want to see a delightful and entertaining revival of an unusual show starring a man- eating plant. Wonderful staging and great cast.

Don't see it if you like serious dramas or don't want to see a ferocious man- eating plant. Read more

See it if u want to see a jaunty, sentimental, nostalgic, expertly staged, faithful revival of the feel-good horror cult classic (now a pop staple).

Don't see it if you expect a reimagining, updating or contemporizing of the material [This is strictly a by-the-numbers homage, albeit a skillful one.] Read more

See it if You love the show or have never seen it. It’s a terrific, traditional staging of a great show with a great cast (Borle especially).

Don't see it if You dislike the show or these actors, or are expecting a new staging.

See it if you enjoy dark comedy and quirky, off-beat stories. The score is fun and you can’t beat Groff and Borle in an intimate setting.

Don't see it if you’re turned off by human sacrifice. Lol

4/5 Stars "Mayer has wrangled a marvelous cast…Groff's Seymour is a likable klutz with just a hint of deadpan creepiness…Christian Borle solidifies his status as the preeminent musical-theater clown of his generation...And Blanchard is a revelation...She's the heart of the production."
Read more

"The show’s most charming quality is its feeling of having been put on for the hell of it. I’m sure it’s going to make money. It’s a dream cast of consummate pros. But — and my eyes look like hearts while I type this — the infectious energy is pure amateur."
Read more

"Directed at a quick clip by Michael Mayer, this 'Little Shop' is played out on the small, tight stage of the Westside Theater with an ever-growing, masterfully manipulated plant. The close confines give this 'Little Shop' the intimacy of home viewing."
Read more

"You get the sense here that the scale of the production comes with utter intentionality — an honoring of great material more than a quest for profit. And, therefore, that feeling of determined mission permeates everything that’s happening. You’ll get all the feels you need."
Read more

What are the Best Musical Theatre Duets?
We list some of the most popular musical theatre duets songs.﻿ Read more