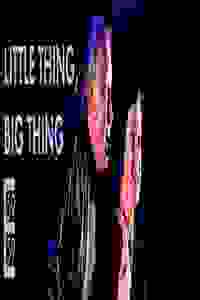 Irish new play company Fishamble presents a darkly comic thriller about an ex-con and a nun who are chased across Ireland for a roll of film.

In Nigeria, a frightened child puts an old roll of film into the hands of Dublin-bound teacher Sister Martha. In Dublin, ex-con Larry, plans his last heist. Meanwhile, Scarab Oil plans to unleash its new clean fuel of the future. As Martha's roll of film attracts the urgent interest of some very powerful and ambitious people, she and Larry take a high octane jump into the brutal world of international energy skullduggery and awaken passions they thought were long behind them.

See it if you like suspense stories, a la Hitchcock. BTLT is crowded w/characters (played by 2 actors) who have a roll of secret film to deliver.

Don't see it if you want a meaningful, coherent plot. But if you like a wild ride, you'll have fun. And the acting is solid. Read more

See it if awesome

Don't see it if do it

"This is a cloak-and-dagger comedy with a pure but unsentimental heart and a social conscience that takes the action to some somber places...'Little Thing, Big Thing' seems to be a bit of a shaggy-dog tale. Not so. A play about goodness, guilt and the willingness to get away with anything, it has an ending that will stop you short, right before it makes you think."
Read more

"O'Kelly packs a lot of convoluted plot (as well as Joycean phraseology) into 80 minutes. By the end, it feels as though loose ends have been tied up quickly not for the story's sake but for the sake of its two actors who seem like they could collapse from exhaustion...Ultimately, 'Little Thing, Big Thing's' plot feels too big and ambitious for a play so small. Its surprisingly dark climax also leaves us wishing that O'Kelly had chosen to keep the ending in Joyce's essentially comic realm."
Read more

"Even as one admires the multitasking actors and the clever, fast-moving narrative, 'Little Thing, Big Thing' too often offers frantic action in place of suspense and emotional involvement...O'Kelly has cooked up quite a yarn, but he hasn't managed to make the resolution of it -- and the fates of its hero and heroine -- into something emotionally binding. This is a diversion that merely diverts, leaving an aftertaste of dissatisfaction."
Read more

"Between Mr. O’Kelly’s very skillful writing and his and Ms. Fox's terrific performances under Jim Culleton’s direction, 'Little Thing, Big Thing' grabs hold at the start and never lets go, a real treat for anyone who has ever been enthralled by the ability of language and impeccable acting to touch the mind and the heart."
Read more

"Outstanding performances succeed in filling out the framework of both the main and minor roles with depth, pathos and believability. Part crime caper, part road play, 'Little Thing, Big Thing' takes us on a wildly imaginative tour from the beautifully rugged County Mayo to the River Liffey and scene-setting landmarks of Dublin. In other parts, playwright O'Kelly's language is rich and colorful enough to rival sentences lifted from the pages of Flann O'Brien or James Joyce...A must-see."
Read more

"The plot can sometimes be hard to follow due to the fast-paced changes in environment and personalities, as well as a slightly cumbersome backstory involving an oil company, Nigerian politics and a murder. But largely, the show drives unstoppably forward, with an infectious, unstoppable momentum powered by the dynamic and endlessly energetic pair at the helm...You’ll have to forgive the occasional overstep. This is a small production in many ways but it has a big heart."
Read more

"The play’s narrative requires that you pay very close attention; following its many twists and turns, and keeping tabs on who’s speaking at any time, isn’t easy...Happily, both Mr. O’Kelly and Ms. Fox are impressively animated, using their flexible faces and bodies with marked versatility. Director Jim Culleton does exceptional work."
Read more

"O'Kelly and Fox switch from one character to another with lightning speed throughout the lickety-split proceedings. They return with equal lightning speed to Larry and Martha. On the varying accents and modulations they're whizzes...At a time when too many playwrights cater to audiences' lack of concentration, it's a pleasure to encounter one who flatters patrons by expecting them to absorb what's put before them."
Read more