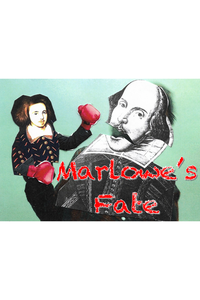 'Marlowe's Fate' is a comedy that begins with Christopher Marlowe’s last terrible night in London and ends a lifetime later with Will Shaxper’s last explosive night on Earth.

See it if you are a Shakespeare or Marlowe completist.

Don't see it if you are expecting a cogent argument that Marlowe authored Shakespeare’s work, or an entertaining play that proposes as much. Read more

See it if if you like a very unusual theory about Shakespeare and Marlowe. Very witty story and wonderful acting. Don't miss the 1st scene of Act 2!

Don't see it if if you are a purist about Shakespeare and don't like any controversy about him. You won't like this play if you have no humor. Read more

See it if You are interested in the Marlowe/Shakespeare controversy, and are open to "what if"; a clever presentation, fun and well researched

Don't see it if you do not like historically oriented plays which poke fun at Shakespeare, and challenge your beliefs, even with puppets to add humor. Read more

See it if You are interested in "who wrote Shakespeare" riffs. Its a very small room and requires proportional energy.

Don't see it if You dont like broad acting. You have little interest in conjecture that can be neither proved nor disproved.

See it if If are a Shakespeare fan and are interested in the history or legend of how he did not write his plays.

87
What can be wrought on a tiny stage!, Clever, Entertaining, Great acting, Thought-provoking

See it if every once in a while your brain needs a shake up and you've already seen Stoppard. This was great fun, everyone giving it their all--Bravo!

Don't see it if You don't want to consider that perhaps Shakespeare didn't write those plays: this makes a case in Marlowe's favor, presented effectively.

See it if A well-written script, capable actors, fine costumes and the barest but serviceable lights and set in another Marlowe/WS dust-up is enough.

Don't see it if You've no knowledge of nor interest in, Marlowe, Shakespeare or who might have written what. Read more

See it if you are intrigued by the “Shakespeare stand-in for Marlowe” theory and enjoy talented acting/writing albeit no climax or arc after Act I.

Don't see it if you reject that Shakespeare didn’t author works attributed to him, dislike silly pointless puppetry, want resolution/climax or shorter show

“More of an argument than a play, and the characters are not much more than mouthpieces for theories that have been more persuasively argued elsewhere. Therefore, the evening makes for, as Shakespeare might state, a very long ‘two hours traffic of our stage.’ This is a pity since there is some fine writing, and there are notable passages that nicely convey Elizabethan inflections and syntax.”
Read more

"Hodges is a more accomplished playwright and literary researcher than director, allowing a great many different English accents to be used. Not only is the acting quite broad, it is also superficial and surface. All of the actors double with second appearances as other characters often following in the very next scene which is quite confusing, though most of the actors are not adept at playing two roles differently."
Read more

“A nifty, literate mystery...The best scene is the battle of wits between Shakespeare and Marlowe, staged as a mock puppet wrestling match...Although the play ends on a dreary note, its illumination of the lives of the characters—each actor portraying multiple figures—keeps the audience on its toes and constantly surprised. Hodges’s easygoing direction and the talent of this five-member cast keep the stylized dialogue zipping along with intensity and humor.”
Read more

“Whether you find this story plausible or not, it works very well within the world of the play...Somewhat reminiscent of ‘Shakespeare in Love’...This isn’t a casual comedy. You’ve got to pay attention. It’s theatre that forces you to listen and think...A mid-show puppet boxing match...Ridiculous as it sounds, it somehow works - and works beautifully...The actors are wonderfully versatile...An intriguing, surprisingly enjoyable exploration.”
Read more

“There is much confusion with the cast playing two and three roles...There was too much confusion what with Jethro Tull music playing in-between acts and the Punch and Judy show with puppets...I was lost in translation as to why much of this play was happening. Also a lot of the acting by the men seemed to border on yelling instead of layering...In need of an anchor and better direction by the playwright. Sometimes you need another eye to stage your work.”
Read more

"A delightful new play...Directed with great skill...Hodges tells a neatly concocted tale of escape, life in hiding and the biggest hoax in world history. He gets wonderful performances from a truly lovable cast. They almost convince you that Marlowe actually did it...It’s hard to believe, though...If Marlowe wrote all those plays and became so famous, why did he never step forward out of hiding to accept the applause?"
Read more