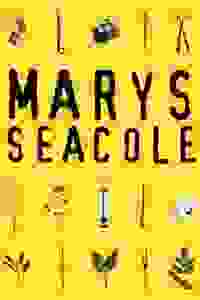 Her adventures take her across oceans and eras, from a battlefield of the Crimean War to a contemporary nursing home, and many times and places in between. "Marys Seacole" is an exploration of what it means to be a woman who is paid to care.

Wish I Could See Them All
Syosset
50-64 | Male
671 reviews
Get Alerts Alerts On Alerts Off
75
Thought-provoking, Profound, Confusing, Crazed, Loud
April 1st, 2019

See it if "Mary" in many times & places asserts her identity while being bombarded by desperate people in need of care. Rocking & hilarious in spots.

Don't see it if You want everything to make sense. You don't like weird non-linear plays. Lots of screaming and emoting, w/ rumbling & loud sound effects.

See it if u want to learn about a tragically overlooked nursing pioneer in what's as much a bio of Seacole as a director's showcase for Blain-Cruz.

Also The playwright, Drury, tries to pack so much into 90 minutes and the director, Blaine-Cruz, has so many tricks up her sleeve that this fascinating story of black nursing pioneer (& contemporary of the better-known Florence Nightingale) and her influence on generations of caregivers gets lost at times in the cacophony of sights, sounds & ideas. A wonderful performance by Quincy Tyler Bernstine as Mary keeps the proceedings grounded. With so much to say in so little time, I wish Drury would have focused more on Seacole & the subsequent generation of "Marys" and less on developing characters (such as the family in Scene I) that are peripheral to the story & lesson at hand.... Read more Read less

See it if for a glimpse into little known American history, different take on women's issues & racism, non-linear but thematic narratives

Don't see it if Need linear storyline & actors playing same character or be guided through themes, don't like feminist plotlines or ingenious chaos on stage

See it if you want to see a very theatrical/inventive show that has a lot going on.

Don't see it if you're looking for a lot of nuance. This one is pretty bold. (And there's a lot going on, so maybe that's ok!)

See it if You love historical fiction plays that make you want to learn more about the character(s) — especially if they’re relatively unknown.

Don't see it if You’re not interested in stories that focus on feminism and racism.

See it if you love great acting by all, especially the brilliant, always spot on Bernstine; beautiful writing, directing and choreography.

Don't see it if you want a linear storyline - here time keeps changing though many attitudes do not; some saintly personas become unsaintly and vice versa.

Also Based on a true story that takes liberties with time, events, personalities and psychology. The play is fascinating. Don't worry too much if you find the play confusing, there are many ways of interpreting and making sense of it all.... Read more Read less

See it if you want to see another great performance by the always reliable Quincy Tyler Bernstine.

Don't see it if non-linear plays are not your thing. This play needs more workshops/readings. It is definitely not ready for prime time.

Also Sibblies Drury has a tendency to take a great idea and add messiness to the script, which does not enhance the play. She did it with the food fight in "Fairview" and here she has the six Marys throw dirt against the wall and scream at the audience. The time shifts can be very confusing. Too many of the actresses are over the top in their performances, taking the audience out of a realistic situation.... Read more Read less

See it if You want to see phenomenal actresses play multiple roles flawlessly. An intricate plot and a commentary on race and immigration.

Don't see it if You want a linear plot and want to understand everything that is happening. There is a great deal of time warping and melodrama.

See it if Seamlessly overlapping reiterations of Marys from birth to the battlefield. Unheralded, unwanted, unappreciated 'nurse' echoed in present.

Don't see it if You dont want loud. Ultimately you have 6 women screaming at you endlessly. Dizzyingly busy and complex with valid points to be made.

Also I'm sorry, I couldn't wait for it to be over.
I appreciate so much of this work; the structure of the play, the set is beautifully dressed to impart time and location. The costumes are wonderful and seem to just appear. The acting is often breathtaking.

Our 6 women play multiple roles. As the scene changes everyone changes so its like someone shook the etch a sketch and we are in a new time.
1850s Mary gives us a soapox thumbnail of her life. (I wanted more history fewer gimmicks) and then we are transported to NOW Mary who is still unheralded and undervalued by the patronizing white family. This section was quite interesting to me. Then there is a sort of pointless beautifully depicted playground scene and practice triage for gunman which seamlessly move back to 1850's Mary's desire to save dying white soldiers in Crimea. Ultimately we have a battlefield which loses its focus. Getting louder as each actress repeats earlier dialog,
WHY IS SHE HUMPING DEAD SOLDIER?

See it if you enjoy original theater that speaks intelligently about relevant issues while being very entertaining.

Don't see it if you prefer traditional linear storytelling with no zany twists.

See it if An interesting quasi-historical, social disquisition on the fate of black women’s role in history told in a swath of connected scenes.

Don't see it if Sometimes the stories are lost in the frenzied change of characters & scenes, 6 women playing many roles, but action is always exciting.

See it if Like a puzzle of a Jamaican woman's life interacting with other women around the world — it mostly comes together to show the composite end.

See it if learn about a person that is not know to us. good performances and mix of different stories/timelines

Don't see it if a bit draggy. some scenes seemed more like distractions from the main/through story line. great reviews so was disappointed overall

See it if Very entertaining play based upon historical figure. The story proceeds in a non linear fashion, and in various time periods.Cast is great!

Don't see it if Following the story is challenging at times. In addition, the accented speech patterns make it difficult to comprehend all of the dialogue.

See it if You're an adventurous theatergoer who likes to take risks and likes plays that take risks.

Don't see it if You prefer dramas that make sense. You hate blood.

Also This play received many positive reviews from critics and regular theatergoers, and that mystifies me as much as Marys Seacole did. After a while I gave up trying to understand what was happening and waited for it to be over. I really didn't see the point of it all. Plus she seemed to be a pretty bad nurse/doctoress. Not for me!... Read more Read less

Don't see it if you need a clear linear plot

See it if you want to be engaged by vibrant theater, learn about Mary Seacole, and see an undercover play about motherhood and the American experience

Don't see it if you struggle with nonlinear narratives, dialect, doubling, or plays trying to do a whole lot of things at the same time. War scenes warning.

Also My reservations about this show largely involve the three-ish separate endings, one of which really didn't work for me (the accusatory repetitions of fragments and lines from earlier in the play) but any one of which committed to would have been preferable to this ending. There was a monologue about what it means to be a mother that was searing and unforgettable.... Read more Read less

See it if Chaotic and intelligent.

See it if You're not afraid to work to keep up. This circling, timeshifting history is fascinating as you catch up and piece together its parts.

Don't see it if You want to be spoonfed, are uninterested in being disoriented, and don't care to see confident direction of difficult work.

See it if You like Quincy Tyler Bernstine. We were lucky enough to see her sub inn the Nether, and excel in Our Lady of 121st Street. She’s exquisite.

Don't see it if You want a straightforward story (nonlinear and confusing), an equally engaging cast, or a story that held your interest.

See it if You want to see a historical story told in creative way that gives it contemporary relevance.

Don't see it if You don’t like theater that is non-linear and spoon fed.

Don't see it if Like a series of fever dreams in a blender; requires audience will care enough to reflect upon all the scenes as a whole

See it if You’re open to experimental theater, bold questions about racial roles in caregiving, and want something provocative, bold, and rewarding.

Don't see it if You’re looking for a straightforward narrative or aren’t open to work that is more about themes and ideas than traditional plot.

See it if you love Quincy Tyler Bernstine, she is one of NYC's best...you like being challenged in the theatre...you like boundary pushing play form

Don't see it if you're expecting something always logical and linear...you don't like to be challenged...you're not ready to bring yourself to the piece

See it if great performances and ensemble with interesting story

Jackie Sibblies Drury
Playwright
Get Alerts Alerts On Alerts Off 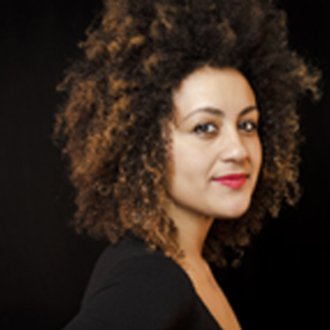 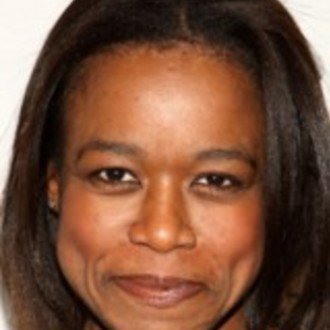 Quincy Tyler Bernstine
Mary
Get Alerts Alerts On Alerts Off 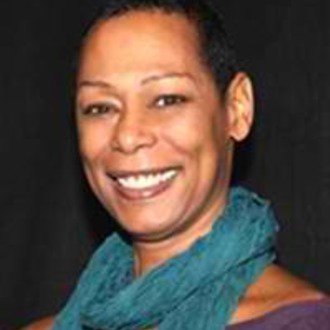 Karen Kandel
Duppy Mary
Get Alerts Alerts On Alerts Off 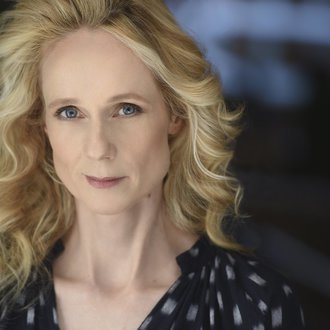 Lucy Taylor
May
Get Alerts Alerts On Alerts Off 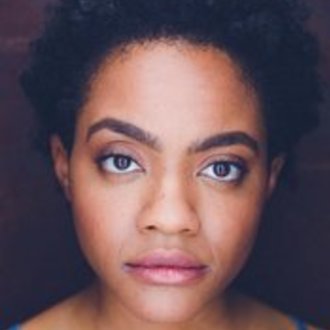 Gabby Beans
Mamie
Get Alerts Alerts On Alerts Off 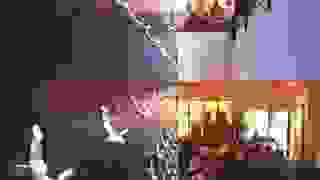 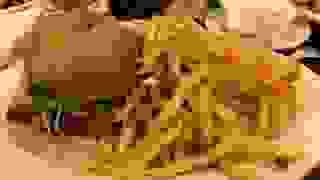 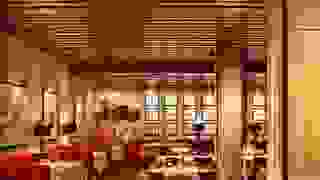 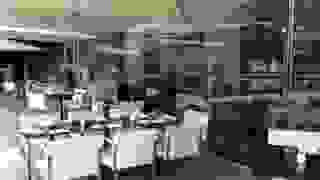