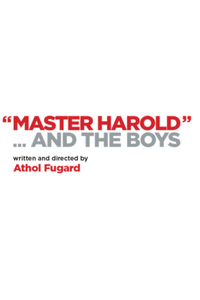 In a small tea shop in South Africa in 1950, two black men and a young white boy joke and dance together, defying the brutalities of apartheid through their joyous love. But festering issues of family, race, and power are not so easy to ignore, and a single phone call can trigger catastrophe. '"Master Harold"...and the boys' reveals the profound personal consequences of oppression.

See it if you want to see a play that hits you like a fist to the gut. Knocks the wind out of you. Scary relevance to who half our nation is today!

Don't see it if you don't like powerful plays that might make you think about who you are or the choices you've made.

See it if was my first review ever! Loved it great acting, directing and super story. Very poignant and consuming. James Earl Jones was brilliant.

Don't see it if You do not like what the story deals about. Touching at times and is not for everyone.

Don't see it if you only want to laugh and sing. although one does want to sing with love and understanding.

Also Although. we had seen the same show in 1962 with James Earl Jones and Danny Glover, I feel that TIME has made this play more powerful at what it says and shows about people and society..... Read more Read less

See it if you are a fan of Fugard, enjoy gripping shows with believable characters played by a trio of marvelous actors & still resonate today

Don't see it if are not interested in South Africa's apartheid system and its relevance to our country today, don't like the South African accent

See it if /4 shattering production impeccably directed by playwright Fugard, personalizing pain of apartheid; fine actors in all roles

Also Attended talkback which dealt with the "elephant in the room" - meaning of play after the election of Trump. One key takeaway: racist lashing-out of teen character, Hally, emerges from similar roots to Trump-inspired white lashing-out against blacks/Hispanics/immigrants; both are based on feelings of powerlessness and shame.... Read more Read less

See it if you don't mind watching three characters reminiscing for most of the show, leaving you wondering what the point of it all is.

Don't see it if you can get a ticket for Sweet Charity in the theatre next door.

Also I'm not sure why this show is getting such great reviews. It did nothing for me. I couldn't stand watching a whiny, annoying kid complaining for most of the show. Since race plays heavily into the "story" (was there a story?), I assume the playwright expected the audience to learn some kind of lesson from this. What that lesson is, I have no idea. There are far better and more engaging works of theatre with similar themes. This one never takes off.... Read more Read less

See it if you are interested in one of the best plays of the 20th Century. Great trio of actors. Very thought provoking given our recent election.

See it if You've never seen an Athol Fugard play.-some very beautiful moments here. "Harold" lacked nuance, but the other actors were quite good.

Don't see it if Insensitive/uninterested re apartheid,aren't up for tough drama, don't like plays w 1 set, little action, no break. Need to lean in a bit.

See it if You are interested in the racial divide that was present in South Africa in the early 1950's;parents are not always blood relatives

Don't see it if You are not interested in Fugard plays and find them dated; expect a lot of action onstage; do not like a lot of dialogue

Also This play is from the early 1950's and has been presented many times. This production is stellar. The three actors are amazing together and the topic is still relevant today. It is not only about racial division, but an underlying theme of absentee parents and the effect on a child.... Read more Read less

See it if You are a fan of Athol Fugard and true life, hard hitting dramas. This isn't light, or fluffy. But the acting is great.

Don't see it if You don't like your plays slow with the last 15 minutes being full of action. People were falling asleep all around me.

See it if you enjoy Fugard although not his most consistent it has a powerful 20 minute close.

Don't see it if long build-ups to a meaningful hard hitting ending don't work for you.

See it if you're an Athol Fugard fan and if you admire great drama.

Don't see it if you have any trouble understanding South African dialect.

See it if It's moving and much needed in these troubled times. Bring tissues and take it all in. Beautifully done. So moving.

Don't see it if If you want a lighthearted play.

See it if You want to see a great revival of a classic play directed by the playwright. I've seen the original and first revival and this is superb.

Don't see it if You prefer light,comic plays with little substance.

284 reviews
Get Alerts Alerts On Alerts Off
77
I had trouble with the accents, Great acting, It starts out at a slow pace but picks up, Relevant
November 28th, 2016

See it if You like plays that are relevant to today's problems.

Don't see it if You prefer humorous plays.

See it if You like Fugard. You appreciate smart, historical emotional drama. You follow history of racial discrimination and inequity.

Don't see it if You want to laugh and be entertained at a play. Like fluff and elaborate scenery and costumes.

See it if You are a fan of Fugard. You appreciate pieces that are though-provoking and social justice oriented.

Don't see it if You don't enjoy dramas that are relationship based and dialogue heavy.

Also The actors playing the boys are horrific and naturalistic. The actor playing Harold is less impressive and quite wooden.... Read more Read less

See it if You're up for a fine example of what theatre does best. A moving, transporting, absolutely truthful study of the human costs of racism.

Don't see it if You expect a fluffy evening or don't want to feel, think or be moved by issues & truths that continue to affect us even here, especially now

Also Master Harold has lost none of its searing, brutal, literally breathtaking dramatic punch or lyricism since its 1982 NY debut, and though this production, directed by its playwright Athol Fugard, seems to take its time getting there, it’s well worth the journey.

A subtle and amazingly well-crafted script that quietly draws in its audience to reveal the corrosive and ugly realities of apartheid and racism, the action in Master Harold is deceptive, mainly the talk and memories of its characters.

A rainy afternoon in 1950, a tea shop somewhere in South Africa — or anywhere, really, anytime; two black waiters setting up tables and practicing for the local ballroom dance contest; the owners’ son, a young teen they’ve watched grow up; and a telephone — what range and worlds are spun from these simple elements.

An especially timely play with strong and memorable performances, Master Harold should be seen and discussed at length by as wide an audience as possible.

See it if You like plays that deftly address serious social issues, or if you like great acting. Leon Addison Brown as Sam is astoundingly great.

Don't see it if You are not interested in serious plays addressing social problems.

See it if you would enjoy a drama about race relations in South Africa in 1950 -- this one starts slowly and builds to great intensity.

Don't see it if you have trouble understanding South African accents.

See it if For a great revival of a deeply moving play set in apartheid South Africa. Coming of age tale that builds slowly to an explosive climax

See it if you love great writing and acting. This play just keeps getting better and more relevant (unfortunately).

Don't see it if can't bear the truth of how little things have changed over many decades as far as civil rights are concerned - here, there and everywhere.

See it if you want to see a definitive production of a modern classic. A-Z, direction to design to casting, is meticulous and perfect

Don't see it if you're a person who complains about "unlikeable" characters. You don't like plays that take their time unfolding.

See it if you enjoy serious theater with challenging themes - in this case racism that lies beneath the surface ready to explode at any time.

Don't see it if you go to the theater mainly for escape.

Also The climax was very powerful but, for me, it took too long to get there. Once the climax was reached, there were some important messages and thought-provoking dialogue.

Although I did not join them, more than half the audience gave the performance a standing ovation. 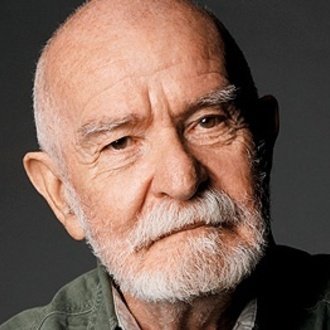 Athol Fugard
Playwright
Get Alerts Alerts On Alerts Off

Athol Fugard
Director
Get Alerts Alerts On Alerts Off 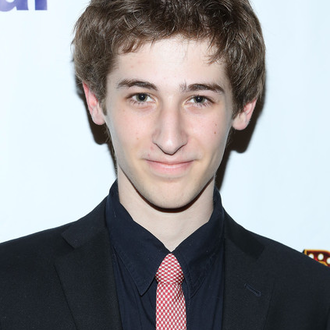 Noah Robbins
Hally
Get Alerts Alerts On Alerts Off 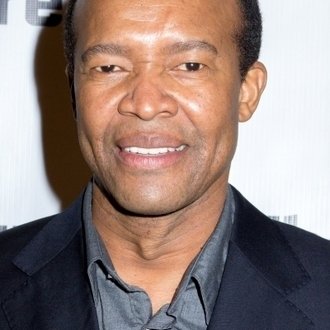 Leon Addison Brown
Sam
Get Alerts Alerts On Alerts Off 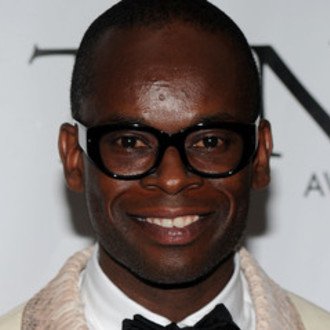 Sahr Ngaujah
Willie
Get Alerts Alerts On Alerts Off 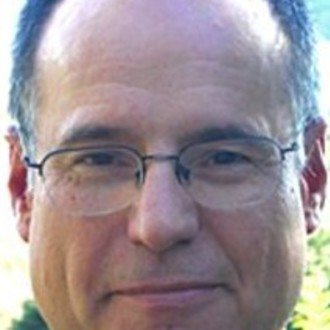 Chris Barreca
Set Designer
Get Alerts Alerts On Alerts Off