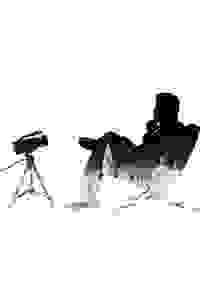 Part of FringeNYC: In search of peace of mind and artistic truth, a gay New York performance artist confronts the ghost of his grandfather, a rabbi killed by the Nazis. A poignant, irreverently funny drama about the Holocaust, AIDS, and existential angst.

FROM THE ARTIST:
MURMURS & INCANTATIONS is a new play by award-winning artist and playwright Dahn Hiuni. It tells the story of a gay, New York performance artist with creative block who fatefully travels to Poland in an attempt to revive his art career, only to be confronted by the feisty ghost of his grandfather, a rabbi killed in the Holocaust.

Harrowing, poignant and irreverently funny, MURMURS & INCANTATIONS explores the anguish and the responsibility of being an artist. It sharply examines the ways in which identity, cultural history and personal baggage affect, impede and shape the creative process. Theatrically, MURMURS & INCANTATIONS is groundbreaking in its meaningful incorporation of performance art into both the form and content of the play. MURMURS AND INCANTATIONS has a haunting original score by internationally renowned Israeli composer Yuval Ron (Academy Award-winning West Bank Story), set and costume design by Peter Hassler, and lighting and projection design by Mr. Hiuni. The full-length play stars Peter Levine, Isabella Knight, Joey Gambetta and Peter Schmitz and is directed by Lewis Magruder.

See it if you're looking for a polished new play with serious themes, relieved by a good dose of humor, finely written & admirably acted.

Don't see it if you're seeking something merely escapist, but that while entertaining doesn't hesitate to touch on both the Holocaust and AIDS.

See it if you want a thought-provoking and exciting theater experience with great acting and great writing.

Don't see it if you aren't open to a painful exploration of loss, forgiveness, and redemption.

See it if You enjoy memory plays for adults, beautifully composed language, and traveling winding roads of discovery. Not to mention great acting!

Don't see it if You're looking for edgy themes and familiar plot lines.

See it if you enjoy great acting and an ambitious play that generally hits most of the marks without being tacky. I give it a B grade.

Don't see it if you are bothered by a play that runs long and deals with topics (homosexuality, Holocaust) that are uncomfortable for some.

See it if you enjoy clever thought-provoking plays performed by great actors. One of the best performances I've seen during Fringe this year.

Don't see it if you want funny, light hearted show. This is not one of them.

See it if very personal art about art

Don't see it if you tired

See it if You enjoy narrative performances by capable, talented actors and enjoy historical, well-written shows.

Don't see it if You prefer a lot of action or dramatics.

"Making a tight knit of multiple stories, Dahn Hiuni’s 'Murmurs and Incantations' also includes moments of levity, courtesy of Ben’s sassy gay best friend, the boundary-pushing Lane (played with pep by the versatile Schmitz). The play takes Ben and the audience on a two-hour journey through distance and time, as Ben delves into the two great tragedies of his life, and offers a gentle testament to the power of art as an act of honesty, witness and survival."
Read more

"It is a refreshing feat seeing a play that is elegantly written, skillfully directed, and eloquently performed. The story is told with simplicity and grace. Schmitz’s portrayals are both vivid and distinct...The transitions between scenes under Lewis Magruder’s direction are seamless and without disruption...My only suggestion is to improve the projection of Ben performing at the monument so that this technical feature aids the storytelling instead of distracting from it."
Read more