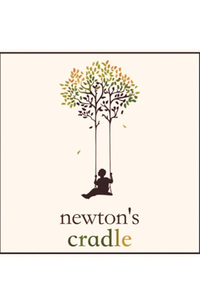 Part of the New York Musical Festival: An autistic man wants to marry his girlfriend against his family's wishes in this fast-paced, non-linear tuner directed by Tony-winning actress Victoria Clark.

See it if I was extremely moved by this show. The writing, acting, music were all outstanding.

See it if An interesting take on autism and relationships, original storytelling and good songs

Don't see it if Want linear storytelling and elaborate sets

See it if you're interested in unconventional family relationships/drama, with good singing and believable characters.

Don't see it if you need a linear narrative (or clearly defined flashbacks), you want each song to be more distinct, or dislike shows that need some edits.

See it if You liked Curious Incident & would be interested in similar settings in a musical. That being said, it's much more adult-themed. Solid perfs

Don't see it if you need a distinct timeline to enjoy a show; it can be a little confusing at first until you get into Evan's character & understand his POV

See it if you enjoy a fast paced show with emotional impact. Strong cast, interesting story and good music. Was on the edge of my seat. Great material

Don't see it if you aren't comfortable with a non-linear story.

See it if Well, you can't now but: You like Victoria Clark. The subject matter of autism appeals to you.

Don't see it if It does not. You are reading this after it closes.

See it if you enjoy seeing into the reality of people living with autism.

Don't see it if You don't like real and emotional scenarios.

Don't see it if you need a very linear, easy to follow story, there's work involved but it's worth it

“Evan’s past - peopled by his vigilant mother, worried father and loving, resentful brother, Michael - overlaps with his present in this warmhearted show. A couple of plot points defy belief...But the score is beautiful, with patterns and loops and cacophonies that echo Evan’s mind. The ensemble is first-rate, and the rapport between the Saunders brothers absolutely translates. It’s Heath Saunders, though, who walks off with your heart.”
Read more

"As one of the most nuanced entries in this year's festival, 'Newton's Cradle' is structured to replicate the brain function of someone on the spectrum...The subject matter, paired with the minimal amount of plot the musical ends up putting forth, leaves the door wide open to trite sentiments, clichéd lyrics, and clinical sermons. Yet, the Saunders family taps a compelling vein within the genre of musical theater, striking a balance that makes 'Newton's Cradle' sing."
Read more

"'Newton's Cradle' itself struggles to find good reasons to sing. The writers haven't settled on a consistent method of musicalizing Evan's struggle, so you're never really able to crawl into his head the way you ought to be able to do with a main character...This is a musical that seems more about a medical message than telling a story or eliciting feelings through musical and lyrical necessity, and apparently considers that a sufficient replacement for punch and panache."
Read more

"The actors are uniformly strong...The music is unmelodic and doesn’t add much color to the show, but the lyrics fare better. The direction by Victoria Clark is steady and clarifies much of the action. 'Newton’s Cradle' has taken on a worthy challenge, but despite the talented cast and director, doesn’t quite paint a cohesive enough picture to match the challenge."
Read more

“Heath Saunders gives a star-making performance in ‘Newton’s Cradle’, a touching musical he co-wrote with his mother Kim...Tenderly directed by Victoria Clark, who stages the show as what it might feel like to be Evan: a dizzying experience with outbursts of bliss and pain coexisting, ‘Newton’s Cradle’ is emotional without being condescending, and in Saunders’ beautiful work we see the agony and joy that it would be to discover the world anew with every single breath we took.”
Read more

"These stories do nothing more than create situations that enable a character to engage in musical numbers that are laden with exposition dialogue and do nothing to move the plot forward. The book needs to focus more on character development to achieve an emotional connection with the audience which convinces them to care...The cast is first-rate...Director Clark puts all the pieces of this puzzle together with a firm hand, but unfortunately it does not create a successful production."
Read more

"Clark deftly navigates most of the material for her actors, anchored by Saunders’ poignant, funny, and heartbreaking portrayal...As composer and lyricist, Saunders is equally as gifted…Where 'Newton’s Cradle' may find more solid ground is in its character development beyond the specific family and relationship dynamics...'Newton’s Cradle' reminds us of the gift of musical theatre, that stories of all kind with people of all kind can be told and honored."
Read more

"The company is terrific, so symbiotic one can’t help but hope they stay together for the show’s next iteration. All voices are excellent...Heath Saunders’s score is melodic and evocative; his lyrics sensitive, uncompromisingly specific, often seamlessly intertwined with dialogue. The book is moving and well researched, every character and relationship credible…'Newton’s Cradle' is a tale told with eloquence, grace, and respect, not pity. We leave uplifted and illuminated."
Read more