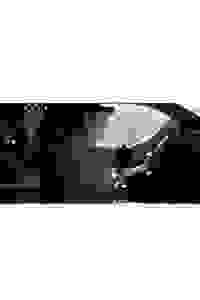 View in admin
Off the Meter, On the Record
NYC: Chelsea
81
Score it Scored!

Off the Meter, On the Record NYC Reviews and Tickets

Irish Repertory Theatre presents this world premiere solo piece, which offers a comedic glimpse into 35 years behind the wheel of a New York City yellow taxi. Written and performed by John McDonagh.

John McDonagh, veteran radio host, has condensed thirty-plus years of activism, reality show antics and observation into a love song to the city that never sleeps.  From the plight of the NYC homeless to the crazy demands of Upper East Side matrons, McDonagh moves from the comedic to the heartfelt and back again faster than the apparition of umbrella dealers on a rainy day. Throw in his tales of brushes with the rich and famous such as driving Stephen Fry to a Queens social club and teaching Top Gear’s Richard Hammond how to drive a cab, and you have an evening of classic Irish storytelling.

See it if Nonfiction storytelling of the author’s experiences. Colorful NY culture and history. Some sadness: “What has happened to my city?”

Don't see it if You are looking for more drama, sophistication, or meaning. Glorifies surviving a bygone underside of NY.

See it if you enjoy true biographical presentations performed by writer, NY history from the 60's til now, cab driver experiences

Don't see it if rambling personal stories are not your thing, occasional self-aggrandizement bothers you

See it if you enjoy witty stories from a taxi driver who's been around (literally). He's very entertaining and has an appealing personality.

Don't see it if you are a Republican or don't like political jokes of any kind. In the latter half of the show, he gets really political.

See it if An engaging show about a man who has driven a cab in NYC for 35 years. Really illuminated what that life is like. Many stories. Fun show.

Don't see it if You don’t like one person shows. If you have no interest in learning about the life of a cabbie. No interest in New York or it’s history. Read more

See it if You like solo autobiographical shows, nicely told NYC stories, engaging performer. It's short, interesting and fun.

See it if You like one man shows. A wonderful compilation of cabbie stories, delivered in a highly entertaining way. Love to learn.

Don't see it if You don't like one man shows. You want a narrative rather than anecdotes. Want a big production.

See it if A great solo show written and preformed by John McDonagh who was a cab driver in NY for 35 years. A delightful and fun show. See it!

Don't see it if Do not see this if you only like musicals , and traditional dramas .

“An amiable bulldog with a level stare and desert-dry delivery, McDonagh is fine company for an hour and a quarter, and his director, Ciarán O'Reilly, has gifted him with a nifty production...The piece is about the ever-changing New York scene and it makes thoroughly clear that he is the quintessential native New Yorker, one who equally loves and loathes the city he can't do without. If you spend an hour with him in the driver's seat, you can expect a smooth, entertaining ride.”
Read more

“McDonagh isn't the first to cite that cab driving in New York City can be downright dangerous, but he surely communicates it more colorfully than anybody else...While ‘Off the Meter’ doesn't transcend the limitations of the one-person genre, it's a gem that takes us from the world of the checker cab to the land of Uber, Lyft, and Gett. Subtitled 'Driving New York Crazy for 35 Years,' it's ironically a very sane and novel look at the Big Apple from a seasoned taxi driver's perspective.”
Read more

“It's hard to think of anyone who could who could do justice to the New York cabby's life better than John McDonagh…And justice he does in ‘Off the Meter On the Record’…, his often hilarious one-man show...He seems more the working-class guy next door than a polished actor. Much of his stuff is very funny, the more so because it's grounded in reality...We see the embodiment of yet another New York institution on the brink of extinction, making his words resonate that much more poignantly.”
Read more

"McDonagh’s one-man play will have you laughing at his 35-year plight behind the wheel of a NYC yellow taxi cab...McDonagh is a likable fellow, with a welcoming presence...During his well put together show, McDonagh illustrates how the city, the people and taxi’s have changed in the past four decades...McDonagh delights in his tales...The show is well paced...’Off the Meter’ and John McDonagh are a pleasant way to remember the past, while laughing away the future."
Read more

"This thoroughly entertaining piece takes us through 40 years of loopy, can-do political gesture, misadventure, and unpretentious observation of human nature made while navigating the city he loves...The performer’s New Yawk accent i.e. his man-of-the-people roots, easy manner, integrity, and keen-eyed humanity, make my comparison to Mark Twain organic...Director Ciaran O’Reilly allows the artist to be natural, yet utilize the small stage with creativity."
Read more

“This engaging production runs on all cylinders...McDonagh comes across as neither particularly endearing nor welcoming...He speaks with an air of authenticity and just a hint of attitude—in other words, as a quintessential New Yorker...The only problem with the show is that it’s too short...An absorbing portrait of a city and society in continual flux, as told by one who has lived through it, ‘Off the Meter, on the Record’ makes for an extremely satisfying journey.”
Read more