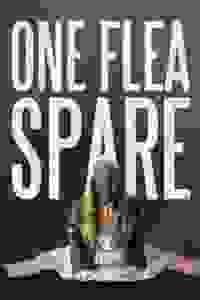 A wealthy couple is preparing to flee their home when a mysterious sailor and a young girl sneak into their boarded-up house. Now, quarantined together for 28 days, the only thing these strangers fear more than the plague is each other. Definitions of morality are up for grabs and survival takes many forms in this fiercely intense and darkly comic play.

See it if see below

Don't see it if see below Read more

See it if You crave a true theatrical experience. Fine acting, dramatic yet humorous in depicting the foibles of humans facing real fears. Serious fun

Don't see it if Don't bring your children. The plague and power/sexual politics were inappropriate for the 10-year-old seated next to me. Strong stuff

"This is a very spare production...but one that is made incredibly compelling through exceptional performances and tight, complex writing...By stripping away all the distractions, the performances create an intimacy with the audience that is electric. Dialogue is the major star of this production, but excellent actors can elevate even the most thoughtfully written words to otherworldly places...This is a story the will stick with the viewer long after experiencing it."
Read more

"The script surges with both beautifully poetic monologues and starkly blunt observations about death. Director Caitlin McLeod creates gripping scenes, smartly playing with levels of physicality in order to emphasize the games of power that the characters engage in together...The cast tends to make piercing, declaratory choices for important moments. However, they also find clever smaller moments to imbue their somewhat archetypal characters with humanity."
Read more

"Director Caitlin McLeod scales down the sensations of an epic play to the intimacy of the black box of the Sheen Center beautifully...The approach of making eye contact with the audience, especially executed by Bonner and cast member Remy Zaken, connects and communicates the text directly in a palpable and powerful way...'One Flea Spare' is truly a masterpiece. Every element of the production exhibits unspoiled harmony."
Read more

"Zaken maintains a remarkable, if manic, charm throughout. She is the flashpoint for much of the action and we rely on her Puckish energy to keep things moving...This was a tedious evening in the dark. It’s not so much that anything’s wrong as that it’s preternaturally grim. When the lights came down and up at the end of the first act my thought was: 'Thank you, Jesus! It’s over.' But it wasn’t."
Read more

"Playwright Naomi Wallace is here intriguing and poetic. Historical description is trenchant. 'One Flea Spare' contains deep sensuality, volatile sex (not actually seen) and palpable seduction, all heightened by the nearness of death...Background stories are rich, relationships fascinating, characters well drawn. A horrible end works well...Except for the affected Gordon Joseph Weiss who acts as if he’s the only one onstage, the company is strong and cohesive."
Read more

"Ably directed by Caitlin McLeod in an exceptionally rendered production...The script’s incredible word-craft lures us with grotesque, highly imagistic descriptions. Each of the characters speaks poetic descriptions and all of the actors master this poetry and song with rhythmic cadences that grip the audience and make us focus on the beauty of the language...What a heavenly, brilliant production of a great play."
Read more

"Two relentless hours of powerful, if markedly cerebral, dialogue, with a number of narrative surprises...McLeod has staged the play with a great deal of dance-like movement that complements the musicality of Wallace’s text and depicts the play’s eroticism and violence vividly but with a certain delicacy. Despite occasional lapses in dialect, the five actors handle the lyrical qualities of the playwright’s lines and speeches effectively and function throughout as a balanced ensemble."
Read more

"Wallace’s four main characters are savagely portrayed by the actors...It’s a challenging play for the director, the actors, and especially the audience...There’s no proverbial 'hero' in 'One Flea Spare.' However, if one of the missions of theater is to provoke, 'One Flea Spare' goes above and beyond. The story takes place in 1665, but the themes are eerily relevant 351 years later."
Read more

"'One Flea Spare' is immediately brought to life in a space that, though bare and understated, nevertheless creates the perfect atmosphere in which the play's scenes can unfold...In fact, while the cast and the staging and the direction of the show undoubtedly create a well-crafted experience, it is the writing that stays with you after the show ends. The characters speak with a somber poetry that recognizes beauty and horror, darkness and light as by the same token."
Read more

"This 20th anniversary NYC revival of 'One Flea Spare' is a handsome mounting indeed...Ms. Wallace’s tale is nimbly staged and directed by Caitlin McLeod...This tight ensemble delivers a challenging two hour discourse on class, manners, survival, compassion, and love in times of plague, both within and without. The play is well worth the time to examine from another perspective whatever plagues us in these times."
Read more

"Wallace's cerebral, muscular language can make the story hard to follow at times. But the words have a lyrical quality that one can enjoy even while being confused. The language is a kind of music to one's ears. Under director McCleod's astute direction, the characters rise, repose and kneel, creating variety in their movement, so that the proceedings never feel static for too long...The performers, and the playwright's lyrical language, are worth the price of admission."
Read more