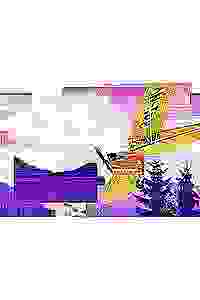 Harry Hamlin ("L.A. Law") and Stefanie Powers ("Hart to Hart") star in a drama about the aftereffects of a plane crash.

One plane, two actors, and three intricately interwoven stories. Joshua Ravetch’s new play explores human connection brought on by tragedy in the aftermath of a plane crash that ripples across the lives of six characters.

Don't see it if Disasters happen.Talented TVtwosome (one tussled on screen with Tallulah and one with Medusa) deserve a better engineered property than this Read more

See it if Powers and Hamlin do their best with a limited script to make this play entertaining; interested in seeing them on stage.

Don't see it if not much substance and can seem like a bad comedy show; the writing is poor, set is awkward; video between costume changes doesn't work.

See it if Only to see these actors if you are a fan. I like 59E59 and try to attend many of their shows.This was not a winner.

Don't see it if Disjointed, awkward play. So contrived -words and topics were mentioned in each of the three scenes, but not subtly or interestingly... Read more

69
Acting very good. story not so.

See it if You are a fan of Stephanie Powers and Harry Hamlin. Both very good.

Don't see it if You're looking for a deep play.

68
Better than i thought, Great acting

Don't see it if You are looking for a big flashy Broadway type play. The set is interesting but it’s very black box style Read more

See it if you like to see famous tv actors.

Don't see it if you are expecting anything interesting.It is dull, pointless, predictable. Avoid if you can.

See it if You want to see these stars. This is an interweaving tale with art references, the pain of loss, the randomness of life.

Don't see it if You are put off by the frequent pauses for costume changes, odd lighting, but she can still carry off those spike heels.

See it if You are a fan of either Harry Hamlin or Stefanie Powers. You really enjoy two handers.

Don't see it if You dislike pieces that rely a bit too much on fortunate coincidences. Are tired of the same old family-dynamics you've seen before. Read more

"TV Stars on a Bumpy Flight: Harry Hamlin and Stefanie Powers bring a measure of glamour to a patchy two-hander about three sibling pairs and one downed airplane."
Read more

"'One November Yankee' is the second attraction I've come across in the last few days…that plays like a star package airlifted from the straw-hat circuit. It would be fun to see these stars under any circumstances, but here they are trapped in a vehicle that remains stuck on the runway."
Read more

2/5 Stars. "The most interesting character in the show is the broken-down Piper Cub plane that dominates the stage. Unfortunately, none of the flesh-and-blood characters are as compelling as Crumpled Plane."
Read more

"Beloved TV stars Harry Hamlin (L.A. Law) and Stefanie Powers (Hart to Hart) not only work their proverbial tails off to make even the weakest material sound believable, but audiences can simply bask in the glow of the duo's ever-present glamour when the ride gets particularly bumpy."
Read more

Beloved television stars Harry Hamlin and Stefanie Powers return to the New York stage in Joshua Ravetch's One November Yankee. … It is their star power which keeps this old-fashioned, rather sit-com-ish, interconnected triple bill as lively and as entertaining as it is despite clichéd writing and passé jokes.
Read more

"Despite their heroic efforts, Ravitch's script lacks the sophistication and strength to match the formidable skills of the cast. The failure of the sound and the persistent cellphone ringing in the front row made this performance of 'One November Yankee' an unfortunate challenge for an accomplished cast."
Read more