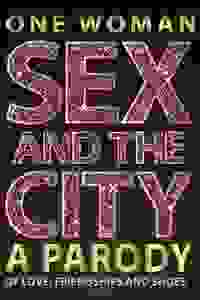 Closed 1h 35m View in admin
One Woman Sex and the City
Midtown W
81
Buy tickets from $31
Score it Scored!

One Woman Sex and the City NYC Reviews and Tickets

Direct from the Edinburgh Fringe Festival comes this one-woman love letter to Manhattan, a comic sendup of the hit HBO series.

Twenty years after the groundbreaking TV series first premiered, "One Woman Sex and the City" takes audiences back to relive the iconic moments from all six seasons of Carrie, Samantha, Charlotte, and Miranda's adventures in New York City. Designed to feel like a brunch date with all your best gal pals, Kerry Ipema utilizes her timing, physicality, and impersonations to bring to life the beloved characters.

Don't see it if you don't know the TV show...you'll be lost. Not much substance, but fluffy fun re-living 6 seasons. Sisterhood in the room. You'll laugh.

See it if You like Sex & The City and recognize the characters. Ipema is very funny and very charismatic.

Don't see it if You don't care for one-actor comedy shows. Read more

"Described as a parody of 'Love, Friendships and Shoes,' Kerry Ipema, (an American writer, actor and producer) has created this super, sassy show to celebrate the enduring success of this comedy series...If you want to re-live your favourite moments from 'Sex and the City' live on stage, then rush to see this hilarious one woman show performed with vivacious energy, outrageous humour, Olympic athleticism and showbiz pizzazz. Raunchy, racy and radical."
Read more

"This is Ipema’s first parody, and it is well-written, clever and funny. She is neither gimmicky nor predictable. Ipema is an actor and those are the skills that sustain her across all of those characters’ gestures, attitudes, and voices...At a time when so much attention seems to be directed toward girlfriends behaving badly, it is nice to see a show that confirms what most women know to be true—men may come and go but true girlfriends will always be there to help you move forward."
Read more

"Ipema switches between the core cast and their love interests with staggering ease. She embodies their mannerisms so well it often feels like we are watching a cast of characters, not a lone performer. The show is a love letter to female friendships, relationships and, of course, shoes...'One Woman Sex and the City' is smart, sassy and has a satirical edge, but I wish it could have been slightly longer – it was all over far too quickly and I left wanting more."
Read more

"Ipema, and her writing partner TJ Dawe, do a skillful job at poking fun at the faults of SATC which are so recognisable in hindsight, but far from ruining the beloved series, it only leaves the audience members talking about how much they want to go home and re-watch the entire thing...A joyful, laugh-out-loud celebration of an iconic series, and a must see for fans of the show, or anyone really."
Read more