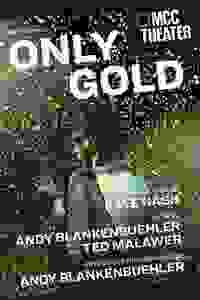 Only Gold NYC Reviews and Tickets

A new musical about a royal family visiting Paris, and the fallout that occurs.

The show, described as an electric theatrical dance musical, follows, a royal family’s arrival in Paris as a storm of activity is set in motion, forcing royals and citizens alike to question the decisions they’ve made. As allegiances and affections are tested, they must seek out the courage to follow their hearts.

See it if you want to be uplifted by a great story told through dance, song and narration-the cast, orchestra, choreography, sound and lights are tops

Don't see it if only deducted a point for a crackling speaker at one point. See this show.

See it if Intricate and stylish dancing woven into a beautiful musical which felt like a fairy tale. Kudos to the entire cast.

Don't see it if If you prefer a serious drama then skip this one.

See it if a dance musical is your forte. was trying for something different. well staged

Don't see it if want varied music. songs didn't really add much - they were more atmospheric instead.

See it if you're into a unique show that's both rock musical and dance feast, featuring the best dancing seen on Bwy or off in years. Energetic & fun!

Don't see it if you're not into dance - there is a LOT of it.The show could have been half as long,Nash's catchy rock tunes are great but do get repetitive.

See it if you love choreography, the dancing is wonderful.

Don't see it if you want a valid plot and don't want to deal with problematic lyrics. I was interested until the 2nd act started.

See it if you are willing to accept middling choreography and music performed wellTalent on stage is somewhat wasted. Hadestown does this genre better

Don't see it if you want a better caliber of material. It is frustrating to think how much better it could have been. Interesting premise, well performed

See it if you want to see tremendously talented dancers doing a great job! One of the most well danced shows ever!

Don't see it if you need an intriguing story or interesting narrative.

See it if you are a fan of dance. The choreo is fantastic I suggest a seat at least half way up to get the full effect

Don't see it if you don't like dance heavy shows

"In 'Only Gold' the simplistic story and trite dialogue drag the dancing down. Perhaps the authors spent too much time listening to their hearts and not enough to organs higher and lower."
Read more

" 'Only Gold' captures the magic of old Broadway, but with a contemporary take on balletic choreography and a sharply crafted score, altogether making this resonant story about love and the time we dedicate to it extraordinarily refreshing."
Read more

It's the perfect setup for a Rudolf Friml operetta from 1922, with script notes from Barbara Cartland, and what co-authors Andy Blankenbuehler and Ted Malawer were thinking of is anyone's guess. The script is loaded with woozily uplifting aphorisms like, "It's hard, isn't it? To listen to that voice deep inside of you." Or this: "If your heart called out, first a whisper, then a scream...would you listen?...Next to this, John Logan's book for Moulin Rouge sounds like something whipped up by the entire Académie Française.
Read more

"It’s all such a silly, warmed-over pile of clichés. The text – the pretext – merely serves to distract us from some captivating, if relentless dance numbers: two dozen in all."
Read more

" 'Only Gold' is polished and charming and thoroughly enjoyable, and the dancing is killer. That’s more than enough."
Read more

“ 'Only Gold,' tries to squeeze a third couple into that musical-theater formula — and it produces a very unfocused and confusing first act."
Read more

“ 'Only Gold,' at MCC Theater, brings a surge of energy, such as one needs to become a woke person. Woke, in this case, means listening to your heart regardless of what society may dictate."
Read more

A cast of 20. An original story, not based on a book or movie. Plenty of dancing. Few modern musicals have all these things, and that Only Gold does indicates the breadth of its ambition. Set in Paris in 1928, the show features an ensemble in near-constant motion on an art deco–styled stage with a long, winding staircase whose banister extends into a circular fixture suspended above the stage amid a sky of globular lights. In design and concept it’s a very ambitious project indeed. Or maybe it wasn’t ambitious enough, because despite the glamorous set and costumes and a cast of fan favorites from theater, TV and music, Only Gold lacks an essential component: a cohesive story of any consequence.
Read more